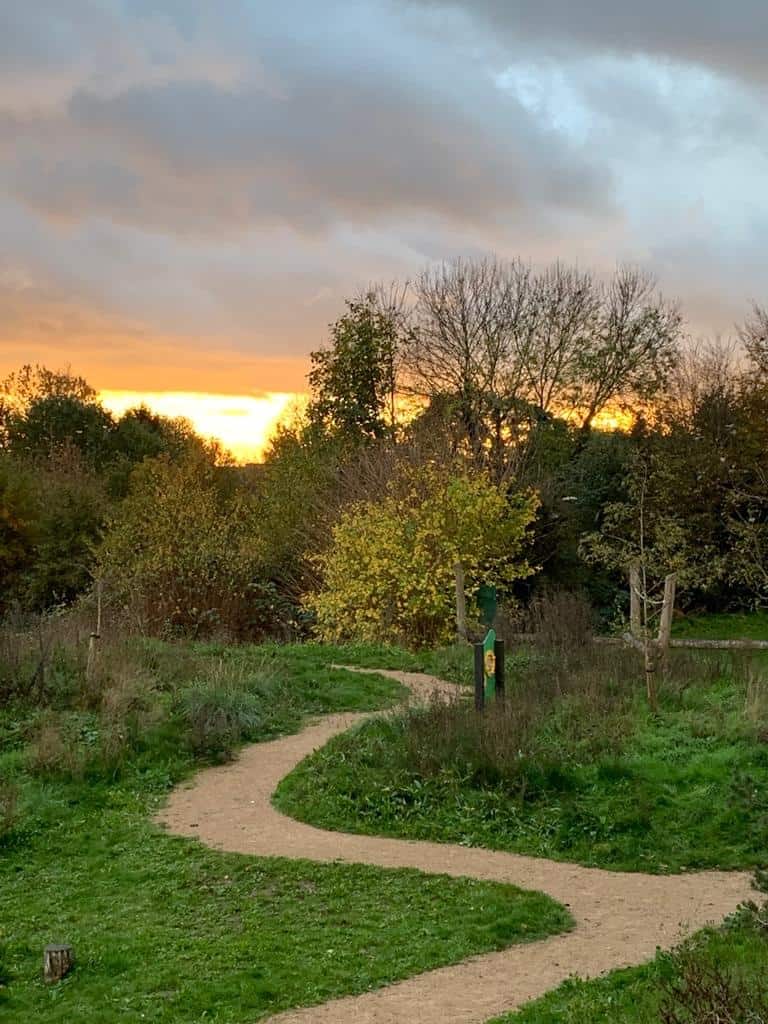 After Ghazali talked about the topic of mahabba (love) for Allah – the fruits of mahabba and true mahabba, and increasing our love for Allah and His Messenger, He followed it with this topic of contenment (rida), as they are closely linked.

Loving Allah and being content with what He destined go together. If you truly love Allah, you cannot be discontented with His will. Otherwise your love is not true love.

Ghazali is saying that people of Jannah and people of dunya who are close to Allah have full contentment with what Allah has destined for them.

This station of contentment is a very spiritual station – it is reflected in actions, but its essence is in the heart. The essence of rida is loving Allah. The more you love Allah the more satisfied you are with what He provided you with.

The test of satisfaction is how someone responds with what was destined for them, for example if they fall ill or are struck by a calamity. Do they complain and resent why it happened to them and make comments such as ‘Why did this happen to me?! What did I do to deserve this?!’ If so, they need to repent for this. We cannot complain when Allah sends us afflictions – big or small- because He is the All Wise. There is hikmah (wisdom) in everything He does, so there is no room to complain even if we do not understand the wisdom with our limited intellect.

Feeling pain or having tears in your eyes out of pain or loss you have suffered is not a complaint against Allah – it is natural and human. Very rarely, some companions and pious people reacted to calamities and loss without feeling pain, but they exceptional, this is not the rule.

The difference between crying and anger

We do feel pain and sadness, but this is something we experience in our heart, and we can’t help it. Whereas feeling angry with Allah is not acceptable. Never say you are angry with Allah. This is a line you cannot cross. Whatever you experience is a test from Allah. We might fail the test, and see the bigger picture, though we often do not have the lenses to see it. Accordingly we make a judgment which is wrong, as Musa (peace be upon him) did with al Khidr. When he discovered the reasons behind al Khidr’s seemingly strange actions, he glimpsed the bigger picture. However Allah does not always give us the ability to see the bigger picture, so we have to be satisfied with His will, knowing that there is a greater reasoning behind it.

Contentment does not mean being complacent about evil

Evil is written and goodness is destined but does this mean we should be satisfied when we are exposed to evil? No. Allah Almighty instructed His Ummah to encourage good in society and deter people from doing what is wrong in the Quran:

You are the best community ever raised for humanity—you encourage good, forbid evil, and believe in Allah. Had the People of the Book believed, it would have been better for them. Some of them are faithful, but most are rebellious. [3:110]

We cannot be content to let evil thrive in society. At the very least we have to disdain it with our hearts and where possible we have to try and change it.

The Prophet (peace be upon him) lost all his children except Fatima in his lifetime and when he lost his little son, Ibrahim his tears rolled down his cheeks, and his Companion was surprised by this and asked ‘Even you, Rasul Allah?’ and the Prophet (peace be upon him) explained that the tears were a sign of sadness at his loss and a relief but what is important is that the tongue does not say anything displeasing to Allah. Having content with Allah’s will, when the will is bitter or painful does not mean that you have no emotions – you can ask Allah for relief and cure and for Him to replace your loss with something better.

Abu Ad-Darda’ narrated that the Messenger of Allah (peace be upon him) said:

“It used to be from the supplication of Dawud that he would say: ‘O Allah, indeed, I ask You for Your love and the love of those who love You, and for the action that will cause me to attain Your love, O Allah, make Your love more beloved to me than myself, my family and cold water.

This means there are people who are beloved to Allah, and they love Allah and there are people whom Allah hates – such as evil people like Abu Lahab, Abu Jahl, and tyrants like Firaun. We hate the actions of such people and we make dua that Allah guides all people. We ask Allah to guide us and everybody.

Loving for Allah’s sake is rewarded to hate for His sake is also rewarded. We have to hate oppressors, oppression, and injustice because Allah hates these.

If someone is attacked by an enemy on the battlefield, he should not stand there and take it. He should defend himself. It is stupidity to allow yourself to be attacked thinking that you are showing contentment with Allah’s will. Or to fall sick or experience intolerable pain but not seek cure. The Prophet (peace be upon him) taught us to seek cure. He is our role model and when he saw that someone was ill he would give them medicine.

Is making dua against the concept of contentment?

Next Ghazali considers whether making dua goes against the concept of contentment. If we are asking Allah for something does that mean we are dissatisfied with what we have?

The Prophet (peace be upon him) taught us duas for how to seek cure from Allah because He is the only one who can cure. Dua is like homework, take medicine and make dua. Don’t just recite the ayatul kursi and not take painkillers. It is not a contradiction to make dua and be content.

‘Aishah (may Allah be pleased with her) reported: When the Prophet (ﷺ) visited any ailing member of his family, he would touch the sick person with his right hand and would supplicate:

O Allah! the Rabb of mankind! Remove this disease and cure (him or her)! You are the Great Curer. There is no cure but through You, which leaves behind no disease. [Muslim]

In the Name of Allah with Whose Name there is protection against every kind of harm in the earth or in heaven, and He is All-Hearing and All-Knowing [Abu Dawood]

O Allah, I seek Your forgiveness and my well-being in this world and the Hereafter. [Ibn Majah]

O Allah protect me from my front, behind me, from my right and my left, and from above me, and I seek refuge in Your Magnificence from being taken unaware from beneath me. [Ibn Majah]

Similarly if you are applying for a job then make dua at the same time for Allah to facilitate the best for you. Ghazali gives the example of a man who is thirsty and standing close to a source of water, but he does not drink from it because he says Allah destined him to be thirsty and he is showing contentment with Allah’s will.

We cannot complain about Allah because we do not understand the reasons behind the tests we see around us, whether they are famine or floods or other calamities. Dreadful as they seem to us, these are smaller pieces of a jigsaw, which we cannot see. Moreover, these are opportunities for us to do what we can to help and support the afflicted in whatever capacity we can.

Allah is the one who destined what will come to us – good or bad. He created the means and causes and we have to follow these means to attain our job, our rizq, our marriage partner etc, and seek the causes such as medicine. Through all of these Allah is testing us. And through this test He reveals our qualities. Some people will be content, beg Allah for support and cry out to Him with faith that He will support them. Others will complain and rail against Him. He knows what they will do but they do not until they are shown themselves through their reactions to these tests. They may be surprised by their own qualities – good and bad.

Some people complain vocally while others do not express it but feel discontented inside. True contentment is not to complain inwardly or outwardly. Do your best to do what Allah loves and this can be done through two things – fulfilling your obligations and refraining from prohibitions.

The 9 stations are different levels. Some are required for themselves – like mahabba and rida which are the highest stations. Others are bridges to something else – for instance tawbah (repentance), khawf (fear), zuhd (asceticism) and sabr (patience and self control) bring you closer to Allah. We do not require them for themselves but as a means to an end.  They are part of our struggle and striving to overcome our lower selves and elevate our state.

We ask that Allah Almighty grants us true contentment and closeness to Him. Ameen.

Is it OK to cry when someone passes away?

[i] Hadith of Gabriel: Angel Jibril came to teach you Islam (abuaminaelias.com)

7 traits of a successful believer

All about the awliya (part 2)