Can you hold a khatam for the deceased? Should you mark death anniversaries? Can you attend non-Muslim funerals? 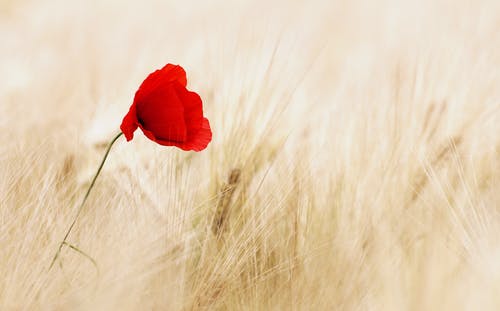 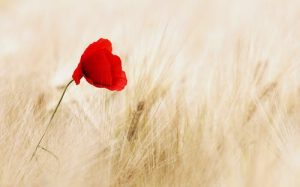 The practice of holding khatams is so widespread in the community that it cannot be abolished. As there are two opinions and statistically more than 80 percent of people do this, it is fine to continue this.

One opinions states that it is permitted and one that says it is biddah – an innovation after the death of the Prophet (peace be on him). Those who say it is biddah argue that the reward for recitation is only for the reciter and cannot be passed on to anyone else. It is a strong opinion based on the idea that you only receive reward for what you have earned yourself:

My opinion is that as long as the gathering does not involve anything haram; it is simply a gathering, with dhikr, dua and recitation, that is fine. The reward may be gifted to the deceased on the basis that you can own the reward of the recitation, therefore it is in your possession to pass on if you wish. Based on the ayah at the end of Surah Baqarah:

If you gift your reward to someone else, Allah Almighty is generous. So we expect that He would multiply the reward, rewarding the one who gave it and the one who received it. If you don’t want to do it, fine. It is not sinful. It is your choice.

Can you mark a death anniversary

It is not from the sunnah to mark specific anniversaries after someone has died. However, if people want to come together, recite the Quran and gift the reward of that to the deceased, there is no harm in that.

Should you feed mourners

When a family member died the Prophet (peace be on him) would tell the companions to make food for the deceased’s family, because they would be busy mourning. The custom was not that the deceased’s family would feed their visitors. They are the ones needing comforting and this is not a time when they are expected to be tested in their hosting skills.

Offering a meal to mourners is against the sunnah. The sunnah is for mourners to cook for the family. They have been afflicted by loss, so we comfort them. It is not the other way around that they are comforting their visitors. That would be inflicting double pain: they lost a beloved one, and they are burdened by cooking and spending money to feed their guests. We have twisted the sunnah and made the lives of the family even more difficult. This is the wrong culture. It is the opposite of the sunnah. You can see from the hadith:

Abdullah bin Ja’far said that when the news of the death of Ja’far came, the Prophet (peace be upon him) said:

Prepare some food for the family of Ja’far, for indeed something has happened to them that will keep them busy. (Tirmidhi)

Funerals should not be the equivalent of weddings, and yet, in certain Muslim communities, there is an expectation that the family of the deceased should provide a banquet, to the extent that in some communities if the food hasn’t been ordered from the leading caterer people feel the funeral was not up to scratch.

However this is not just unnecessary but a pointless expense when the family are grieving and coming to terms with their loss.

Over time, the tradition has gone from bringing food for the family, to the family feeding those who have travelled to visit them, and more often than not, for the family to distribute food on behalf of the deceased as sadaqa. Therefore practices have become somewhat warped and onerous, and a burden on the deceased’s family, particularly when there are large numbers of visitors over three days, and the cost escalates.

Is it acceptable to bless food

The words of the Quran put barakah in whatever they are recited on, whether this is over your own self, or it is blown on water, or food that is eaten. We wipe over our body with the verses when we do ruqya, I.e. protect ourselves from illness or envy.  The Prophet (peace be on him) used to recite the three quls, blow into his hands and wipe over himself.

This is the concept of barakah. If you recite the words of the Quran on water or food they become  blessed. When you recite the angels and mercy descend and these permeate your food, drink, and home so there is nothing wrong with it.

Should food be distributed

People recognise that distributing food as a charity, but it must be within your limits. If people have to borrow money to fulfil society’s expectations, or to fulfil cultural needs, by procuring food from expensive restaurants to feed mourners, this is not acceptable and we should fight such cultural practices.

What can you do for the deceased

You can recite the Quran, do an umrah, go for haj, build a mosque or hospital on their behalf,  sponsor an orphan or knowledge seeker. All good deeds are sadaqah jariah for the deceased.

Abu Hurairah reported that the Messenger of Allah (peace be on him) said:

When the human being dies, his deeds end except for three: ongoing charity, beneficial knowledge, or a righteous child who prays for him. (Sahih Muslim)

Does a body have to be buried in a Muslim cemetery

If Muslim cemetery is not available a body can be buried in the Muslim section of the graveyard. By law, in some areas you are not allowed to take the body out of the coffin, which is the sunnah: you have to abide to the rules. In some areas they allow you to do this. If you can, this is the sunnah and so preferable.

Should you visit graves

Ibn Mas’ud reported that the Messenger of Allah (peace be on him) said:

I prohibited you from visiting graves, but visit them now. Verily, they will weaken your attachment to the world and remind you of the Hereafter. (ibn Majah)

Visiting graveyards remind you of your final destination. They bring you back to the ultimate reality. You still have time stop moaning and complaining. Be grateful. You realise this when you visit hospitals and graves.

Should you attend non-Muslim funerals

Part of being a good Muslim is being part of the community – Muslim and non-Muslim, and sharing in the happiness and sadness of those we around us. This does not mean that we should get involved in any ritual which is out of Islam. Certainly pay your respects and give your condolences to the family of the deceased. Avoid being part of any religious rituals.

How long is iddah for widows? Do older women need to observe iddah?

share
can you attend non muslim funeralscan you hmark a death anniversary in islamcan you hold a khatam in islam?

Do I need to spread my donations to coincide with Lailatul Qadr and the last ten days?

Trying to pervert the truth. Lessons from Surat Luqman