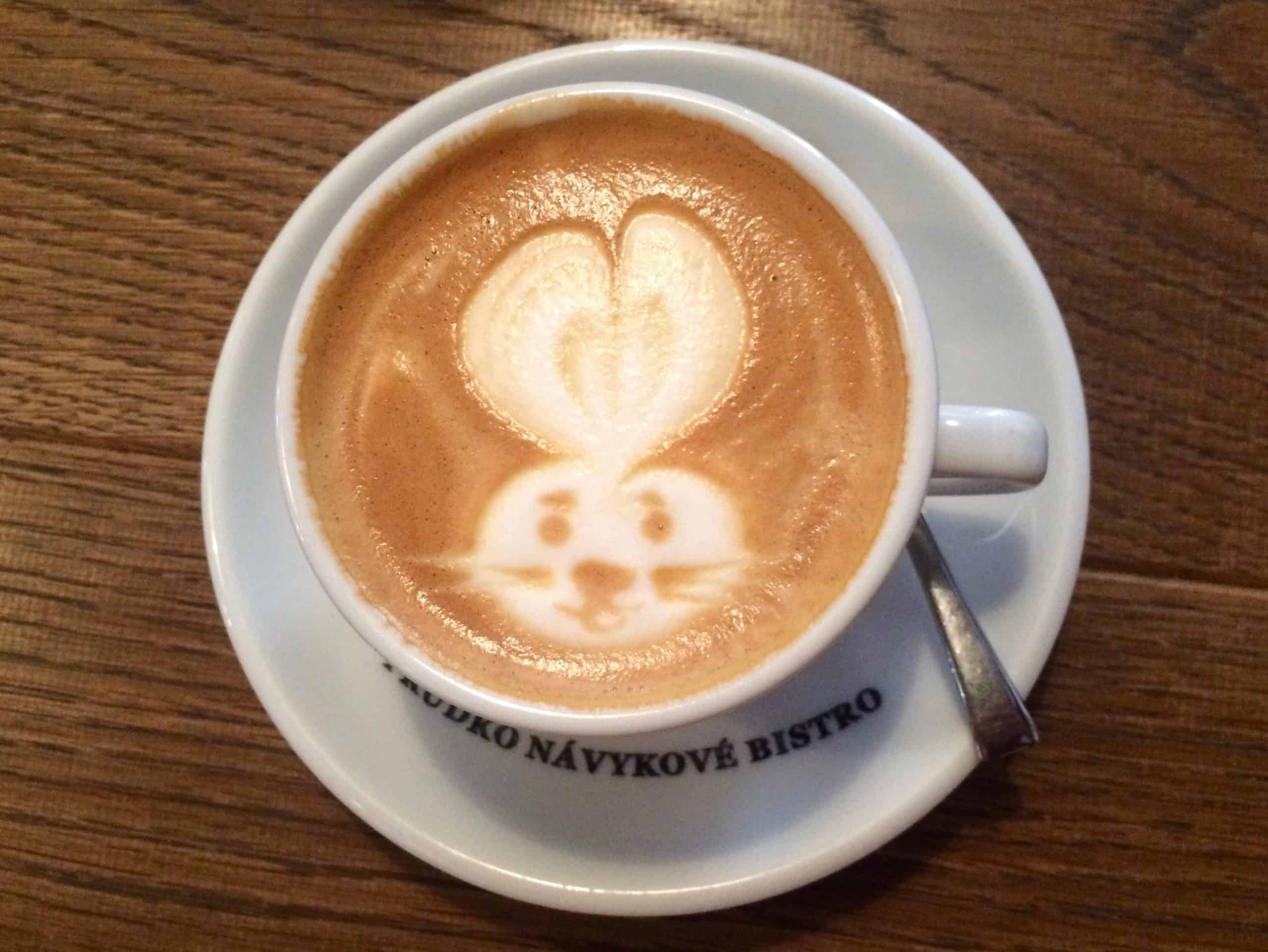 You get what you give

Aisha (may Allah be pleased with her) narrated that the Messenger of Allah (peace be on him) said:

The Prophet (peace be on him) is teaching us that when you have position of authority, which could be a public position in a company or as head of a project, or within the community, or privately, for instance as head of your family, you should not overstep the limits simply because you have the power to do so.

The Prophet (peace be on him) taught us to curb any tendency towards causing oppression when it is in our power to inflict it. He taught us to keep this potential to harm others in check and under control.

You will receive the same treatment that you give others

It is in some people’s nature to make life difficult for others. However while it is one thing to make your own life difficult, as that is your own personal choice, you are discouraged from inflicting this on others.

It is some people’s default that they don’t like to make things easy and some people go out of their way to help you and they remove your burden from your shoulder and dua for them comes from your heart to your tongue for them.

You are sinful for making things difficult for others. The Prophet (peace be on him) said Wa yasiru wa la tua’siru.

Abu Musa told that when God’s Messenger sent one of his companion’s to attend to some of his affairs he said:

“Gladden people and do not scare them; make things easy and do not make them difficult.’ (Bukhari and Muslim)

Reward for those who create ease for others

In another narration, Jabir bin `Abdullah narrated that Allah’s Messenger (peace be on him) made a special dua for those who are easy to deal with:

“May Allah’s mercy be on him who is lenient in his buying, selling, and in demanding back his money.” (Bukhari)

This is building a preference for of ease, leniency and goodness in the attitude and dealings of his ummah. It is social lubrication.

When you need to deal with a government department and you meet people, in any country, when they make things simple and straightforward you feel relieved but when they keep making simple things difficult it fills you with frustration and you exasperation. We have all experienced those moments when we are put on hold and go round in circles and get passed from department to department as if we are trapped in a nightmare. The Prophet (peace be on him) made dua for against those who utilise their position to create ease or difficulty.

Do not over complicate matters

Allah Almighty says in the Quran, in the verses related to fasting:

Ramadan is the month in which the Quran was revealed. Guidance for humanity, and clear proofs of the guidance, and the Criterion. Whoever of you witnesses the month shall fast it. But whoever is sick, or traveling, then a number of other days. Allah intends ease for you, and He does not intend difficulty for you, so that you may complete the number, and glorify Allah for having guided you, so that you may be thankful. (2:185)

The prophetic way was to create ease

This is what the Prophet (peace be on him) showed us in his example. Whenever he had a choice between two halal options he always picked the easier of the two. This was the prophetic approach.

Aisha (may Allah be pleased with her) narrated:

Whenever Allah’s Messenger (peace be on him) was given the choice of one of two matters, he would choose the easier of the two, as long as it was not sinful to do so, but if it was sinful to do so, he would not approach it.  (Bukhari)

When you enter your home or your place of work or mosque, have a smile on your face, even beneath your mask! At least your eyes will be smiling, even if people cannot see your mouth. Look in the mirror, and assess if your expression looks approachable or unfriendly. The Prophet (peace be on him) was sahlan (easy going). And he was the best of Allah’s creation and he liked ease, within the boundaries.

Give good news, not bad news

Some people specialise in giving bad news, while others sprinkle sunshine on others.

Allah loves the person who is easy going and cheerful. Train yourself to be cheerful. It is hasanaat (good deeds) which are easy to acquire like al ghanimatul baridah (cold booty). Instead of earning them the hard way on the battle field, you can pile them up by simply being cheerful. If you are not in the mood today, when will you be?

The etiquettes of salam

There are many etiquettes of how to greet people in a variety of situations. Whether you are alone or in a group, walking or sitting, the Prophet (peace be on him) provided different solutions for these scenarios. He made it very clear for us how to create more social harmony and cohesion, create better interaction and communication and minimise conflict and hatred and what might lead to that. Of course, issues arise and cannot be completely abolished but we try our best to minimise them, just as we cannot eradicate all sins in the community, but we can minimise public sins. As far as private sins are concerned, no one knows what is going on in someone’s house or private space, but Allah Almighty.

Public and private halal and haram

Similarly we the etiquettes of how to greet people in public gatherings and how to respond to their salam. This is not because we have two rules: one for public, one for private, no. Whatever is halal is halal in public and private, what is whatever is haram in private and public, except of course, intimate relationships which would be haram in public. To make things clear it is not an encouragement to have double standards or a hypocritical approach, to say one thing to their face, and have something else in your heart.

In some very rare scenarios if an evil person comes to you, we do not treat them rudely. We have come across this in the sunnah – when the Prophet (peace be on him) received a man who was notorious he didn’t tell him he was a bad person.

Aisha (may Allah be please with her) narrated in Sunnan Abu Dawood:

In another narration, which I prefer, the Prophet (peace be on him) said:

‘The worst people are those whom people desert or leave in order to save themselves’. (Bukhari)

To save themselves from what? It is from their bad language and from their transgressions. These are the exceptions. We don’t have an inward rules or outward rules, the ruling is the same. But in some scenarios, when telling someone nasty that they are bad will create an unpleasant situation it is better to greet him in nicely.

You don’t want to start a battle with him because you can’t beat somebody who is nasty, as simple as that. Sometimes you will be fed up and get into an argument with him, but I can assure you that the Prophet (peace be on him) said this is not what Allah Almighty likes. Do not enter into such battles like that because you cannot beat somebody who is nasty, unless you are nastier than him, which you shouldn’t be! Don’t think for a second that you can beat him, because you have the truth. Somebody like that can usually only be beaten by someone who is like him. It is not your job to do that. This is why the Prophet (peace be on him) did not lower himself to that rank, to deal with such scenarios, he left it to somebody else.

There are some people in the community who you treat like glass – they shatter easily into thousands of pieces which can cause injuries far and wide, so be careful, don’t lose your patience with them, as this will create more problems in your community, your family, or place of work. Unfortunately, we have these kinds of people wherever we go. I am sure you have come across them. The Prophet (peace be on him) taught us how to deal with this. Aisha (may Allah be pleased with her) was surprised. The Prophet (peace be on him) has to treat people with his character, not their character. Meet people with your character, regardless of their nasty or evil character. Don’t lower yourself to their level.

If you try and fight evil with evil you will create difficulty for yourself. Don’t be an evil person. This is some people’s speciality, they are just waiting for you to fall into their trap to beat you. The only way you can beat them is by having good character.

I know sometimes you are boiling inside and you want to retaliate but the moment you do they will crush you. Don’t go into unchartered territory. This is not your area of expertise, which is good! This is their area, don’t allow them to pull you in to their trap.

This is why the Prophet (peace be on him) was good with everyone, even with bad people. He (peace be on him) warned the Ummah by saying: ‘the worst person whom the people are leaving and shunning away from is because of his evil and bad character’. It is not backbiting to warn others about someone, like a new colleague who has joined your group, to be careful of him/her for this reason. But do not say more than is necessary in order to keep peace and tranquillity in the family or the group. You can give some hints, but not pile on the details and have a big gossip about their history. Just say that is nasty and others should be careful not to say this or that to him or to attack him or whatever might be the case. That is fine within the limits and the etiquettes.

May Allah enable us to show ease to others and grant us ease. Ameen