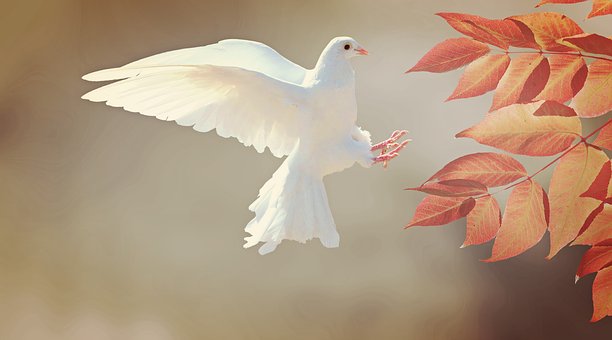 In Bukhari’s book Adab al Mufrad (A Perfect Code of Manners and Morality), which is different from his Sahih, he narrates a particular hadith from an occasion when historians say a delegation from Bahrain, around the year 8 or 10 AH, came to visit the Prophet (peace be on him). The chief of this delegation was Al Mundhir abd Qays, well known as Al Ashajj, ‘the one who has a scar on his face’. When he was young he had been kicked by a donkey, which had left a deep crescent-shaped cut in his forehead.

When everyone was rushing to greet the Prophet (peace be on him), shake his hands, and kiss him, the exception was al Mundhir who changed his clothes and getting ready. When he met him, the following exchange took place:

The Prophet (peace be on him) said: ‘You have two qualities Allah loves.’

I asked: ‘What are they, Messenger of Allah?

He said: ‘Forbearance and modesty.’

I asked: ‘Have they been with me for a long time or are they new?’

He said: ‘You have had them long.

I said: ‘All praise to Allah for having given me two qualities He loves.’ (Bukhari)

In another narration, the qualities were described as forbearance and deliberation.

It is quite unusual for the Prophet (peace be on him) to praise someone in public, yet on this occasion, he specifically mentioned these two qualities in front of everyone present in the congregation. So what is the lesson behind this? Why in public did he praise Ashajj?

Firstly, he wanted to draw attention to these two good qualities about him, so people would emulate them. And for those who had them already, to make them aware that they should preserve and maintain these qualities. Unless you are aware of these qualities you won’t recognise how important they are, especially for those in power.

One of Allah’s names is Haleem, the One who Overlooks our mistakes and faults. We need to cultivate this quality in our character by overlooking and forgiving mistakes and shortcomings in others. To be able to move on, flip the page and move on. As the one who wronged us is imperfect like all of us.

If we become fixated on the grievances we have sustained from others, we will not be able to communicate with anyone. It is quite natural that we will have experienced harm from others – close family and friends, at one time or another, so we need to be able to cope with this.

We need this hilm. In the book by Khatib al Baghdadi, he narrated in a good chain of transmitters:

Some of us have more forbearance than others. Some of us can control our anger more than others. It is a good quality not to explode with anger. This is so important especially in leadership as you have to deal with different people with different shortcomings. Then you can channelise the goodness in everyone.

Give others another chance as you would want them to do for you in their position.

Deliberation is the second quality Allah Almighty loves. Not to rush. Think it through. In Arabic, we say ‘Count to ten’ slowly. Rushing and hastiness are qualities that Allah Almighty hates.

Those who are hasty will make the wrong decisions because they rushed. The Prophet (peace be on him) wanted to teach the community to take time, unlike al mumbat, the hasty person, who wants everything to be done quickly, and frequently takes a decision and then regrets it. This is particularly harmful when it comes to important decisions. Calm down. Deliberate over decisions. Don’t take forever, but be careful.

The hasty person who wants to travel in two seconds the distance of a hundred miles decided not to give his vehicle (be it his camel or horse) a rest. His vehicle was broken and he could not complete his journey. He wants something good but the execution is completely wrong and leads to harm.  You can’t cover the in one day what ordinarily takes three days.

Modesty or humility means you should not be arrogant. We see arrogance prevalent among leaders. Yet the best quality for a leader is humility.

Forbearance and modesty is for us because Allah Almighty truly deserves to have pride. Not people. Whatever you have, even if you have a triple PhD from the best universities, you shouldn’t act with arrogance. It was given by Allah Almighty  and He can take it from you in the blink of an eye, be it intelligence, power, or reputation which makes you feel proud. So act with humility and Allah Almighty will elevate your status.

When we say someone is down to earth, we generally like them because they are easy to get on with. No one likes arrogant people.

We ask Allah Almighty to enable us to follow the footsteps of the Prophet (peace be on him) and adopt his qualities of humility, deliberation and forbearance.

Some might say they have one but not all three of these qualities.

Make du’a to Allah and say you have these shortcomings e.g. hastiness enable me to be a person of good qualities like the Prophet to control your anger if you are an grey person or control your hastiness if you are a hasty person.

We need to combine du’a with action. To be a person of forbearance you need to train yourself to forgive others. You can do it. Set baby steps and then take it further.

We ask Allah to make us better people. To make us closer to Him.