Ghazali on speaking and lies 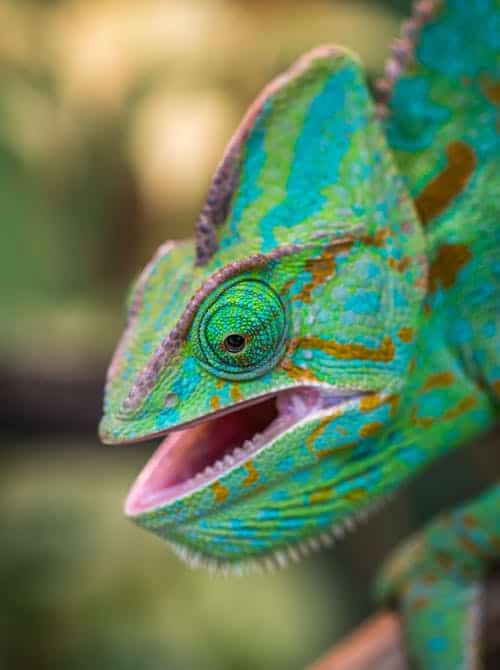 Imam Ghazali’s book Kitaab Al-Arba’in Fi Usul ad-Din, The 40 Principles of the Faith is a summary of his great work, Ihya Ulumuddin.

In his chapter on the purification of the heart, he explores how to rid one’s self of bad traits, and talks about the evils of the tongue.

The desire to speak

Defects of the tongue, such as lying for instance, affect the soundness of the heart, making it dark and block the light of Allah.

In the hadith, after believing in Allah, we have been taught that controlling the tongue is the path to Jannah. Sahl ibn Sa’d reported that the Messenger of Allah (peace be upon him) said succinctly:

“Whoever guarantees for me what is between his jaws and his legs, I can guarantee for him Paradise.” (Bukhari)

Rather than giving an extensive list of all the deeds that earns eternal bliss, the Prophet (peace be on him) summarised it as:

“What causes people to enter Paradise more than anything else is piety to Allah and good character.” (Tirmidhi)

Piety is fulfilling your obligations and refraining from what we have been prohibited to do and commanded to avoid.

Conversely, the opposite leads to hell. Allah’s Messenger (peace be upon him) said:

This shows the importance controlling the desire to eat and to talk. In a longer conversation with Muadh bin Jabal, the Prophet (peace be on him) said:

“Shall I not tell you of the controlling of all that?” I said: “Yes, O Messenger of Allah”, and he took hold of his tongue and said: “Restrain this.” I said: “O Prophet of Allah, will what we say be held against us?” He said: “May your mother be bereaved of you, Muadh! Is there anything that topples people on their faces – or he said on their noses into Hell-fire other than the harvest of their tongues?” (Tirmidhi and Ibn Majah)

Using the tongue is as easy and part of our nature as breathing. However, unlike breathing, you need to regulate what you do or don’t say and have discipline. It is up to you how you invest it and use it. This is why you have to be careful not to misuse the faculty of speech. The more you restrain it, the more you protect yourself. Abdullah ibn Amr reported that the Messenger of Allah (peace be upon him) said:

“Whoever is silent has been saved.” (Tirmidhi)

If you are silent, then nothing can be recorded against, you because you did not utter words to backbite anyone or say anything wrong. Many of our sins emanate from our tongue.

The tongue can be a gateway to sin

Abu Hurayrah (may Allah be pleased with him) narrated that the Prophet (peace be on him) said:

In our time, we have even more ways of communicating than before. The creation of Clubhouse for instance enables us to generate more and more conversations on any topic, which have the potential to be good or bad. It is not just the exchange of images, but words. In a weak narration in Tabarani, it says the more you talk, the more mistakes you will make and the more mistakes you make the more likely it is that you will go to hell. Though it is weak, there is truth in it.

20 defects of the tongue listed in Ihya Ulum al Din

In his summary, Ghazali focuses on 5 major defects:

The first defect of the tongue is lying.

In Arabic khadib means to lie. In many very authentic narrations, the Prophet (peace be on him) mentioned the punishment for being a liar and the reward for being an honest person.

On the authority of Safwan ibn Sulaym the Messenger of Allah (peace be upon him) was asked:

“The nature of a Muslim can consist of all traits, except distrustfulness and lies.” (Imam Ahmed and Bayhaqi)

Al khiyanatu and al khadib, betrayal and lying, conflict with being a believer, unlike other bad traits and sins. You may have imaan but you can still be a coward or miserly, however if you have imaan, you cannot be a liar, untrustworthy or someone who betrays others.

Abdullah reported that Allah’s Messenger (may peace be upon him) said:

This is why the Prophet (peace be on him) had been known as being Sadiqul Amin (truthful and trustworthy) before receiving the revelation. Had this not been the case, people would have doubted the revelation.

Ghazali mentions that lying disconnects you from having deep insight, knowledge and understanding from Allah Almighty.

When is a lie not recorded as a lie? In marriage, war and reconciliation

Asma bint Yazid narrated that the Messenger of Allah (peace be on him) said:

“It is not lawful to lie except in three cases: Something the man tells his wife to please her, to lie during war, and to lie in order to bring peace between the people.” (Jami` at-Tirmidhi)

In another narration the Prophet (peace be on him) said:

“A liar is not one who tries to bring reconciliation amongst people and speaks good (in order to avert dispute), or he conveys good.” (Muslim)

Not lying is the default position, but there are occasions when you have to weigh up the benefits and harm of telling the truth. For instance, if someone has two wives, if he tells the second wife he does not love her as much as the first, he will break her heart. Therefore, he is permitted to say that he loves her as much as the first. There might be other details that would derail his marriage if he were to reveal them. Such as comments people in his family have made. Family politics can be dynamite in a marriage, so it would be wiser not to relay, for instance, the fact that one’s mother is not keen on one’s spouse. To say, ‘My mum hates you and she never liked you’ will destroy a relationship. To say, ‘My mum loves you’ when she is not that keen on the spouse but that averse would be acceptable.

Do not create harm by telling the truth

There are times when it is more expedient to be economical with the truth, for instance, by using metaphors which conceal some of the truth, so that it is not painful. It is between telling the truth and lying.

This is known as ma’arid (metaphor). It is to say something and intend a different meaning from the one which is understood by the other person. An example of this is when the Prophet (peace be on him) was migrating and had to conceal his identity, he was asked who he was. He replied he was from Ma. The man understood he was from the tribe of Ma whereas he meant he was from ‘water’ as Allah stated He created man from water, ‘And it is He who has created from water a human being’. (25:54).

There was a scholar who used to be asked questions night and day, he would be followed around and have people knock on his door for advice. Sometimes, if someone asked for him, rather than lie and say he was not in, his servant would say ‘Check if he is in the mosque’. Though this is withholding the full information, is not technically lying.

Do not make the exception the norm

We should not make the exception the norm. If you keep concealing the truth and implying the opposite of the truth, you will lose friendships. Your friends will stop trusting you and think you are devious. It is only a technique when there is a need for it, and it will reduce the harm of telling the truth.

If you are reconciling between people for instance a couple, or siblings, or friends, listen to the first party, they will vent and say all the good and bad things. When you speak to the other party, it is alright to pick out the good things and pass them on and leave out the bad. This is not considered lying, it will facilitate the reconciliation.

When you have a war you are permitted to exaggerate your numbers, to spread rumours like you have 5000 troops when you might only have 5. It might be through the media or a cyber war, these are all tools that can be used to win. It is permitted as it is part of a larger picture to defeat the enemy. You cannot use this outside of this context.

No matter what situation you have you should try your best to avoid lying, especially if it is related to a sin. Do not expose or publicise your sins in public or private. You can hide your sins. If you are asked about past relationships, you do not need to disclose them. This is not something you can share. You are allowed to hide your sins and lie to conceal them. If someone asks you about someone else’s’ secrets you cannot betray them. Their secret is an Amanah. You can say, ‘I can’t say. This is private matter.’ If you are being asked whether someone has good character as they are being considered for marriage, you

If an oppressor asks where someone hid his money, you are not permitted to reveal this. It is haram. The overall aim in any scenario is to minimise damage. It would be naïve to reveal the truth, because it is the truth, when it will cause someone loss, or break up their family. You have to balance the benefit and harm and act accordingly.

Lying is like eating dead meat. You would only do it in a situation of necessity (darura) and not beyond.