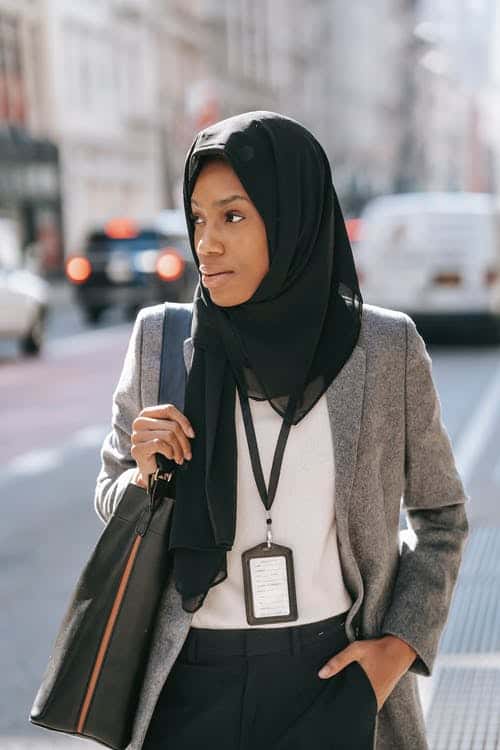 Rule 19: Stay away from those who do not benefit your deen

Distance yourself from people of ghaflah (heedlessness). People of ghaflah will impact your level of imaan. Their ghaflah will be reflected by you. The heart which is occupied with dunya casts shadows around it. It will blot out the light of your heart. Abu Huraira said,

“The believer is a mirror to his brother. If he sees something wrong in him, he should correct it.” (Adab al Mufrad)

The weaker the believer, the more they reflect the darkness of dusky hearts around them. They are not evil themselves, but because of their company, they end up going in the wrong direction.

Abu Musa reported that the Prophet (peace be upon him) said:

This hadith is encouragement to have good companions because in their company you will smell fragrant, just as you get squirted liberally by perfume samples when pass through duty free. And you often end up buying some.

The bad companion is like the blacksmith, who leaves you with a bad smell, covered in soot and wreaking of smoke, which penetrates your clothes, your body and your hair, and worse who causes you to get burnt from the sparks which fly off his forge.

Abu Huraira reported that the Prophet (peace be upon him) said:

“A man is upon the religion of his best friend, so let one of you look at whom he befriends.” (Tirmidhi)

Be with the right crowd and you will excel, otherwise you will be with the losers.

In a gang, the one who is not evil, just to prove himself, will end up doing crimes he never dreamed he would do, so he is not called ‘chicken’, to show he is even more evil than them. However this is a trap of shaytan. We do not show off good or bad deeds in Islam. We do not boast about our goodness, or tell everyone we prayed 100 rakahs during the night.

Do not befriend someone who does not elevate you with his state, or guide you to God with his speech.

This is very important advice. Note that actions speak louder than words. And that good friends Inspire you to do better and become better.

Staying with people of ghaflah diminishes your imaan and deen. Rather than walking in the sunlight, you will be lurking in their dark shadows. It will affect you mentally, physically and spiritually.

Whenever you are with them, it is as if they take a thread from your clothes or a strand of hair you’re your head. After a little while, you will find yourself bald and naked. Losing your faith is even worse than losing your clothes and hair. Therefore do not risk your deen by being in bad company. Do not think you are strong enough to withstand their company.

Ali ibn Abi Talib reported that the Messenger of Allah (peace be upon him) said:

“A Muslim has six rights over another Muslim in good conduct: to greet him with peace when he meets him, to respond to his invitation, to respond to his sneeze, to visit him when he is sick, to follow his funeral prayer when he dies, and to love for him what he loves for himself.” (Tirmidhi)

It is the right of every Muslim to be greeted with salam, and it is wajib to reply to their salam.

It is the right of every Muslim to have invitation accepted.

It is a right to be responded to when he sneezes.

It is a right to be visited when you are sick. If this is not possible, you can contact them by phone or Facetime. Do not underestimate the power of calling up someone who is ill, or sending  the message or a gift. It spreads goodness and shows them you care for them and they can depend on you.

When yourself are ill Inshallah you realise the value of this, when there are people to support you. Make dua for the sick and their dua will be accepted inshallah.

You can make dua for them, reassure them that you are there for them and that you will support them. This can be in the form of moral support; social and spiritual support has been proven from scientific point of view to aid recovery. Whereas those who are left alone with no one support take longer to be cured.

Muslims should be an ummah which is supportive of each other, not just physically or financially, but also emotionally. We should create a network of support and to this end the Prophet (peace be on him) showed us how to give each other moral support, socialise and be good to each other,

When someone dies, it is their right that their janaza will be attended.  The reward is huge.

Abu Hurayrah (may Allah be pleased with him) reported that the Prophet (peace be on him) said:

Abu Huraira reported that the Messenger of Allah (peace be on him) said:

“Whoever follows the funeral of Muslim, in faith and seeking reward, and he remains with it until the prayer is offered and the burial ceremony is finished, then he will return with two great rewards. Each reward is like the size of mount Uhud. Whoever offers the funeral prayer and returns before the burial, then he will return with one great reward.” (Bukhari and Muslim)

Of course we have to follow the janaza with etiquettes and there must not be any wailing or screaming.

Moreover, we can make dua for those we love in their absence. We call this dua fi dhari ghayb. They do not know about this, but Allah will accept this inshallah.

On some occasions you can make dua for them in front of them, though you should not do things to please people.

Abu Huraira reported that the Prophet (peace be upon him) said:

“Whoever does not thank people has not thanked Allah.” (Abu Dawood)

We have to show appreciation to others. Being appreciated should not be our motivator to act on anything, rather acting for Allah’s sake.

Be fair and just at all times, even if it involves going against your self interests. If you do something wrong, then do not brush it under the carpet, but admit it is wrong.