What should you say if someone sneezes? 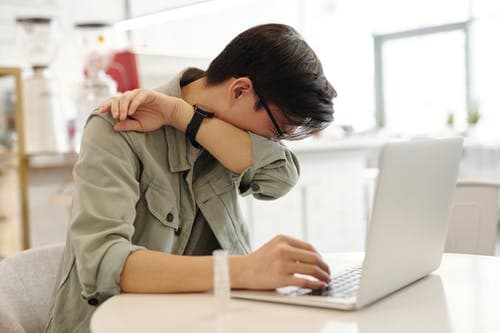 The Islamic etiquettes of sneezing

The prophetic way is to cover your mouth with your arm or a handkerchief when you sneeze. The Prophet (peace be on him) used to do this and he taught his companions to do the same.

Abu Huraira reported that Allah’s Messenger (peace be on him) said:

Six are the rights of a Muslim over another Muslim. It was said to him: Allah’s Messenger, what are these? Thereupon he said: When you meet him, offer him greetings; when he invites you to a feast accept it. when he seeks your council give him, and when he sneezes and says:” All praise is due to Allah,” you say Yarhamuk Allah (may Allah show mercy to you) ; and when he fails ill visit him; and when he dies follow his bier. (Muslim)

The dua by the sneezer

Abu Hurayrah (may Allah be pleased with him) narrated that the Prophet (peace be upon him) said:

When one of you sneezes, let him say, ‘Alhamdulillah (Praise be to Allah),’ and let his brother or companion say to him. ‘Yarhamuka Allaah (May Allah have mercy on you).’ If he says, ‘Yarhamuk-Allah,’ then let (the sneezer) say, ‘Yahdeekum Allah wa yuslihu baalakum (may Allah guide you and rectify your condition).’ (Bukhari)

Therefore, if someone sneezes and you hear it, say:

May Allah have mercy on you

The one who sneezed returns the dua with an even more beautiful dua. This is how we spread love in our community.

The prophetic teaching is to reply:

May Allah guide you and set your affairs in order.

Do you have to say the dua for the sneezer if you didn’t hear him say ‘Alhamdulillah’?

There are two opinions on this. Some scholars say that unless the one who sneezes says Alhamdulillah aloud, those around him do not need to say dua for him.

Other scholars say that by default, if someone sneezes, even if you did not hear him say Alhamdulilah you assume he said it, and you say Yarhamuka Allah.

If a person sneezes in a large gathering, who has to reply? Does everyone in the room have to say Yarhamuk Allah? No. It is fard kifaya (an obligation for the community), so as long as one person says it, everyone is covered by it.

If you are in gathering or lecture should you say Alhamdulilah when you sneeze?

In such a situation, saying Alhamdulilah loudly will disrupt the occasion or the flow of the lesson or lecture, so it is better to say Alhamdulilah quietly.

Teach your children to say the dua

Many people, including Arabs, don’t know the reply. When they have no knowledge they sometimes say the wrong thing, like minna wa minkum (may He accept from us and you) or ‘Ameen’. This is not the right response!

There is a story about Imam Ahmed who once heard someone sneeze so he crossed the river on a small boat and say Yarhamuk Allah to one who had sneezed. His students were surprised that he went to this length to convey the prophetic response to a stranger. Imam Ahmed said that the one who sneezed might be from the Awliya’(those close to Allah) and if he made the dua Yahdeekum Allah wa yuslihu baalakum for him, it would be accepted.