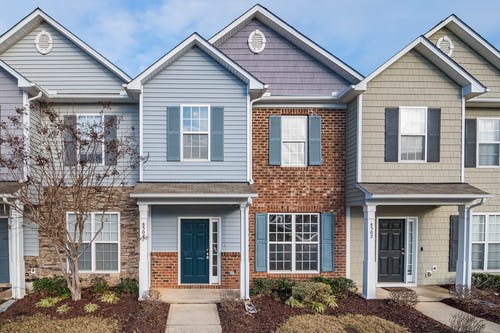 In Imam Ghazali’s Kitaab Al-Arba’in Fi Usul ad-Din, The Forty Principles of the Religion, he explores how to deal with different people. In this section we will look at how to treat neighbours.

Ghazali quotes a hadith that the first disputants on the Day of Judgement will be neighbours with a dispute. However, conflict, a stronger hadith is that the Prophet (peace be on him) was sent so many instructions to be good to neighbours, that he felt it would not be long before he would be commanded him to leave a portion of his inheritance to his neighbours as well. He (peace be on him) said:

Jibril kept recommending me to treat my neighbour well until I thought that he would tell me to make him one of my heirs. (Bukhari)

After describing the rights of neighbours, the Prophet Mohammed is reported to have stated:

“Listen to what I tell you. Only a few people who are blessed by God’s Mercy fulfil the rights of neighbours. God enjoined on me the rights of the neighbour to the extent that I thought He would appoint him as an heir.” [Mustadrak al-Wasa’il]

There are plenty of authentic narrations on this topic, as the concept of neighbours is very deep in the sunnah and unsurprisingly supported by a multitude of hadith. Even the Quran mentions the neighbour in Surah Nisa:

Worship Allah and associate nothing with Him, and to parents be excellent, and to relatives, orphans, the needy, the near neighbour, the neighbour farther away, the companion at your side, the traveller, and those whom your right hands possess. Indeed, Allah does not like those who are self-deluding and boastful. (4:36)

Allah Almighty commands us to be good to neighbours twice in the same ayah to those who are close as well as those who are far. The Prophet (peace be on him) also confirmed this in a multitude of hadith.

Why must we be good to neighbours?

I had a friend who moved out of his dream home which he painstakingly refurbished because of his nasty neighbours. They can make life so miserable that they can drive you away. A good neighbour is a grace from Allah Almighty.

At the time of the Prophet (peace be on him) there was a man whose neighbour made his life so difficult he came to ask for advice. The Prophet (peace be on him) advised him to place all his furniture in the street, and if anyone was to ask why he had done this, he should say his neighbour had caused it. The embarrassment made his neighbour leave him in peace. It is akin to putting the issue on social media.

Abu Hurayra (may Allah be pleased with him) said:

Abu Hurayrah (may Allah be pleased with him) said:

A man came to the Prophet (peace be upon him) complaining against his neighbour. He said: go and have patience. He again came to him twice or thrice. He then said : Go and throw your property in the way. So he threw his property in the way and the people began to ask him and he would tell them about him. The people then began to curse him; may Allah do with him so and so! Then his neighbour came to him and said: Return, you will not see from me anything which you dislike. (Abu Dawoud)

Escalate your complaint when it is not resolved

If the neighbour is not listening, then you have the right to escalate the conflict. Though you try to resolve it with them first, if you have tried every way you can, and he continues being a nuisance or harming you, you can resort to putting it on social media. Think about the consequences and details. This is what the Prophet (peace be on him) did. He understood the circumstances and details of the case, and brought justice in that situation by providing a solution that saved them going to court. Although taking the matter to him was like going to court, he dealt with it in an innovative way.

When you are a good neighbour Allah sends you good neighbours. Imam Ghazali quotes that if you harm your neighbour’s dog, you have harmed your neighbour. (In general you are not permitted to keep dogs as pets, unless there is a need for it, like a blind man who needs a guide dog, or a farmer who needs a sheep dog. This dog should not sleep in the house, but be kept outdoors. Therefore whether it is your neighbours pet, or property or belongings you must not cause harm to them.

The penalty for harming a neighbour

Indeed the penalty for harming a neighbour is severe.

“He will not enter Jannah whose neighbour is not secure from his wrongful conduct”. (Muslim)

Abu Hurayra (may Allah be pleased with him) reported:

A man asked, “O Messenger of Allah! There is a woman who prays, gives charity and fasts a great deal, but she harms her neighbours with her speech (by insulting them)” He said: “She will go to hell”. The man said: “O messenger of Allah! There is (another) woman who is well-known for how little she fasts and prays, but she gives charity from the dried yoghurt she makes and she does not harm her neighbours”. He said: “She will go to paradise” (Ahmad and Ibn Hibban)

Some scholars said that this lady was in hell-fire, because she was a disbeliever and bad to her neighbour, others said she was a believer but she would not enter Jannah until she settled her account and this include entering hell-fire before entering Jannah.

What admits people to Jannah the most is taqwa followed by good character. That’s it. You need to focus on these two things. Under taqwa there are a great many details but the first level is to fulfil your  obligations and refrain from what has been prohibited. The second level is to avoid doubtful matters and perform the nawafil. Dr Nuruddin Itr rahimahullah commented on the hadith which Abu Hurayrah (may Allah be pleased with him) narrated that the Messenger of Allah (peace be on him) said:

“The fear of Allah and good character (akhlaq) are the two major characteristics which lead to Paradise.” (Tirmidhi and Al-Hakim).

He observed that the Prophet (peace be on him) divided rights into two: the rights of Allah Almighty and the rights of people, which are met through good character. If you fulfil Allah’s; rights and people’s rights you will enter Jannah.

Some people focus exclusively on Allah’s rights by praying and praying but they then neglect people’s rights. This is a contradiction because the one who prays should exemplify good character. However their behaviour shows that they do not realise the importance of people’s rights. They have some shortcomings which they need to address.

In Shuab al Imaan Imam al Ghazali mentioned that when he was asked what the rights of the neighbour are, the Prophet (peace be on him) answered:

If your neighbour’s request is genuine and you can help him, you should. Of course you should do this for people in general and it is more emphasises for your neighbour. Share in their happiness and special occasions, and when they are afflicted, go to their aid and support them.

One night my neighbours had a birthday party which was particularly noisy and continued past 1am. I called them and asked them to turn down their music as my family was trying to sleep. They reduced the noise a little, but it was quite a disturbance. I could have reported them, but it is better to take it on the chin sometimes than create a fuss.

From 11pm till 7am, there are limits to how much noise you can make. If your neighbours disregard this, try to stop them in a nice way. Otherwise you can report them to the council for statutory nuisance and they can be fined £5,000. You can create a big scene, but it is better if you can resolve the problem calmly.

Sharing with your neighbour

Al Ghazali goes on to say that if you buy fruit you should share it with him, and if you do not have enough to share it, do not make him jealous by letting him see it. Moreover if you have a BBQ, the smell will waft into his garden to send over some food.

At Eid, we divide the meat from sacrifice into three portions and one of these portions can be distributed to your neighbour. If your give, your neighbour will usually reciprocate. This is how the whole street becomes good to each other.

In my area, some neighbouring streets hold an annual street party with the council’s permission and nearly 70 houses take part. It is a nice idea. They put up decorations and have a BBQ. This is a good way for people to get to know each other.

Being good to neighbours encourages goodness between people by focusing on those who live closest to us. Their behaviour affects your daily life. A good neighbour gives you peace of mind. A bad neighbour makes you anxious and puts you under stress.

No one fulfils the right of his neighbour except someone to whom Allah has shown mercy. (Bayhaqi)