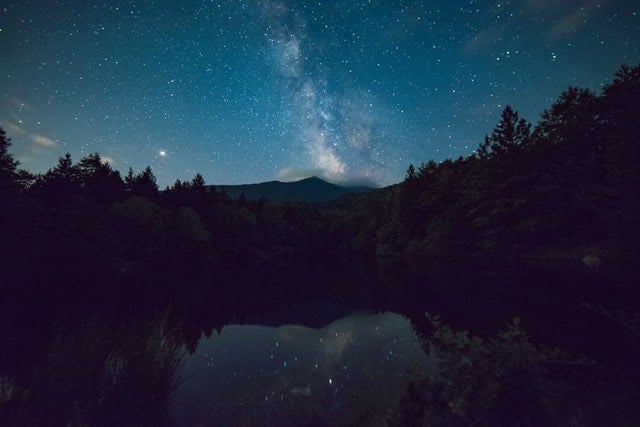 Ghazali lived in 5th century Hijri and his book, Kitaab Al-Arba’in Fi Usul ad-Din, ‘The Forty Principles of the Religion,’ which he wrote before his death, is a summary of Ihya Ulumuddin, and his life’s works and thoughts. We are looking at the last ten principles (good traits) out of the forty. The first is tawbah.

One of the main issues is that persisting in a sin breaks tawbah. Ghazali, known for being the spiritual master, teaches how to diagnose and cure it. He mentioned the rarity of doctors who can cure you (meaning the spiritual masters and knowledgeable people who have good character and are the wirath al anbiya (the heirs of the Prophet peace be on him) who can support you and help you to be cured.

Be aware of consequences

He talks about how to recognise that it is a disease, and that you need to seek a cure, even if you don’t see the immediate effect, as there are consequences for sins. Therefore you need to be aware of the consequences and repent for any sins you commit.

You need to see that Allah Almighty warned us about the punishment for sins, which is why we need to come back to Allah and seek His forgiveness.

The reason behind sins is whims and desires, so we need to put a cap on them and control them.

Then we need to end our tendency for procrastination and seek tawbah. We must not postpone and postpone repentance in order to get achieve real tawbah.

Do not have false hope that you will be forgiven

Do not think that because Allah Almighty is merciful that He will excuse your sins. Do not fool yourself to justify your sins. This is shaytan’s cunning plan. It is a trap of shaytan.

Do not underestimate the destructiveness of minor sins

It is an obligation to repent for minor and major sins, and while the gravity of major sins makes us keener on gaining pardon, we cannot dismiss the importance of gaining forgiveness for minor sins. The reason is that minor sins are like the drops which soon fill a bucket, and leak through the ceiling.

We may feel lax about them, but persistently repeating small sins turns them into big sins. The drops may have seemed innocuous, but when they accumulate, they can cause the whole ceiling to collapse.

Every time we commit a sin it is like dark spot on the white sheet which is our heart. If we repent the spot is deleted, like a stain remover. Thus the heart becomes polished and the light can shine through. Otherwise, the dark spots accumulate on the white sheet.

This is why the Prophet (peace be on him) taught us:

Follow the bad deed with a good one to erase it, and engage others with beautiful character.” (Tirmidhi)

Istighfar and repentance are like a stain remover, without it the dark sheet becomes impenetrable. One might think the sin is no big deal, it is just a minor sin, but this is a trick of shaytan’s. He attacks as a way of defence. Ghazali demystifies the topic and reveals how a small sin can become a big sin.

There are five reasons why we persist in sinning.

Ghazali is a master in dissecting our minds and he pinpoints the error of the mentality that committing minor sins is not a big deal. Don’t defend your sin. Instead of saying, ‘Astaghfirullah I did this’, you think ‘Thank God I only did this and nothing more’. Don’t feel satisfied that your sins are minor. This is psychological trap. Don’t listen to the shaytan. It is unacceptable for the servant of Allah to consider a minor sin as being trivial. Scholars say on should not regard the sin as minor, but at the might and majesty of the One they are disobeying. This is how to rewire and reprogramme our mind to avoid all sins altogether. We should be reluctant, fearful and shy to be disobedient to Allah.

The second reason people keep repeating a sin is that they feel proud of it. Like the one who is pleased with how he cursed someone and humiliated him or tricked him! This happens on a daily basis on social media. People feel proud they shattered someone’s honour. When you feel proud of a sin and of ‘wiping the floor with someone’ you no longer see it as a sin, you see it as victory. This is bad character and blackens the heart.

3.     Feeling secure that Allah has concealed your sins

When Allah covers your sin, do not think it is because you are a noble person and that is why Allah is concealing your sins. Don’t fool yourself and fall into shaytan’s trap. It is not because of your righteousness that Allah veiled you, but to give you the chance to repent, to turn back to Him quickly. Allah hates sin, but it is much easier to repent if you have not been exposed. Once your sin becomes public knowledge it becomes very challenging to clear your reputation. Thank Allah that he protected your dignity. He has given you an opportunity to save yourself, so do not stupidly return to that sin.

We postpone the punishment only so that they may increase in sinfulness. (3:178)

Allah Almighty says in many verses that he gives people time after they have sinned to increase their punishment. Therefore do not fool yourself that Allah postponed it because of your nobility.

4.     Mentioning your sins in public

If you sin in secret and broadcast it on social media that converts your minor sin into a major sin. This shows how careless you are and that you do not fear Allah. If you had wisdom and reason, you would never do this. All people are pardoned except those who sin openly.

The concept is that we are a human community, and we are certainly not faultless. Adam, the first man,  committed the first sin so we are all liable to sin as long as we breathe. However, there is a big difference between committing a sin and regretting it and committing a sin and boasting about it, without caring about the consequences. Though the sin is the same, how you handle it determines whether you obtain forgiveness swiftly or magnify it and incur even more punishment than it incurred in the first place.

The Prophet (peace be on him) encouraged the culture and practice of repentance, rather than spreading the news and details of sin, which is punishable:

Indeed, those who love to see indecency spread among the believers will suffer a painful punishment in this life and the Hereafter. Allah knows and you do not know. (24:19)

Openly exposing one’s sins is a way of slighting the rank of Allah; who forbade such sins to be committed. Therefore  openly exposing one’s disobedience shows indifference towards Allah. It is challenging Him but saying that what He made haram is in fact ok.

If you do this, you are digging your own grave. It is your choice and you will have to bear the consequences of your awful choices.

When the sin is still between you and Allah, you can repent and move on, but if you publicise it, then you acquire a label and people will not let you forget your past. Someone may have sinned and repented, but society will always see him as the one who is criminal, or alcoholic or drug addict. They will never be able to disassociate themselves from their past.

And do not kill yourselves; indeed, Allah is ever merciful to you. (4;29)

When an influencer, celebrity, scholar or leader commits a sin and it becomes known their minor sin becomes major because of his influence on others. The Prophet (peace be on him) said:

It is a privilege to be in that position but with that privilege comes responsibilty. This is why Allah honoured scholars but will punish them severly if they do not fulfil their duties properly. In the hadith Qudsi, it is mentioned that one of the first people to be flung in hellfire are scholars who fit or fame and we have seen these scandals off line.

How do you know if your tawbah is acepted?

Fulfil the conditions of sincere repentance. Quit the sin. Regret the sin. Promise not to repeat it. Rectify what you did. Have remorse and regret – this is an internal feeling – in your heart. Ask Allah for forgivness and follow up a bad deed with a good deed.

May Allah keep us safe and enable us to deliver the message in the best form. Ameen