Ghazali on showing off (part 2) 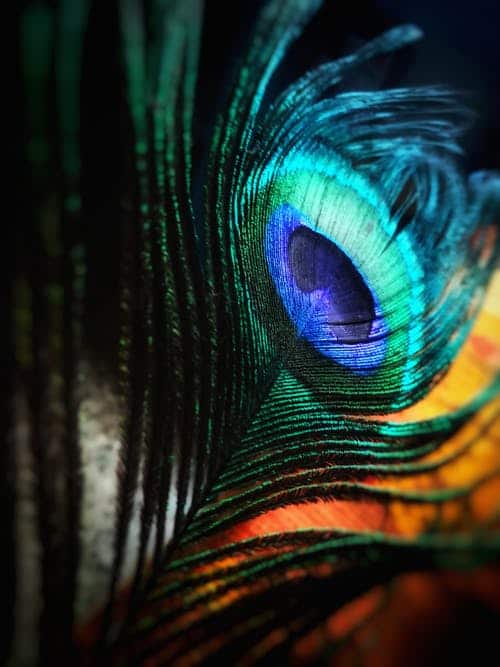 Ghazali lived in 5th century Hijri  and his book, Kitaab Al-Arba’in Fi Usul ad-Din, ‘The Forty Principles of the Religion,’ which he wrote before his death, is a summary of Ihya Ulumuddin, and his life’s works and thoughts.

In purification of the heart, Ghazali mentions 10 principles. Ostentation (riya) or doing things to show off is the last principle and it is a lengthy section. Ghazali looks at each disease, breaks it down and advises how to cure it, using his own insights and experience, as a student, as a teacher, as a master and then following his seclusion, as a new version of himself.

Riya is from ra’a, which means ‘to see’. It revolves around showing something, i.e the image you of yourself which you portray to others and consequently showing off. This is critical topical as we all have riya in some form or other. Ghazali is teaching us how to identify riya, levels and causes of riya, and how to get rid of it, as well as the dangers and consequences of it.

The Prophet (peace be on him) referred to it as minor shirk, as it is a very dangerous trait which we need to be aware of as it can sneak into any good deed and ruin it.

The internal and external

Riya can affect any aspect of life, for instance wearing smart clothes. There is nothing wrong with this if your aim is to look good. When the companions asked the Prophet (peace be on him) if it was OK to be well-dressed, he (peace be on him) clarified that what matters is not the clothes, but what is in the heart. Abdullah ibn Mas’ud reported that the Prophet (peace be upon him) said:

“No one who has the weight of a seed of arrogance in his heart will enter Paradise.” A man said, “But a man likes to have nice clothes and nice shoes.” The Prophet (peace be on him) said, “Verily, Allah is beautiful and He loves beauty. Arrogance is to disregard the truth and to look down upon people.” (Muslim)

The clothes are not wrong per se, but if wearing them makes you feel better than others this can be kibr (looking down on others) or riya (showing off), which is bad. You may need to dress up for an occasion or for work, that is permissible, but you have to watch out for your inner reality.

Indeed, one should take care of one’s appearance, but not dress shabbily in order to give the impression one is ascetic (a person of warah and zuhd). You are not allowed to fool people. Some people specialise in cunning others, by giving the impression they are religious to appear trustworthy. Be careful not to do this and not follow anyone like this. If your ibadah is not focussed on the Creator, but on impressing others then you are mocking Allah, this is haram. This is why the Prophet (peace be on him) called riya minor shirk.

If you are praying or performing acts of worship to show how practicing you are, or you are peppering your speech with religious phrases, like bismillah, mashallah, and akhi (brother) to con and cheat people, this is sinful. Not every person who says this is a charlatan, but there are many.

People have might portray a false image of themselves to get power, or women or children. Those who portray themselves as religious authorities to manipulate women and children are the worst. They can con ladies, and have many victims, but control them through fear. Their aim is not Allah, but their whims and desires.

Ghazali says riya can be increased according to intention – it can be haram, haram plus or double haram.  There are three levels. The worst is having riya in imaan – this is hypocrisy. The munafiq is the one who pretends he is a believer when he is not. It is to show one thing, but hide something else.

Riya in fard acts of worship

The second worse thing is to commit riya in your acts of worship, like salah, and zakat. For instance, the one who does not pray or pay zakat when others are not there, but prays or pays zakat when people are watching.

Riya in voluntary acts of worship

Someone who fasts on Arafah Day or prays tahajud to show off is doing something haram, but this not on the same level as committing riya in obligatory matters.

How do you identify riya in your actions?

If one has the motivation to do an act of worship which they would do alone, but enhances it due to the presence or gaze of others, Ghazali hopes that this extra motivation will not nullify the worship, and they will still be rewarded for the ibadah, but he thinks they will be punished for the riya which contaminated their action, or that the reward might be reduced.

If the motivation for worship is weak, and someone who does not normally pray, and would not pray on their own, but prays because of the presence of the people around him, their ibadah is nullified.

If someone was alone and would have prayed…?

Ask yourself if you would do a particular action even if no one saw you. For instance, you pray tahajud every night. If you have a guest and you perform it as you normally do, there is noting wrong with us, the issue is if you feel happy that your guest is impressed by you. That happiness is hidden.

If you did not feel happiness and you did not enhance your worship, and do not feel happy that they are impressed by you, but you expect that people greet you with extra respect because of this ibadah, and you are annoyed that Allah does not punish those who wrong you. This is an indication that your ibadah is a reason for showing off. You may not be aware of this, but it is hidden riya. Be careful.

It is alright to feel happy that Allah shows your good side to people and not your bad side. For instance if you are giving charity and people happen to witness it, it is fine for you to feel happy about Allah’s kindness towards you in veiling your bad aspects and revealing your good. Indeed it may encourage others to do good. For instance, at a fundraiser, if no one is contributing, so you raise your hand to encourage others to contribute that is fine. However if people are contributing and you raise your hand to show others then this is riya. If you can keep your contribution secret it is better, unless you can reveal it without feeling pleased with what others think of you. In general righteous people hide their ibadah. It is not a reason to stop ibadah if others find out about it. Do not seek others’ approval. When you are present with Allah that is the more important thing. Only seek reward from Allah, as Allah only accepts sincere actions done purely for His sake.

Ghazali says that it may not be possible to be free of hidden riya, so is your ibadah valid? He says know that riya can visit you always. And with that possibility it can be at the beginning or in the middle or at the end of the ibadah.

If you were praying and then you remember something you lost, and you lose your focus but rather than cutting short your salah, you continue it because you were shy that people were present, you have to repeat your salah. However if your salah was not completely disrupted but clouded, then unless you regain your focus it will ruin your salah.

If you finish your salah, and then you discover there were people who saw you and you feel happy people were watching you, you would be sinful for wanting your ibadah to be known.

All of these are examples of hidden riya.