Ghazali on how much wealth is sufficient for you 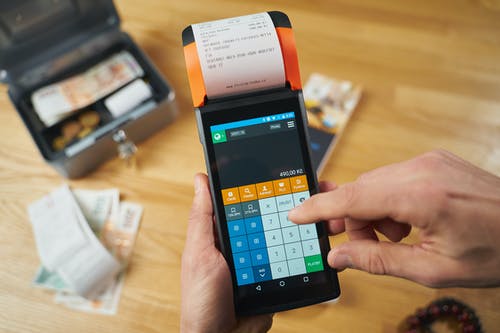 Imam Ghazali’s book, Kitaab Al-Arba’in Fi Usul ad-Din, ‘The Forty Principles of the Religion,’ which he wrote before his death, is a summary of Ihya Ulumuddin, and his life’s works and thoughts.

Being a miser is very destructive. Ghazali gave many explanations on his view of miserliness from the Quran and Sunnah and in practice. The root of miserliness is loving the dunya and loving wealth and he discussed how to have balance and not being obsessed by hoarding money or its other extremet wasting money.

Allah loves people of generosity and He is Al Karim, the Most Generous. We should use this wealth for the akhirah rather than the dunya. Ghazali talks about what is praiseworthy and what is blameworthy about wealth.

How excellent is the useful wealth of the righteous man. (Al Hakim)

Then Ghazali touches upon what we need in our life to survive. He calls this kifaya, i.e. what is enough for you.

The Prophet (peace be on him) in his dua would say:

“O Allah, make the provision of the family of Muhammad sufficient for them.” (Ibn Majah)

This should be our daily dua as we do not want to be in a situation where we have to beg anyone but Allah for our rizq. If your wealth is sufficient (kifayah) for you then you are spared the indignity of asking.

Can we have more than is sufficient for us or not?

Ghazali says that going beyond the kifayah can be detrimental to you for three reasons. The first is that it opens the gates for sins which you could not do if you did not have the money. Wealth presents many more possibilities for doing something haram. Indeed, the trial of ease is greater than the trial of hardship, and having patience when one is able is much more difficult than when one is unable.

Secondly, having more than one needs enables one to indulge in the luxuries in life and become accustomed to them. You do not restrict yourself to what is necessary, when you can afford more. Very soon luxury becomes part of your life, and you become spoilt.

There are three categories necessity (dhururiyat), need (hajjiyat) and then luxury (tahsiniyaat). Necessity what you cannot live without, for instance, food and drink, a house, electricity and heating if it is cold. (If it is not cold then heating is a not a necessity). Necessities are what are essential for your survival. Need is close to necessity, but you can live without it. It will not be a matter of life and death if you do not have those things, but life will be difficult without them. For instance, having a car is need, not a necessity. The third category is luxury.

If you are dependant on luxury, you are fragile. People who say ‘I can’t live without Starbucks in the morning’ are making themselves weak. What is this?! You can survive without any coffee. Just on the basics. Don’t make yourself dependant on luxury. It is good to rough it sometimes without getting into hardship. Rather than being wrapped in cotton wool. Come on you need to be tough. Seeking luxury wastes your time.

Later if you are struck by calamity, it will hit you harder because you find it difficult to live without the luxury to which you were accustomed. In fact, it may even drive to haram to sustain that lifestyle.  For this reason, it is advisable from time to time, to opt for basic options, to sleep on the floor, to rough it, to experience cheap holiday packages rather than five-star ones. You should be able to live in any environment, not be the chocolate generation –who melt at the first as soon as things are out of their comfort zone. Be adaptable and do not become dependant on material things – if you do not have your daily coffee, or soft cushions or mattress with you, then learn to cope! You can survive on the basics.

Thirdly, wealth distracts you from remembering Allah. Remember that Ghazali wrote this at the end of his life. Though he was in his 50s when he passed away, he was not concerned about dunya, because what you take with you is your good deeds. Worldly concerns such as how to make more money, where to invest it and how to spend it darken the heart and distract one from dhikr. Ghazali was not suggesting that you do not have money, but that you do not make it your main aim in life. Don’t just eat, drink, walk and talk business.

How much wealth is sufficient to live on?

Ghazali states that ‘There is no rich person who does not claim that what he possesses is sufficient’. He then says that the only essential things in life are food and clothes. If you leave aside luxury and beautification, then he says that 2 dinar per year is sufficient to live on. 2 dinars is equivalent to 8.5g gold, which amounts to £425 for a summer and winter clothes. Moreover he suggests consuming only one mudd of food per day, which is about 750g of staple food, such as wheat or barley. For this he budgets 3- 5 dinar per person depending on prices, which comes to £1100 per person for the year.

The Prophet (peace be on him) used to keep savings for 1 year, not for himself but for the sake of his wives.

Ghazali states that if you are working on a daily basis, the moment you have made enough for that day, go home and focus on your ibadah. You might say this is a lazy attitude, and that you should work more, make more money and then give it to charity. However what is more important – your relationship with Allah or the dunya. Even if you intend to give the surplus to charity, when you become engaged in seeking more, you inevitably get sucked in by the dunya and will find it hard to donate it. This is what Ghazali felt about life in the 5th Century AH.

He observed that hearts had changed and become dominated by miserliness. People were not concerned to seek out those who needed support in the community and giving them charity. Ghazali said do not save for a rainy day because when you are tried, it makes your heart shine. It gives you purity and clarity in your heart. This is why the tests of the prophets and messengers are greater than for other people. The more imaan you have the more you are tested.

The Prophet (peace be on him) lived in a modest home, and slept on a reed mat. He was not interested in having a place like the Caesars of Byzantine or the Persian kings. If you cannot wear less than designer brands there is an issue in your heart. Do not be a slave to fashion or bands.

How do you know if you are a miser?

It varies from one person to another. When you are unable to pay what the shariah dictates, on charity on your family or yourself then you are a miser or you argue over paying pennies with shopkeepers. Another indication that you are a miser according to Ghazali is when you are prepared to lose your reputation to save money. For instance if someone overcharges you and you know he will smear your reputation if you do not pay it, though you have the right not to pay him, if you choose not pay it than save your reputation this is a sign of miserliness. In such situations it is important to save your honour, because one of the aims of the shariah is protecting your honour.

Motivate yourself to rid yourself of miserliness

In order to rid yourself of miserliness is twofold – knowledge and action. The knowledge is understanding that people and Allah hate misers and that they will be punished in the akhirah. If you are collecting the money to leave it for your children, and not paying what you are due to pay, you harm yourself to benefit your children. The action is to train yourself and to push yourself to spend regularly until it becomes a habit. Reaching a level of generosity comes with practice, when you give and give until it becomes second nature. Keep reminding yourself that every time you spend for His sake, Allah multiplies the reward.

Imam Ahmad recorded from `Abdullah bin Ash-Shikhkhir that he said:

“I came to the Messenger of Allah while he was saying, ‘The mutual increase diverts you’ (102:1) The Son of Adam says, “My wealth, my wealth.” But do you get anything (of benefit) from your wealth except for that which you ate and you finished it, or that which you clothed yourself with and you wore it out, or that which you gave as charity and you have spent it. Everything else other than that will go away and leave him for the people. (Muslim)

Shaykh Haytham Tamim – The Thursday Al Ghazali Class 23rd December 2021 with additional notes on the psychotherapy of Hasad by Sister Rahma Abdul Latif. Delivered at the How to Keep your Heart Healthy Course, transcribed by F. Qadir.

How to avoid envy