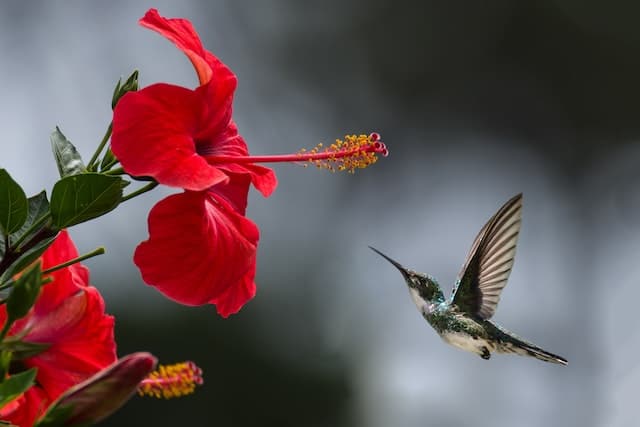 Ghazali lived in 5th century Hijri and his book, Kitaab Al-Arba’in Fi Usul ad-Din, ‘The Forty Principles of the Religion,’ which he wrote before his death, is a summary of Ihya Ulumuddin (Revival of the Sciences of the Religion), and his life’s works and thoughts.

In the last ten principles of the forty, he looks at good traits that we should adopt and nurture within ourselves. The first is tawbah (repentance); the second is khawf (fear) and the third is zuhd (asceticism), the fourth quality is sabr (patience). The fifth quality is shukr (gratitude) and the sixth is ikhlas (sincerity).

Those who rely on Allah depend on Him

Why should we not put our trust in Allah, when He has truly guided us to ˹the very best of˺ ways? Indeed, we will patiently endure whatever harm you may cause us. And in Allah let the faithful put their trust.” [14:12]

Tawakkul is connected with true iman

Two God-fearing men—who had been blessed by Allah—said, “Surprise them through the gate. If you do, you will certainly prevail. Put your trust in Allah if you are ˹truly˺ believers.” [5:23]

Allah loves those who rely on Him

It is out of Allah’s mercy that you ˹O Prophet˺ have been lenient with them. Had you been cruel or hard-hearted, they would have certainly abandoned you. So pardon them, ask Allah’s forgiveness for them, and consult with them in ˹conducting˺ matters. Once you make a decision, put your trust in Allah. Surely Allah loves those who trust in Him. [3:159]

If you want Allah’s love, rely on Him. How do you do this?

Allah suffices the one who relies on Him

and provide for them from sources they could never imagine. And whoever puts their trust in Allah, then He ˹alone˺ is sufficient for them. Certainly Allah achieves His Will. Allah has already set a destiny for everything. [65:3]

This does not mean that we do not have to do our homework, revise, study, practice and work hard.

Is Allah not sufficient for His servant? Yet they threaten you with other ˹powerless˺ gods besides Him! Whoever Allah leaves to stray will be left with no guide. [39:36]

Reliance is not limited to provision alone

If you were to rely on Allah true reliance, He would provide for you as He provides for the birds. They go out early in the morning hungry and return in the evening full. (Tirmidhi)

In this famous hadith, we see that if truly relied on Allah with sincere reliance, He would provide for us as He provides for the birds. The example of the bird is very apt because it is diminutive, delicate and soft. The bird does not sit and wait for sustenance to drop in its nest, but flies out in search of food every morning. This captures the meaning of tawakkul aptly, as the bird is fragile as compared to other animals which could have been mentioned, such as the camel or lion, yet the bird is not known for its strength or intelligence. However it comes back with food for itself and its young. Just as it flaps its wings and flies off to find its worms and seeds, we have to do our bit to seek our livelihood.

Imran bin Husayn narrated that the Prophet (peace be upon him) said:

“Whoever dedicates his life to Allah, Allah will suffice him every provision and provide for him from where he does not expect, and whoever his concern is this world then Allah will leave him to it”. [Tabarani in Al-Awsat]

If your heart is connected to Allah and you are doing your bit, then Allah will facilitate your provision (rizq) for you. Indeed, for anything you want you need to have tawakkul – not just for food, provision and money. You need tawakkul for everything you want in life.

This ayah tells us that if we follow the commands of Allah and have sabr and rely on Him, good results will come our way, for Allah is Ar-Razzaq, The Provider.

Bid your people to pray, and be diligent in ˹observing˺ it. We do not ask you to provide. It is We Who provide for you. And the ultimate outcome is ˹only˺ for ˹the people of˺ righteousness. [20:132]

if you Follow Allah’s commands, rely on him and have sabr, good results will come your way.

The divine wonders of tawheed appear in your actions. Tawakkul has three pillars: knowledge, belief and action.

The essence of tawakkul is understanding the meaning of la ilaha illallah – there is no god except Allah. In the daily supplication of the Prophet (peace be upon him), he used to say:

There is none worthy of worship except Allah alone. He has no partners. To Him belongs the Dominion, to Him belongs all praise and He is capable over all things.

This means that we believe that no one has the power to control anything in this universe, but Allah. There is no one else who is worthy of being worshipped. He deserves all praise and is able to do everything. It means having faith in the perfection of Allah’s power, generosity and wisdom.

It means knowing that Allah distributes provisions with His wisdom. When you have this tawakkul it becomes an inseparable part of you and your nature. Therefore, for instance, we do not envy others because we understands that what they have has been given to them by Allah and we cannot question whether they deserve what they have or not- as that is questioning and doubting Allah’s wisdom. We are not in a position to decide who deserves what with our limited intellect. He is the one who has full power over everything and wisdom in His distribution.

When your heart pumps with tawheed, it becomes the lens through which you see the world. You understand that nothing in the universe can do a thing without Allah’s permission and it is echoed in your words.

The layers of understanding tawheed

The reality of tawakul is that all actions go back to Allah. I.e. the whole universe. Nothing happens without Allah’s control and interlinked. For instance, the rain causes vegetation to grow, but the rainfall is caused by the clouds and the wind and water vapour from the seas, which in turn are subjugated by Allah. Sometimes we can’t see this chain. We only see what is very close to us. For instance when someone feeds you, you might say thank them and feel grateful that they offered something, but the reality is that they were simply the means of passing on to you what Allah had intended for you.

This beautiful holy hadith shows that our example is like the ant which is looking at a line drawn by the pen and thinks the pen has made the line but does not realise that the pen is held by the person who holds it between his fingers. This is how limited our vision is and that is why we relate the actions of people to their knowledge and power. If we were to see what is beyond the pen then we would understand the cause behind it, as Allah states in Surat al-Anfal when the Prophet (peace be upon threw some sand at the enemy it was Allah’s hand behind his hand:

The second pillar knowledge – the state of the heart

The second pillar is haal e tawakkul (the state of tawakkul). Reliance means you leave your affairs to Allah. Your heart trusts Him and your mind is at rest, resigned to Him and you do not turn to other than Allah.

How do we move from knowledge to true iman about tawakkul. i.e move from theory to practice. Delegate your affairs to Allah. Have confidence that He will look after your affairs. An example of this is that you give your case to the best lawyer and go home relaxed because you have someone who trusted, experienced, proficient and knowledge. You know your affairs are in good hands and there is no more you can do. Thus whoever realises that all affairs, provision, life and death and creation are in Allah’s hands and He has no partners, and His generosity, wisdom and rahma are unlimited can rely on Him. You need look no further. Your heart relies on Him and your life relies on Him.

If you didn’t get this reliance and tranquility it is due to one of two reasons. The first reason is weakness in certainty (da’f al yaqeen), which is caused by doubts, and whispers in your heart. For instance, though death is certain, we do not let it control our heart. Whereas when we see death is certain, we behave differently. The second reason we don’t get tawakkul is due to cowardice which causes us to follow  whims and doubts. Two people can do the same action – but one does it with courage and confidence, while the other does it with timidity and lacking assurance. People have varying strengths and weakness.

We all have weakness. Through tawheed of Allah, we develop certainty. If you want to strengthen your certainty, then you need to increase your tawheed and trust in Allah and have no doubt of Allah’s control and sovereignty.