Ghazali on sincerity – transforming an inferior act into a superior act 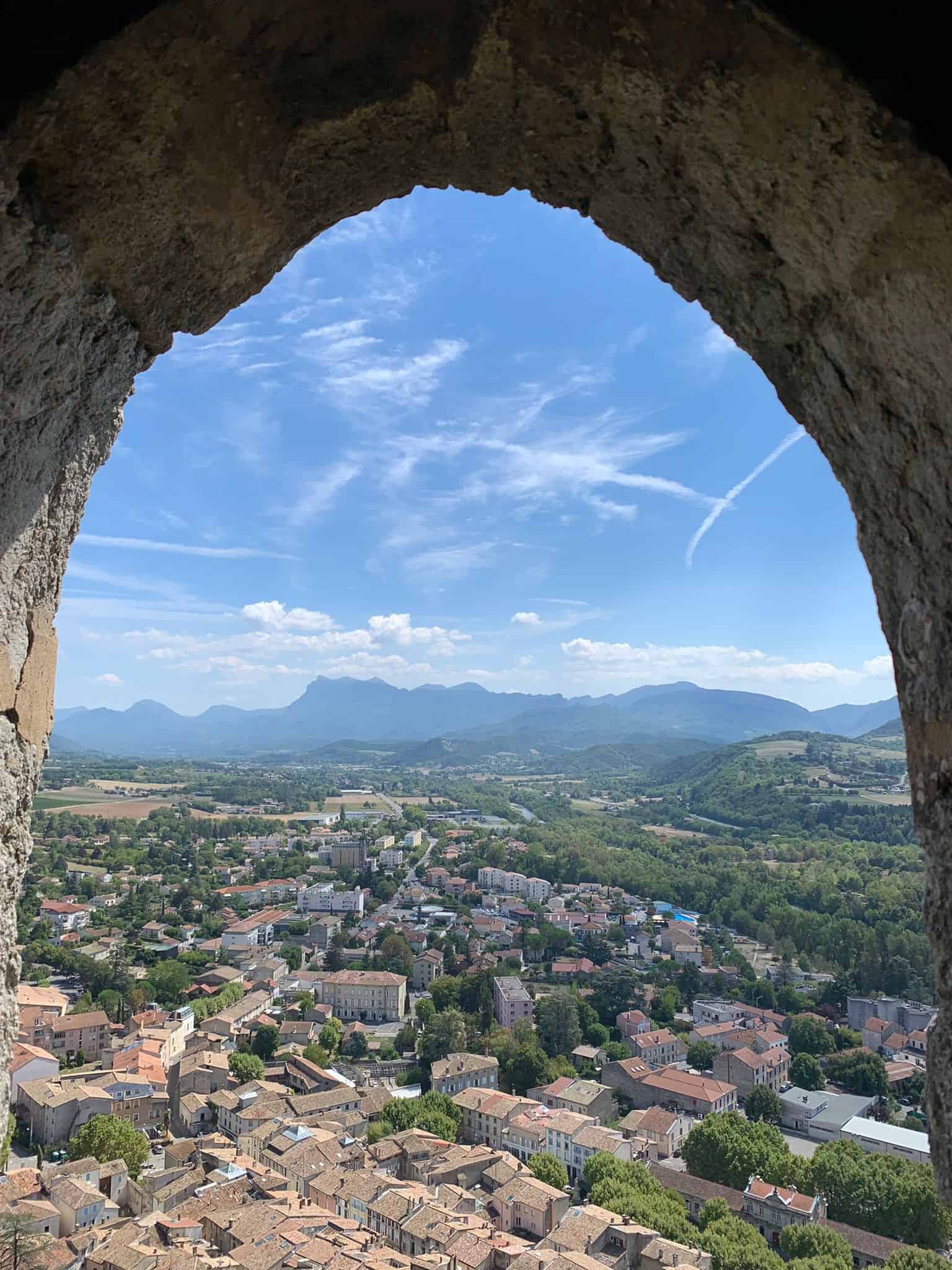 The connect / disconnect between the heart and tongue

Ghazali says intention is not determined by what you say, but by a deeper motivation. Simply verbalising something is not a true indication that you mean it. For instance saying ‘I intend to love someone or pay zakah’ does not move you to action. These are just words. An expression. Unless it is accompanied by the motivation to achieve that end.

Though we are all familiar with the intention most people pronounce before praying, the motivation to pray precedes that uttering of words. The motivation came when one decided that they would get up to pray, and went to perform wudu and lay out their mat.

The stronger the faith, the deeper the motivation and the more one’s verbalisation will reflect their motivation. This is because there can be a disconnect between the heart and the tongue. However, the stronger one’s faith, the more their tongue is a transmitter of their heart. Even though the verbalisation is not required.

Though the verbalisation of one’s intention is not necessary for one to carry out the act, saying one is about to pray salah out loud it may help one focus on the prayer, gain khushoo (tranquility and mindfulness) and cut out distractions, and help concentrate on the prayer at hand.

It is worth noting that if your action is not carried out by your motivation to do it, but your fear of being criticised by others then that is not a sincere intention. Moreover, one’s intention is firmer when one knows the insignificance of this world compared to the magnitude of the hereafter. When this is clear in one’s mind, then it awakens a desire for everything that is a means to a reward in the afterlife.

The body without the soul

If you do not have a clear intention behind an action this, that action is like a body without a soul. Ghazazli explains this by giving the example of pious predecessors who desisted from good actions when they knew the intention to do them was lacking. He mentions a story which is not verified, but has been widely quoted that  Muhammad ibn Sireen did not pray the janaza of Hasan al Basri because he felt his intention was not present. Praying the janaza prayer is fard kifaya i.e a communal obligation, not a voluntary action / sunnah. One would not say that they will not pray because they lack the right intention to pray. One is duty bound to pray. However this example shows us the high level thinking of the pious predecessors who dissected their intentions and did not perform actions for the sake of them but only if that action was being done solely and wholly for Allah.

Another example from pious people is a man who refused to visit someone until he found the right intention in his heart, and Tawwus bin Kaysan (died 723), who was a tabiyeen (mentioned by Abi Shaybah in his Musannaf) refused to make dua for others unless his heart was sincerely engaged in that dua, and he had the right intention. This is not an example for us to follow, as it would be construed as rude if one refused to visit one’s friend because one did not feel the right intention yet. However it shows us how carefully one should scrutinise one’s intention even when doing something as simple as visiting a sick friend. Are you visiting them to please Allah, Who wants us to serve others and support the sick, or for other reasons like wanting them to visit you in return when you are sick?

Therefore an action without an intention is lifeless, for intention is the core of the action and its acceptability to Allah. Don’t waste your time doing actions which have no soul. Re-visit your intention regularly.

Actions are lifeless bodies and the soul of these bodies is sincerity (ikhlas).

Superficially one would say that fasting, recitation of the Quran and other acts of worship are more rewarding than for instance eating, sleeping or taking a walk in the park. However if one performs these actions in order to make one’s worship better – more focused and more energised – by eating, or taking a nap then eating, sleeping or taking a walk in the park become more rewardable than lack lustre acts of worship, in which the heart and mind are barely engaged. If one is too tired to engage properly with acts of worship and becomes bored of an act of worship, then taking a break and seeks halal entertainment with the intention of resuming the worship re-energised with more zeal makes the ‘inferior’ act of being entertained a superior act than the act of worship done with boredom.

Whoever has an intention to gain strength for ibadah by eating and drinking is doing what is more appropriate than fasting for him at that moment.

Aisha (may Allah be pleased with her) said in an authentic hadith:

“A woman from the tribe of Bani Asad was sitting with me, and the Messenger of Allah (peace be upon him) came to my house and said, ‘Who is this?’ I said, ‘She is so-and-so; she does not sleep at night because she is engaged in prayer.’ The Prophet (peace be upon him) said, ‘Do (good) deeds within your capacity; Allah never gets tired (of giving rewards) until you get tired (of doing good deeds).’” [Bukhari and Muslim]

What does this hadith mean when it says Allah does not get ‘bored’ until you get ‘bored’? Ibn al Jazari in his book, Kitab Ghayat al-Nihayah FI Tabaqat a-Qurra, which is an encyclopaedia for difficult words in the Quran and Sunnah, commented on this hadith the word boredom cannot be taken literally, as Allah Almighty does not get bored. We cannot attribute this feature to Allah. Rather it means that Allah Almighty does not cease giving gifts to His servants until they tired of asking Him. If you ask Him, He gives, but if you get bored of asking Allah, then He gives His gifts to those who ask over those who are not interested in asking.

Judging on the surface

Ghazali beautifully observed that his comments regarding what is more rewarding will not be understood by superficial jurists (ad-dhahriyoon), because they will calculate the worth of an action by the action not the intention. On the surface, praying voluntary prayers is more rewarding than sleeping. 1000 years after Ghazali, some scholars will still have the same mindset, so what Ghazali said is still applicable to us today.

The higher one’s level of imaan, the more clearer and targetted one’s intention will be. A heart full of imaan will have more motivation to connect all one does to seeking Allah’s pleasure and the akhirah. Imaan does not come from saying it, but from training it. Imaan is not on the tongue, it is in the heart.

What is ikhlas? It is sincerity of intention. Scholars quote this verse a lot:

And they were not commanded except to worship Allah , [being] sincere to Him in religion, inclining to truth, and to establish prayer and to give zakah. And that is the correct religion. (98:5)

In another verse Allah Almighty says:

Unquestionably, for Allah is the pure religion. (39:3)

Except for those who repent, correct themselves, hold fast to Allah, and are sincere in their religion for Allah, for those will be with the believers. And Allah is going to give the believers a great reward. (4:146)

Three narrations not authentic. These narrations are often quoted in books of tasawwuf but they are very, very weak. Scholars of hadith will not rely on such narrations.

Of course, there is no doubt that sincerity is important but these narrations are not authentic. Many Sufis follows go into seclusion (khalwa) for 40 days related to this. Regardless, Ghazali wants to relate is importance ikhlas, which is clear from the Quran.

Though one may have multiple intentions for an action (as mentioned previously) as long as they are all seeking the sole purpose of Allah’s pleasure they are accepted. However the moment this purpose is tainted by a worldly or material aim one has diluted it and added a diverted its purpose off track, this is known as making a partnership, Ishraak. It means that rather than performing salah for instance, for the sake of Allah, if one is also showing off to others, then the sincerity has been polluted by riya (showing off or seeking praise). This means that action will not recorded for you, but against you.

Sincerity is therefore about having one pure motivation. Previously we covered the topic of riya in depth.

Examples of how one can undermine the intention are:

You might do one action at different times for different intentions, but the taste is different.

Ghazali is showing us that we need to filter our intentions to ensure that our actions are accepted. Contaminated motivation ruins the reward. As long as the core of an action is related to pleasing Allah, then you can add other intentions that achieve that purpose.

One acid test for the sincerity of an intention is whether you would do it if no one but Allah knew you had done it. Having an internal dialogue to check why you are doing something is a good thing. The moment you feel smug or self-satisfied is when you will fall- so remain vigilant without becoming obsessive – which is unhealthy and counter-productive.

How do you measure the action? Is it the sweetness of the action?  It may not be. Do your best to purify your intention, cut out your ego and do the action with the right etiquettes. We will not always get it right, but that is why we have repentance to rectify it.

Ghazali on showing off (part 2)