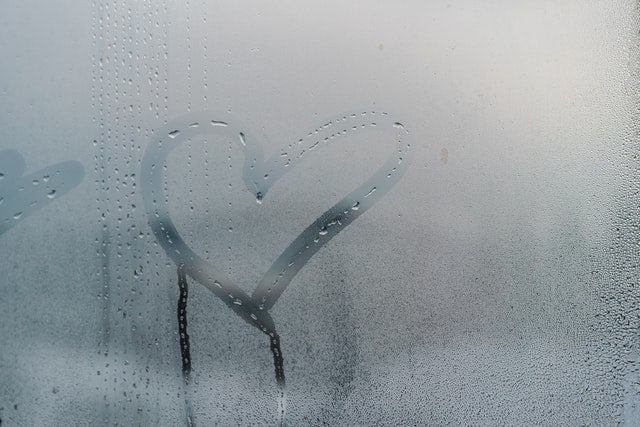 Ghazali has wonderful clarity as well as a very logical approach which reflects his proficiency as a theologian, philosopher, usuli and faqih and spiritual master. He explains that in order to repent, we should know where our sins emanate from, within us.

He divided it trying to categorise where goodness is coming from and evil. This is what he does explores in much more detail in Ihya Ulum ad- Din. These reflections are coming from Ghazali’s experience and depths of thought.

The animalistic part of man leads to desire, evil and wickedness.

This part is responsible for cunning, plotting and deceiving.

This is pride, which belongs to Allah, and dignity (izz). These are attributes of Allah which also have in us. We have love of praise, which we need to moderate and control and love of power, which is dangerous if it is unchecked.

It is incumbent on us to repent in every state in our life. Why is it incumbent? Whatever we do, we will always make some mistakes – that is our nature. This is why we need to learn how to repent properly.

The sin can be through your limbs or your heart. If you harm someone by your hand that is a sin of your limbs, but if you feel animosity towards someone or envy, that is a sin of the heart. For this reason, we need inward and outward purification.

The heart which has sins is far from Allah.

Repentance (tawbah) means focusing on cleaning the heart from sins. It is returning to Allah when you have gone off track and come back on track. It is from being far from Him to close to Him.

If you don’t have sins, you can still be in a state of ghaflah – the state in which you are not remembering Allah. When you forget, you need to remember. It is difficult to attain a state where you remember Allah all the time, and be in a state of hudur presence , so our hearts become cloudy. Therefore we need to do tawbah on a daily basis, as the Prophet (peace be on him) taught us.

The Prophet (peace be on him) found his heart became clouded by dealing with people and listening to their concerns, as this shifted his focus from Allah, and from the dhikr of Allah to them. This is a very high level, but this was where the cloudiness came from. We are not on that level.

Based on this, scholars say that the Prophet (peace be on him) did not sin, his tawbah, as he progressed higher through spiritual states, was for his previous levels. In other words the tawbah of the gnostic is looking back at their previous state and making istighfar for it.

We can look at the stars but we are on the ground. It requires more dedication and more ikhlas (sincerity) to go up inshallah.

The conditions of tawbah

If tawbah fulfils the right conditions, it will be accepted. The definition of acceptance is when your heart is prepared to receive the light of knowledge (tajalli anwaril marifa).

Desire blocks out divine light from your heart

Your heart is like a mirror. What prevents the heart from receiving the light of knowledge is desire. The evidence for this is Ramadan. When we control our desire we are closest to Allah. As Allah Almighty stated in the Quran:

This closeness is mentioned in the midst of the verses about fasting, as there is a direct correlation between restraining desire and closeness to Allah Almighty.

We see this restraint in desire for food and intimacy during all acts of worship, from salah, fasting and Hajj, as you are not allowed to have intimacy in the state of ihram. There is a clear thread that runs through the pillars which is controlling desire. The more control you have (with moderation) over your desires, the closer you are to Allah. What prevents the light entering your heart is desire and the urge to fulfil desire.

Sin covers the heart with darkness

Each and every sin covers the heart with darkness. When you sin, it blots out the light. Whenever you do a good deed, it enlightens your heart. Good deeds polish the heart and make it shine. That is why the prophetic advice is to follow up a bad deed with a good deed to erase it.((Tirmidhi).

If we understand this concept, when we sin, we can come back and polish our hearts and ask Allah for acceptance.

Tawbah is the soap for the soul

Ghazali says tawbah for the heart is like soap when washing clothes. If you want to wash your clothes you need a cleansing agent. You need to use it properly and it is the polish for the heart. It inevitably removes filth from it if it is used correctly.

Tawbah can’t happen if you keep sinning. You cannot ask for repentance while you are sinning, as you have to stop sinning in order to repent. Somebody who is involved in a sin and asking for repentance cannot continue the sin. This is one of the conditions for the acceptance of tawbah. Ask for forgiveness with the intention not to repeat that sin.

If your sin involves a third party, you need their forgiveness to be forgiven.

The leper without the mirror

The treatment of repentance is to unravel the knot of persistence. Indeed, there is nothing that prevents it except persistence; and nothing causes persistence except heedlessness and desire. This is a disease in the heart, and its treatment is like the treatment of the body’s diseases.

The remedy is like the cure for the body. As you seek the doctors advice. Similarly you should do that if you have illness in the heart.

In his Ihya Ulum ad-Din, Ghazali talks about the conditions of seeking knowledge and the scholars whom you should receive knowledge from. Though he lived between 450-505 AH (d. 1111CE) he commented that in his time there were very few of them. Thus those with chronic disease could not cure themselves.

He is describing his reality and though we still have this. Some scholars are immersed in dunya and luxury so they stop talking about akhirah, in case they attract attention to the dunya in their lives.

Ghazali mentions in Ihya and here and in risalat ayuhal walad that we need to help to cure these illnesses. If you want the cure for this you have to look at the reason behind why you repeating and insisting on sins.

Postponed punishment. Someone who is engaged in sin all the time it has one of five reasons:

As Allah stated in near the end of Surat Al- Hashr:

O believers! Be mindful of Allah and let every soul look to what ˹deeds˺ it has sent forth for tomorrow. And fear Allah, ˹for˺ certainly Allah is All-Aware of what you do. (59:18)

Ask yourself, when your Book will be opened and read will you be happy or ashamed? And wish you had done more. We still have time god knows how long as long as we are breathing we can repent and come back to Allah.

The last reason one can be relaxed is that he is in doubt about the Day of Judgement. If he is in that state it is the state of disbelief.

May Allah protect us from Ghaflah, sins and disbelief.