All about the awliya’ (part 2) 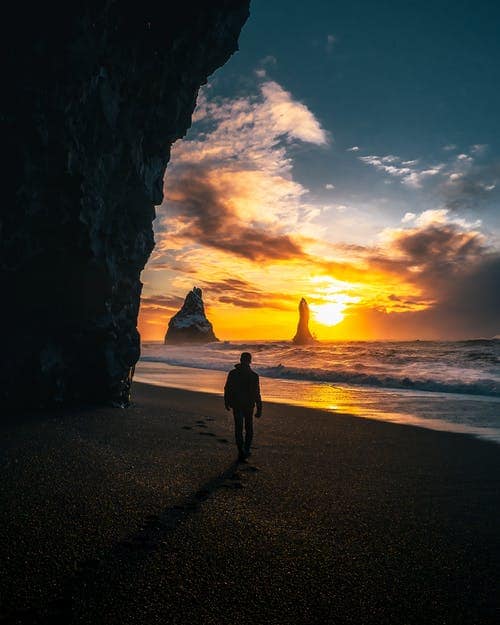 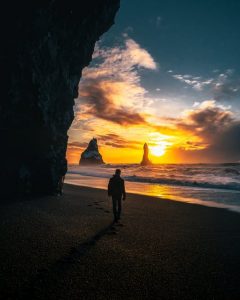 General wilayah is the closeness to Allah of anyone who always prays on time.  He is among the awliya‘ (those close to Allah). This is known as general wilayah. This is a strong incentive to pray on time and be in the routine of never missing salah. This is good news for all of us, inshaAllah as it means all musalis (those who pray), and those who say ‘La ilaha illallah, MuhammadurRasoolullah’ and fulfil their obligations InshaAllah will be amongst awilaya‘ of Allah.

Specific wilayah has different levels. It does not come without hard work, hard work combined with the right intention. You don’t increase your nawafil and keep your obligations for the sake of being a waliy. No. You do this because it draws you closer to Allah Almighty and it is how you show your gratitude to Allah.

The book Talbis Iblis which has been translated into English, by Ibn Al Jawzi outlines many tricks, traps and deceptions of shaytan.

For instance, shaytan often comes to the Musalli and tries to change his intention. Our intention for salah is to show our gratitude to Allah Almighty and  to be closer to Him. Not because we want to have karama, and fly. It’s to be free from the shackles of our whims.

Wilayah is therefore not about power, it’s a responsibility. If Allah Almighty gives somebody something he has to utilise it in good things, otherwise He will take it away from him.

This means consistency is very important. Have consistency in your salah, your intention, your focus, have the passion to be closer to Allah, and show your gratitude to Him. Your faculties and senses have to be in line with what pleases Allah Almighty and then you will see the response from the Almighty.

One of the liens in the travel dua is:

O Allah, lighten this journey for us and fold the space/distance for us. (Muslim).

We see Allah folds space and time for his awliya’ in the story of the waliy who transported the throne of Bilqis for Sulaiman in the blink of an eye with Allah’s grace. The journey which should have taken weeks happened in an instant. In seconds Allah Almighty, folded the space, He brought it.

He who had knowledge from the Book said, “I will bring it to you before your glance returns to you.” And when he saw it settled before him, he said, “This is from the grace of my Lord, to test me, whether I am grateful or ungrateful. He who is grateful, his gratitude is to his own credit; but he who is ungrateful—my Lord is Independent and Generous.” (27:40)”

Similarly time can be folded or expanded. Is it really possible? Yes. Allah is the Creator. He can enable people to do things which bend the laws of nature with His will.

The waliy who could recite the Quran in 6 rakahs

In Ramadan in Damascus there used to be a Shaykh who was very well known to be from the awliya’. He was a hafidh of the Quran and he had beautiful recitation.

He would not lead the prayer in Ramadan but people would keep an eye open for him, and watching and wait for him to come. The last 10 nights, he would sometimes visit a local mosque without saying he would come. One night my friend was there and saw this. The shaykh lead the tahajjud prayers and without rushing in any way, finished reciting the entire Quran in around 6 rakahs.

This was witnessed by the congregation. This is folding time. Allah will fold or expand time. A task which normally takes 10 hours, will be done in 10 minutes. Or a task which should take 10 months, can be done in 10 days.

The student who completed his PhD

I saw this happen to a student of mine who had a PhD deadline. He was also working on a project for an Islamic project and there were not enough hours for him to get through everything before the submission of his work.

He said, ‘I do not want to drop this project, so I will continue working on it.’ And later he said, ‘Shaykh, something happened to me. I don’t know how. Usually a chapter takes 2 months to finish, but I finished it in one week.’ He told his friends and they couldn’t believe it. They said he was joking, or making it up. He said he couldn’t believe it himself. SubhanAllah this is the barakah of his ikhlas (sincerity). When you do something for Allah’s sake, Allah folds time for you.

Allah fulfills the duas which fulfil the conditions and etiquettes of dua. There are specific times where dua is more accepted and special places and special people.

If you choose the right time, the right place and have the right etiquette, inshaAllah Allah will accept your dua, Allah Almighty.

Allah will surely defend those who believe. (22:38)

You might wonder if Allah Almighty defends his awliya’, why are some scholars in prison and why have scholars been tortured in our history? There might be a lesson in it for them. Allah has His wisdom and His plan.

The waliy who called for rain

There was a Kuwaiti Da’i caller for Allah called Dr Abdul Rahman Al-Summit who died 2013 (May Allah have mercy on him) who went to do dawah in Africa and Allah facilitated for him to bring about few million people to Islam. He opened schools and hospitals and founded many beneficial initiatives. He once went to a village where they challenged him. They said, they would only listen to him if he could make the Lord send rain, as they had had a drought for 4 – 5 years.

He said ‘Ya Allah, don’t let me down. Thousands of people in the village are expecting this, not from me but from You. He prayed the Istisqa Salah and said: Ya Allah’ He wept and cried and he said, subhanallah, it didn’t pour but it started drizzling and the whole village came to Islam. Allah did not let him down. He acknowledged to Allah, that he is weak and he cannot achieve this. And begged Allah to send rain. What more could he do?

The waliy who vanished after the rain

In another village there was a drought for a long time. The scholars and the calipha had made salah and dua for rain, but the drought continued and their land was arid and scorched.

One day, an unremarkable man was observed in the corner of the mosque with his hands raised in dua, calling on Allah to send the rain. He said ‘Ya Allah, ya Allah, the rain. We want the rain for the animals and the people.’ As he  cried and begged, the clouds gathered overhead and the rain began to fall.

As the unknown man finished his salah, he realised that he had been discovered as a waliy, and that it would be known that the rain was the answer to his dua, so he disappeared. Awliya’ do not like to take credit or draw attention to themselves.

The dunya means nothing to them. It is just a tool, which is in their hand but not in their heart.

Shaykh Haroon, a well-known waliy in Damascus, had a traditional Arabic house with a courtyard and fountain in the middle and rooms around it over 2 floors, for the summer and for the winter. People would come and sit in the garden around the fountain and so on.

One day a professor of Arabic language who was sceptical of his reputation was taken by those who knew the Shaykh to meet him.

He wanted to test him and brought a book with him as he thought the Shaykh was illiterate. The Shaykh welcomed him and was generous with them and hospitable and he picked some apples for them from his tree.

They were 5 people, so the Shaykh picked 5 apples and he said, ‘Bismillah, bismillah, bismillah 5’. The professor who doubted him, could see there were no more apples on the tree, said, ‘Shaykh, it’s very delicious, may I have one more?’ The Shaykh who had already distributed all five apples, simply reached inside his pocket and pulled out one more, and handed it to him.

The Shaykh then asked the professor ‘What’s this book you are carrying? Read us some of it?’. The Professor who believed the Shaykh would not understand the technicalities in his book, began to read out loud, but  made deliberate mistakes. Every time he made a mistake, the Shaykh said, ‘Be careful’. This continued until the professor realised he was a wali’.

The obedience of the awliya’

To be a waliy one must be very observant of Allah’s obligations and prohibitions. Stay clear of haram and doubtful matters, even some permissible issue, which might lead to impermissible issues. Some waliy’s will leave what is ‘mubah’, i.e. permissible could lead to something, which is not good, even though it is halal itself.

For instance one of our shuyykh, Shaykh Abdul Rahman Shaghouri, rahimallah, would not eat after maghrib, because it makes him lighter, and he can do qiyamul layl. I’ve witnessed him many times SubhanAllah, when he walks, it seems he is light as a bird.

The core of wilayah is connection with Allah, through dhikr and worship. Many of us are not diligent about our salah. We might miss them, delay them or rush them. This is common. However if you want to become closer to Allah, you cannot jump to level 5 when you have not achieved level 1. You need to begin by  fulfilling your obligations. You need to master the alphabet before you can read.

All about awliya (part 1)

The dua Allah is quick to answer