What does International Women’s Day have to do with Islam 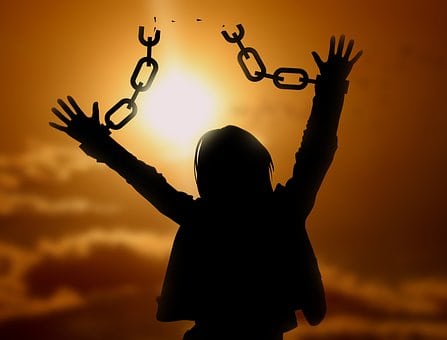 Women’s Day is a reminder that we still have not secured freedom from oppression for women. Isn’t it time that we deliver women the rights that Islam gave them 1400 years ago?

O mankind we have created you from a male and female and we have made you into tribes and nations in order to know one another.

Indeed the most honourable of you before Allah is the one who has the best conduct. (49:13)

Honouring the Children of Adam

The human race has been honoured by Allah Almighty. Honouring mankind extends to all humanity not just one section of society to the exclusion of others. This is why Allah Almighty stresses the importance of justice throughout the Qur’an.

Justice is not an ideal but an imperative.

Allah Almighty has forbidden oppression. He has not allowed us to bully, harass, subjugate or persecute any person in the world.

The best way to honour the Children of Adam is to treat them with fairness. This is why so many verses talk about the prohibition of oppression (dhulm) in any form, whether this is social, political, economic, or in any other guise. The most common oppression is social oppression, which is widespread and more often than not, we turn a blind eye to it.

Before the revelation descended on the Prophet (peace be on him) jahiliya (ignorant) practices towards women and children, orphans and the weak, and vulnerable were prevalent.

To restore equality and justice to the community, Allah Almighty revealed surah Nisa and surah Talaq focusing on women’s issues.

8th March every year is International Women’s Day, and some might say ‘What does it have to do with us? It is biddah it has nothing to do with us.’ Actually this day is a reflection of social oppression. Why do certain countries celebrate Independence Day? To mark their liberation. Women’s Day is a reminder that we still have not secured freedom from oppression for women.

Islam came to liberate women from oppression and gave women the right to be financially independent. They were allowed to trade and earn, to have their own account, separate from their husband’s. They are not obliged to give him their money without their consent. They are entitled to a mahr upon marriage and their own share of inheritance.

Women had the right to elect others to office, or to be elected themselves. We see from the seerah that they were included in Shura (political consultations) and were given a high level of respect.

Being the best to your family

Surah Nisa examines the social oppression of women, orphans and the weak in the community. Allah Almighty addresses this issue in the Quran and the Prophet (peace be on him) encouraged us to deliver justice and be fair towards women and children. He (peace be on him) said:

The best among you are the best towards their family. (Tirmidhi) 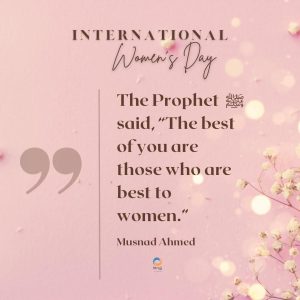 In other words, the best men are those who are the best towards their wife, children, and the weak. In his Last Sermon at the Farewell Hajj, the Prophet (peace be on him) emphasised certain actions. These have been narrated in Sahih Muslim, with Nawawi’s commentary, and Khandhelwi who wrote a 400 page book on the Farewell Hajj and the Final Sermon. In this he (peace be on him) said:

The oppression of women

Why did the Prophet (peace be on him) need to say this? Because oppression was common before Islam was introduced – forced marriages, trapping women in dead marriages, depriving them from their rightful inheritance, burying girls alive, beating them and the long list goes on. Unfortunately we still have some of these practices today – forced marriages, injustice in divorce, and abuse are still happening today. Many women are not allowed to open their mouths and ask for their rightful share in inheritance. In the modern world we still have inequality in employment, in salary and leadership positions.

Do not go beyond justice to the opposite extreme

No wonder we have International Women’s Day to highlight the plight of women. It is not about jumping on the bandwagon of feminism, but genuinely ensuring that no sector of society is dealt with unfairly.

In many scenarios, women are overburdened as they are not just carrying out the roles of homemakers and carrying the responsibility of looking after the family, but also working hard in their professional lives. Men and women have to work with mutual harmony, and share the load. Allah Almighty endowed men and women with certain qualities and enabled them to do certain tasks better than the other. Each one complements the other. They need each other. We cannot erase biological, emotional and psychological differences.

Honour the weak by delivering justice

When we read surah Nisa we see that Allah Almighty talks about the mustadafeen – those who are weak, and this includes women, children and orphans. Defending them is how we honour them- by treating them equally. This is true justice. It is not just a label we stick on top, it is is principle we practice. In this day and age there are plenty of titles and buzz words, but in reality the practice is void and fake.

We want to be genuine. We want to be supportive of each other as the shariah supports – fair treatment for everyone. In the hadith Qudsi Allah says:

I have made oppression forbidden on myself and made it forbidden among you so do not oppress one another. (Muslim)

I wonder why people separate women from society as if they are a different species. When Allah Almighty said, Ya Ayuhal Ladhina Amanu, (O you who believe) He did not distinguish between men and women.

There is no restriction on what job a woman can do. She can be a CEO or CFO or a politician or a manager, whatever she wants, she can be a judge especially in the Hanafi school. There is no restriction on what she can do, with one exception, which is being the imam of a masjid. This is because matters related to salah are prescriptive, we cannot change them, we have to copy them exactly as the Prophet (peace be on him) taught us.

From Islamic point of view, if a woman does the same job with the same skills as a man, it is unfair for her to have less pay than a man. This is injustice and is haram. There is nothing in Islam that says she should get paid less because she is a woman. We have to treat people equally.

The Prophet (peace be on him) taught us to give gifts equally between children in our lifetime. Yet many parents give more to their sons in their lifetime than their daughters. This is injustice. The overarching principle is avoiding injustice. We must deal fairly with everyone, starting from our parents and siblings and wives and children.

Allah Almighty has not treated men and women differently in the Quran- their obligations are the same, as they are called upon by Allah collectively as ‘O you who believe’. Islam brought women respect, financial independence and social justice.

We see from the Quran the enormous respect given to mothers. Allah Almighty said:

And We have commanded people to ˹honour˺ their parents. Their mothers bore them through hardship upon hardship, and their weaning takes two years. So be grateful to Me and your parents. To Me is the final return.

But if they pressure you to associate with Me what you have no knowledge of, do not obey them. Still keep their company in this world courteously, and follow the way of those who turn to Me ˹in devotion˺. Then to Me you will ˹all˺ return, and then I will inform you of what you used to do. (Surat Luqman 31:14:15)

Indeed, as often quoted from the narration of Abu Hurairah (may Allah be pleased with him) we see that women were given even more respect in some situations than men:

May Allah enable us to be the people of justice and fairness.

How to divide the household chores

Silencing women is not the prophetic way

Men and women in Islam

What does Islam say about equal pay for women

Can a woman travel without a mahram

Can women visit the graveyard

Can women recite the Quran on her period

Maryam (AS) Inspiration from the best of women

How long is iddah for widows

Intimacy during a woman’s period

Do women have to wash plaited hair during ghusl

7 Tips on saving a marriage

When Oppression comes back to bite

Muhammad (peace be on him) the Maker of a New Civilisation