Muhammad (peace be on him) The Maker of New Civilisation 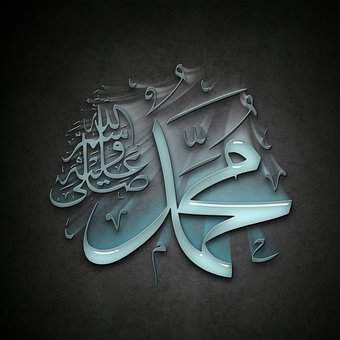 I am not but as a gifted mercy.  (Sunan Al Darimi and Bayhaqi)

Allah Almighty gifted the Prophet (peace be on him) to humanity and through His revelation enabled him to create and establish a brand-new civilisation, the likes of which had never existed before.

When we see the essence of the new civilisation, inspired by the revelation of Allah Almighty, we can see it is built firmly on clear ideological pillars – a civilisation based on peace and justice, balanced between the soul and the body, with equilibrium between rights and responsibility. A way of life which aligned the inward and the outward.

The civilisation which he created was not exclusive for Muslims but for all mankind. It ushered in a new era to sweep away oppression, ignorance, arrogance and misunderstanding.

Though the society at the time was not entirely devoid of values – they had many good character traits, but at the same time, many of their practices went against justice and this why the Prophet (peace be on him) mentioned in the hadith:

I have been sent to perfect good character. (al Muwatta)

One of the most prevalent themes in the Qur’an and sunnah is the concept of adl (justice). One of Allah’s names is the All Just. When justice is breached, we have the birth of oppression and harm in multifaceted guises. The Prophet (peace be on him) taught people these values and practiced them himself, whether it was in the arbitration of justice to a close relative or stranger.

The promotion of justice and truth, and the restraining of oppression and falsehood pervade the Qur’an and sunnah.

The Prophet (peace be on him) brought hope to those who were hopeless. If you rely on Allah Almighty, He will facilitate a way out for you. He will enable you to do things you never thought were possible. He put an end to the might of the oppressors and reminded us of accountability. No one can go against justice and revelation without facing the consequences. There is no reliance on might or allies.

Relationship with Allah Almighty and the Universe

Allah Almighty subjugated the universe to us. We don’t worship it, this is called taskheer. Meanwhile, our relationship with Allah is that of ibadah and obedience.

The Prophet (peace be on him) gave vision to people. He taught them how to think, who to worship, how to perform ibadah, how to plan our future. Without vision, we are either heedless, dead or oppressed.

Inevitably we experience difficulties in acting in accordance with what is right, but the Prophet (peace be on him) taught us to navigate through obstacles.

Relationship between Belief and Action

Belief is like a code which is latent until it is activated. Belief is not simply an emotion felt in the heart. It has to be connected to action. Only then has it been properly expressed.

All prophets and messengers brought one formula –  success only comes to: Those who believe and do good deeds.

Thus the Prophet (peace be on him) taught us to act on our imaan. Not just live according to our whims and desires. And not to make empty claims, but spread goodness through tangible actions.

When we connect actions with imaan, we balance the inward and the outward. The spiritual with the physical.

In many narrations, the Prophet (peace be on him) says:

The best among the believers in their belief are those who have the best character. (Tirmidhi)

The Prophet (peace be on him) taught us to live by the principles of Islam, defend them and activate them. This is why the Islamic Civilisation was progressive, not oppressive. This is why the righteous caliphs were role models.

Their actions were based on the principles of Islam, which is why we should read the Qur’an not just for barakah but for guidance and practical action. Not just for reward, but to practically make our life better.

We need to teach ourselves the seerah, with deep understanding. The seerah is not just a catalogue of battles. They are only a fraction of the seerah. The years of revelation were spread over 23 years, whereas the battles combined would only approximate to a year of the Prophet’s (peace be on him) life. There is plenty to learn from the seerah apart from the battles – we can see the many beautiful facets of the Prophet (peace be on him) as a human being, husband, companion, community leader and so on.

The Concept of Shurah and Tolerance

The example of the Prophet (peace be on him) is that of consultation and collaboration. Not dictatorship. His reality was similar to our own, as he brought the revelation to the hearts and minds of a society with varying views and personalities.

When we read the sunnah it is evident there are plenty of differences among the companions. So how did the Prophet (peace be on him) accommodate the differences?

Today, if one person disagrees on any matter with someone else – not even on an aqeedah issue, the next day they refuse to pray behind each other. This is an extreme mentality. We need to learn how to accommodate our differences among ourselves, as long as they are within the permissible boundaries.

We can learn from him to accommodate differences.

Who says the Maliki or Hanafi or Shafi’ or Hanbali school is Islam? Unfortunately some people think their school is the entirety of Islam and everyone else is outside Islam. All schools are from Islam, but they themselves are not exclusively Islam.

We must not over complicate matters. We can live with our differences as long as they are inside the boundaries. Instead of animosity, let us have deeper understanding and bigger hearts.

Not Making Islam an Alien through our Practice

Our actions are the reflection of Islam. People cannot distinguish between Muslims and Islam. When Muslims behave badly, they give a bad impression of Islam, even though the bad actions are not coming from their deen, but simply from bad behaviour. If we do not behave with humanity, we risk making others hate Islam. The Prophet (peace be on him) said:

Do not make the worship of Allah disliked to worshippers (Bayhaqi)

We need to apply the example of the Prophet to our lives, and transmit the rahma we were sent through our actions, so we can regain our honour and become a rahma for others.

The Pillars of Islamic Civilisation