Intimacy During a Woman’s Time of the Month 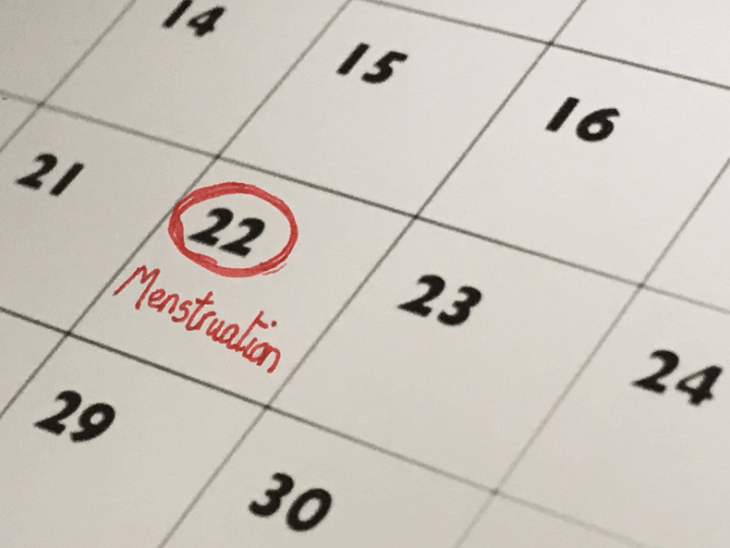 A Woman’s Cycle and Intimacy 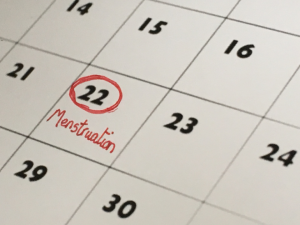 And they ask you about menstruation. Say it is a discomfort; therefore, keep aloof from the women during the menstruation and do not go near them until they have become clean; then when they have cleansed themselves, go in them as Allah has commanded you; surely Allah loves those who purify themselves. (2:222)

Your wives are a place of sowing of seed for you, so come to your place of cultivation however you wish and put forth [righteousness] for yourselves. And fear Allah and know that you will meet Him. And give good tidings to the believers. (2:223)

No Subject is Taboo

Islam has dealt with all topics with a certain etiquette (adab); there is no taboo subject. An example of this is the use of ‘fa’tu hunna’, literally meaning ‘come to her’, but in actual fact, the expression is referring to approaching the woman for intimate relations. We should therefore not shy away completely from discussing these matters.

On another occasion, one of the male companions asked Aisha (may Allah be pleased with her) about how the Prophet (peace be on him) performed his ghusl. Aisha (may Allah be pleased with her) did not hesitate to teach him how to perform the ghusl by washing herself behind a screen. As we can see, they were very open in these matters, but with etiquette. Abu Salama narrated:

Aisha’s brother and I went to Aisha and he asked her about the bath of the Prophet. She brought a pot containing about a sa` of water and took a bath and poured it over her head and at that time there was a screen between her and us. (Bukhari)

It was not so much of an issue then as it was a matter of halal and haram, the divinely lawful and the prohibited. In fact, Aisha (may Allah be pleased with her) would advise people not to be shy of asking her anything they would ask their own mother. It is imperative, therefore, that we do not shun these issues in our communities.

These verses of rulings (ayat ul ahkam) were revealed in answer to the questions the companions asked the Prophet (peace be on him) about menstruation. The people of Madinah were very attuned to the Jewish traditions due to the well-established Jewish communities that lived amongst them. They developed their habits and practices in line with them. Jewish men refrained from relations their wives while they were menstruating.

Her state during menstruation is called ‘niddah’ which means ‘to be separated’ and women did indeed have a separate room outside the house for this purpose. To become pure again, the woman would have a ritual immersion in a ‘mikveh’ or designated pool. Not observing these rules was a major transgression.

The companions witnessed this practice in Madinah and were aware that Jewish men abstained from their wives in a very particular manner– they could not eat with them or stay near them. They asked, therefore for clarification and learnt that the Quranic instruction was not akin to that for the People of the Book.

In Islam there is no harm in menstruation, though it is a discomfort. However unlike the Christian tradition, where there was no limitation on sexual relations during menstruation, we are warned that intimate relations during this time are harmful. The Qur’an tells us in discreet terminology to ‘keep away’. It suggests not coming near that place (i.e. the sexual organs). Scientifically, it has been shown to be unhealthy for both men and women to engage in intercourse in that period. This is one of the scientific miracles of the Qur’an.

Thus, when the companion Hizm ibn al Hikam (may Allah be pleased with him) asked the Prophet (peace be on him) what is allowed during menses, he advised that everything bar what is between the navel and the knees is allowed. He said, ‘Do everything but intercourse (jima’ah).’

When Aisha (may Allah be pleased with her) was on her period, the Prophet (peace be on him) would wear a waist-cloth (izaar) to cover that area.

If relations take place by accident, it is not from the kabair (major sins), but one should make istighfar. If it is due to human error, for example, she suddenly starts her period and sees red blood, etc., the kaffarah for this is equivalent to one dinar. If the same thing happens at the end of her period, the kaffarah is half a dinar.

The End of Menstruation

In the above verse, ‘yat-hurn’ refers to attaining purity (after menses) i.e. termination of bleeding, while ‘yattaharn’ implies until that the women wash or have a shower to ritually purify themselves. The Hanafi opinion understands it as ‘yathurn’ in the above verse, meaning the couple may engage in sexual intercourse after the end of the period and before taking a shower.

According to the Hanafi School’s classification of tuhur, purity, she becomes pure after she has not witnessed any traces of menstrual blood for the entire duration of one salah time. Conversely, in the Shafi’i and Maliki schools, the classification of purity after menstruation depends upon the act of ritual purification – the ghusl. Thus, there is no intercourse until the woman has taken a shower.

At the end of ayah 222, Allah Almighty mentions that He loves those who keep repenting and who keep purifying themselves. Therefore, when we purify ourselves, such as after wudu, we recite the Sunnah du’a, ‘Allahumma ja’lni min at tawwabeena wa ja’lani min al mutatahhireen.’ O Allah make us of those who repent and are of the clean.

We are beseeching Allah Almighty’s love through these acts of purification and repentance and through this supplication. We should, thus, seek out those opportunities for attaining His love.

How do you know when a period is over?

The Hanafis define menstrual bleeding as lasting between a minimum of 3 days and nights, with an absolute maximum of 10 days and nights, whilst the Shafi’is stipulate no absolute minimum duration – even an hour of bleeding would be considered valid, with an absolute upper limit of 15 completed days. Beyond the 10 days, any further spotting or bleeding is considered istihadha – irregular/ non menstrual bleeding. The woman should perform ghusl at the end of the 10 days and then perform wudu prior to every salah. There is no need to repeat the ghusl once the istihadha has settled as this blood is not classified as menstrual in fiqhi terms, and she should perform her salah and fasting. She is also able to engage in marital relations with her spouse even if she continues to bleed after 10 days.

Some women used to send the pads of cotton with traces of yellowish discharge to (for the verdict to know whether they had become clean from menses or not) and Aisha (may Allah be pleased with her) would say, ‘Do not hurry till you see al qassatal’ baydaa’ (white discharge from the womb; the cotton pad will be white) meaning the perfect disappearance of menses.’ (Bukhari) Some women will see a clear, white discharge marking the end of the menses, whilst others will notice the whiteness of the cotton pad. Every woman is different in this regard.

Aisha (may Allah be pleased with her) narrated,

‘May Allah Almighty have mercy on the women of the Ansar. They did not shy away from asking (all the details).’

Together with the physical purification of the body, the purification of the heart comes through knowledge and the company of the people of knowledge. There is no modesty (haya) where it prevents us from seeking correct guidance in our deen and obedience to Allah Almighty, even in the most intimate of human relationships.

Following the end of the menstrual bleeding, the actual place of menstruation i.e. the vagina, is now clean. It is sufficient to be clear of menstrual blood for one complete prayer time to validate purity and make sexual intercourse permissible. Thus, after the prohibition of approaching the woman during her hayd, she can now clearly be approached to resume sexual relations.

The Law of Ila