The Law of Ilā’ Explained 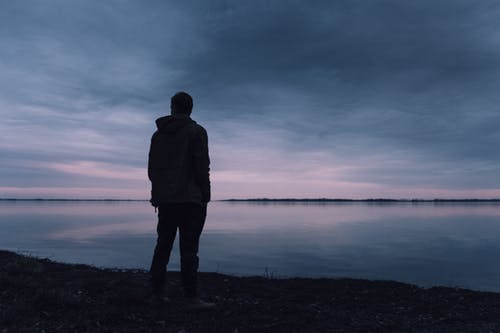 The Islamic Law of Ilā’

Those who swear that they will not go in to their wives should wait four months; so if they go back, then Allah is surely Forgiving, Merciful. (226)

And if they have resolved on a divorce, then Allah is surely Hearing, Knowing. (227) 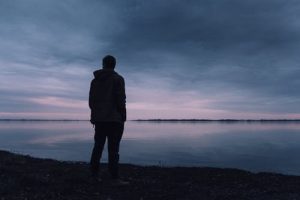 In the times of jahiliya it was a common practice for Arab men to keep women trapped in dead marriages by taking an oath not to sleep with them forever. Women were left in limbo – not given their conjugal rights but not freed from the relationship either.

Ayahs 226 and 227 are verses of rulings, which are used to derive fiqh (laws) related to this practice. These two verses are the main source of a chapter in fiqh called ‘al ila’.

The Qur’an limits this oppressive practice – allowing a husband the right to abstain from physical relations with his wife for a maximum of four months. This break is an alternative to immediate divorce, allowing the couple a chance to cool down, rectify mistakes and reconcile with each other. The marriage remains valid for this period.

During this time, if the husband changes his mind the couple may resume their relationship, he would be forgiven for breaking his oath. However, as with all broken oaths taken in Allah ’s name, he would have to pay the kaffarah. In the case where the husband may be in prison or abroad and is unable to be with his wife, then a verbal statement needs to be made to the effect of, ‘I regret my action and take back my oath.’ Since he has broken his oath, he would need to pay kaffarah. The oath is like an eggshell – its exterior is tough while it carries tender and greater matters inside.

The Right to Initiate Ila

Only the husband can initiate ‘ila’, as women are not permitted to withdraw sexual relations from their husband. If a couple separate by mutual agreement, without the husband taking an oath, it is not classified as ‘ila’ so the restriction of four months does not apply. The couple would be separated but not divorced.

The Two Choices at the End of Ila

After the four months are up there are two options, the marriage can continue with renewed sexual relations or the couple can get divorced.

The End of the Road

According to the Hanafi madhab, if the husband does not resume relations with his wife after this point, even if he does not declare a divorce, the couple are automatically and irrevocably divorced. As it would be harmful to his wife to remain married to him after four months she is free from the relationship. They cannot remarry after this, unless the wife has married someone else and subsequently that marriage has ended.

In other madhabs, if the husband does not resume relations but does not end the marriage either, it is the wife’s choice whether she wishes to remain married to him or not after the four month break. If she decides the marriage is over, she can approach a Shariah Court and the judge is empowered to grant her a divorce. If the husband wishes to divorce, he needs to make a verbal statement to the effect he is divorcing his wife and this would count as his first revocable divorce. He could still take his wife back after this, without a nikkah, and he would still be able have a second revocable divorce before he declares his third and final divorce. After the third divorce, he may not remarry her again until she has been married and divorced or widowed by someone else. Each divorce is followed by a waiting or iddah period.

7 Tips to make a marriage successful