Locking the Six Doors of Your Heart 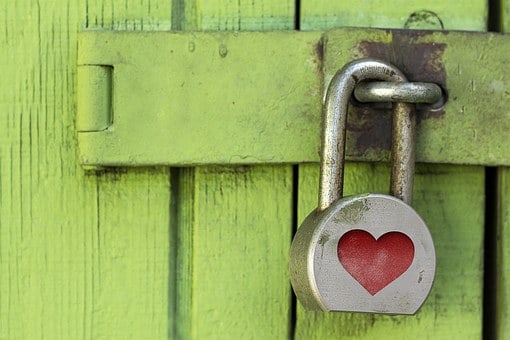 The Six Doors of the Heart 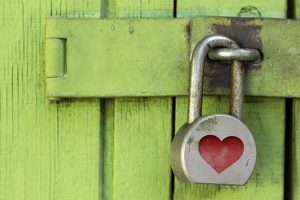 Imam Al Muhasibi wrote in his Risala al Mustarshidin (Treatise for the Seekers of Guidance) that the wise men (i.e. himself) said:

The heart is like a house with six doors.

If you let anyone enter through these doors without your knowledge then your valuables are at risk. Hence these six doors need to be fully protected.

What are the Six Doors of the Heart?

The entries to the heart are the tongue, sight, hearing, smell, hands and feet.

Imam al Muhasibi offers guidance on keeping these locked to protect the health of the heart and ensuring that your valuables are not stolen.

Guarding the tongue is no easy task. It is the quickest organ in the body. With its lightening reaction time, keeping the tongue in check requires training to reach the point where we are careful not to allow each passing thought to exit through our mouth and not allowing the truth to slip into deceit.

There are plenty of narrations from the Qur’an and Sunnah about the importance of telling the truth. We all know that the Prophet (peace be on him) was known as as-Sadiq al-Amin, the truthful and the trustworthy. He (peace be on him) said:

Whoever guarantees what is between his two lips and his two thighs, I guarantee Jannah for him. (Bukhari)

There are three instances in particular that we need to watch out for, and slowly train ourselves to be careful what we utter:

Protect your tongue by sidq (truthfulness) fi ridah wa ghadab, whether you are happy or angry. Telling the truth in anger can be challenging. Don’t allow your mood to manipulate the truth, or contaminate it.

Refraining from lying and controlling our tongue is important not just in public, but also in private. A private conservation does not mean you can break the red lights and say whatever you want. Speech directly affects your heart’s health and well-being.

Joking, known as laghu, though it can be untrue, is forgiven. Allah Almighty does not take you to account for a joke.

Mua’dh ibn Jabal surprised at the accountability of our speech, once asked the Prophet (peace be on him),

‘Are we going to held to account for what we say?’

The Prophet (peace be on him) replied:

‘Are people going to be flung headlong into the Hellfire save as the result of their tongues?’ (Tirmidhi, ibn Majah)

Do not indulge in excessive talk except when remembering Allah. Excessive talking without the Remembrance of Allah hardens the heart; and those who are the farthest from Allah are those whose hearts are hard. (Tirmidhi)

Whoever talks excessively will inevitably say things he should not have said, and make more mistakes. The more mistakes we make, the more the chance we have of doing harm. This would all have been avoided, if we had limited our talk to what is needed.

Mothers often warn their children not to say more than they were asked, because they have a tendency to spill the beans, babble on, and give away much more than they should have about what is happening at home. Like pressing a button, once asked, they do not where where to stop and their story keeps pouring out. Thus having a big mouth is problematic.

There is so much written about the tongue, Imam al Ghazali in his fourth chapter of Ihya Uloom al Din, (The Revival of the Religious Sciences) which has 5 chapters, is reflections on the effect of the tongue spanning more than 100 pages.

The second door to the heart is sight. When you open your sight you are opening a gate, so protecting the sight matters.

We have been advised not to seek what is veiled from us. Why try and penetrate it?

If people do not want you know their private affairs, then you should not pry. Paparazzi mentality exposes what is private and publicises it. No one has a right to invade people’s privacy regardless of what they are doing.

Keep your sight away from haram, as it affects the heart.

If you have a soft heart, when you see something bad, you feel it in your heart. Otherwise you become numb and that is dangerous as you are no longer sensitive to sin.

Research shows that the heart has a memory of its own. Studies on patients with heart transplants, have revealed that they could recall memories that had never witnessed.

An naduru (the sight) is the poisoned arrow of Iblis, when you look at something impermissible and it penetrates the heart directly. If you restrain your gaze in private, Allah Almighty replaces it with the sweetness of imaan.

In another hadith, the Prophet (peace be on him) said:

Don’t follow one sight with another one. You will be forgiven for the first, but not for the second. (Tirmidhi)

Therefore, you are permitted the first look, but that doesn’t mean you keep staring and just don’t blink.

Until you feel the pain in your heart from that look, you won’t understand the link between the pain and your sight.

Just one look can be the start of entire story, which unravels, leading down the wrong way. If you protect your sight you are protecting your heart.

The haram is out there. It’s all around us. That is the nature of the test, how we steer through it.

There is nothing to stop us, but ourselves, as Allah Almighty has give us the keys, but told us to keep the doors locked. Had he locked the doors for us, we would have no choice. However, by giving us the keys, He has given us freewill and reap the consequences of our choices accordingly. If the gates were cemented shut, we would not learn responsibility for our choices and actions.

Just like the tongue and sight, the third door should be locked to keep out whatever it is prohibited to say. We must not listen to anything that we should not say. Again, his affects your heart directly. Good words and bad words impact the heart. Just as our words reflect our heart like a mirror.

Those who enjoy hearing others being back-bited have not realised that it is not a joy to hear someone being criticised or ridiculed, or having their reputation tarnished. Just as they would not like to be the victim of that themselves.

If you can’t stop the crowd you are in backbiting, move away. The company can make you feel suffocated. When words are said they are not forgotten, and even 20 years on the sting from them can still feel fresh. When scholars find themselves in a situation where they do not like what is being said, they close their ears, because they are that protective of their heart.

Qasim bin Muhammed, the son of Abu Bakr Siddiq (may Allah be pleased with him) asked his father about music, and Abu Bakr said that he would pose a questions and his son would be able to answer it himself.

When Allah categorises everything under haq and batil (truth and falsehood), what category will music be in?

Songs stuff your heart. It is better to free the heart from music and replace it with dhikr and focus on Qur’an and what pleases Allah Almighty.  Some might say they have completed their salah and tasbih and recited the Qur’an and cannot occupy their time with it 24/7, but those who are connected to Allah Almighty, shouldn’t have music on their list. It is not a question of halal and haram, but prioritisation, in his book Adab an Nufus, Imam Muhasibi is saying you only live once so why waste your time with anything that you would regret. Choose what will be fruit on the Day of Judgement. You can’t bring back time.

As per hadith, women are not allowed to wear perfume in public. This does not of course mean that they should have a a bad smell in public either. Islam is against bad smell. We are meant to avoid smelling bad in the mosque or place where congregate, whether that is from garlic and onions or smoking etc. it is unpleasant for others.

Perfume is prohibited for women in public because it is temptation. Light perfume for sisters is permissible so they do not attract others, but equally feel fresh.

No one should bathe in perfume, and be preceded by their heavy fragrance and leave trails of it behind. And this applies to men as well, as women could be attracted by their perfume, so they should not go overboard with their perfume, even though they are recommended to wear it.

We need a strong belief and understanding of the concept as a whole, it is not just about smell, but about the whole package of how you come across to the other sex, from the choice of your attire.

Our hands and feet should not be extended towards anything forbidden. The Prophet (peace be on him) said:

A Muslim is the one from whose tongue and hands the Muslims are safe; and the believer (Mumin) is the one whom people can trust with their money and their souls. (Tirmidhi)

The tongue can be a weapon, and so can the hand, and thus the tongue and hands cause verbal or physical harm. Accordingly if you walk to the mosque every step towards the mosque is rewarded and sins are deleted with every step, or every rev of the wheel when you drive. Similarly, if you drive to friends house to help them or give them financial assitance, your journey is rewarded as well as your support. Hands and feet are rewarded. And on Day of Judgement, both will testify for or against you.

Lets be sure to control our faculties and please Allah Almighty.

Controlling the Tongue – the Mirror of the Heart

The Importance of Honouring your Word