Controlling the Tongue – the Mirror of your Heart 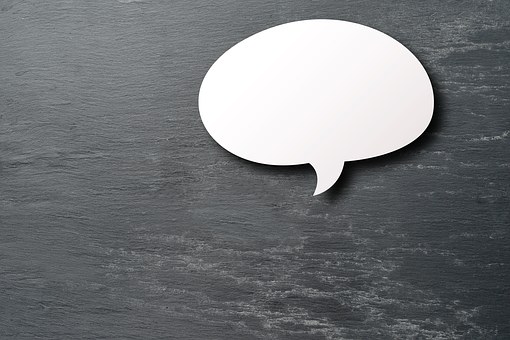 Whoever believes in Allah and the Last Day let him say something good or let him be silent. (Bukhari)

There are so many narrations which are about speaking good words and having good communication. What is the reason behind this command to ‘Say what is best?’

Firstly we have the choice to say something good or something bad. The third option is to be silent. In any given situation, you can say something positive or you can let yourself be controlled by your whims and desires, or anger, and say the worst things and then regret it.

Instead of blurting out the first thing that comes into your head, the Prophet (peace be on us) taught us the benefit of being silent.

If you have nothing good to say, be silent.

The Road to Hell

Mua’dh once asked the Prophet (peace be on him),

‘Are we going to held to account for what we say?’

The Prophet (peace be on him) replied:

‘Are people going to be flung headlong into the Hellfire save as the result of their tongues?’ (Tirmidhi, ibn Majah)

We are accountable for our words.

The Power of Words

Some people might say, ‘I didn’t do anything; I just said a word’. This word might make or break a situation. A word which you never considered significant could destroy someone’s career, life or dignity and reputation.

Do not underestimate the power of the words.

A words is the key to Jannah – the Kalimah ‘la ilaha ila Allah Muhammadur Rasul Allah’.

Allah Almighty described the contrast between good words and bad words beautifully in the Qur’an, when He said:

The example of the good word is like a good tree, whose roots are very strong in the ground and its branches reach up to the sky. It bears fruits but the opposite is true.

The example of the bad word is like a bad tree, which has been uprooted from the ground. It has no fruit but evil. (14:24-27)

Similarly our words can either be a good tree, producing fruit and shade or a bad tree, spreading evil in the community, which everyone wants to chop down. No one wants to hear it anymore.

We need to train ourselves to think before we speak. If your words are compatible with shariah, pleasing Allah Almighty, then bismillah, say them. If your words will be evil, harming others, then stay silent. Take the middle option.

The Prophet (peace be on him) is taught us use our tongues wisely. In the hadith, he said:

This is the difference between hypocrisy and imaan. Instead of saying something is wrong when it is obviously wrong, twisting the reality and saying it is good is hypocrisy. If it is bad, say it is bad. But under some circumstances, when you are unable to say it is munkar (evil), as we have seen many times these days, under duress, people are unable to say what is wrong, then at least do not say it is right. Do not promote it. Be silent.

The Prophet (peace be on him) connected this to imaan,

Whoever believes in Allah and the Last Day, let him say what is good or let him be silent. ( Bukhari).

The Art of Being Silent

Many of us fail to articulate this art. Many of us in our anger cannot stop ourselves from saying what we later regret. Take a deep breath before you say anything.

Some people justify themselves, thinking that what they said was the right thing to say. But you can achieve the same results with kindness, so why choose harshness.

Kindness never existed in something but it made it better. And it will never be taken out of something, without making it worse. (Muslim).

Choose prophetic character. Use kindness. Better than jumping down someone’s throat, and saying, ‘You have no deen, You are going to hell!’ You can take them to one side privately and say that what they did was in line with shariah, perhaps inadvertently, or they were not paying attention.

Do not attack them or make it personal. Commanding what is good and forbidding what is evil is what makes our ummah the best ummah.

Speak without harshness. This is why Allah Almighty gave us options. The first option is the top option to say what is best:

The second is to say what is good:

The third is silence.

And the fourth option is to say evil and you will be accountable and regret will be yours.

In order to have a harmonious society and good relationships with others, say what is best at all times.

Every word you utter has the colour of what is in your heart.

The Tongue is the Reflection of your Heart

If you have a sound heart your words will be full of goodness and kindness. If your heart is full of sins and grudges, then your words are bitter and sharper than a knife.

A person with a sharp tongue, can easily hurt you with a few words, which leave your heart scarred. You might remember those words two decades later. The Arabic poem is:

We have to learn how to forgive and forget. But sometimes the deep scars are painful. We would hate to be on the receiving end, so do not be the one who harms others.

Keep Your Tongue Busy in His Remembrance

In the clear, simple and comprehensive hadith, when a companion asked the Prophet (peace be on him) to teach him an act which is more beloved to Allah Almighty, he replied:

Keep your tongue busy with the remembrance of Allah. (ibn Hibban and Tirmidhi).

This is the key to controlling anger, having a sound heart and a pure tongue.

We ask Allah Almighty to make us among those who deliver what is best and change our reality with kindness.

We ask Allah Almighty to give us a sound heart, to make us of those who control our tongues and keep our tongues busy with His remembrance.

Why We Can’t Stay Silent

How to Avoid Being in a Fake News Chain

share
control your tonquesay what is besttongue moist with remembrance