When Dhulm Comes Back to Bite – The Importance of having Limits 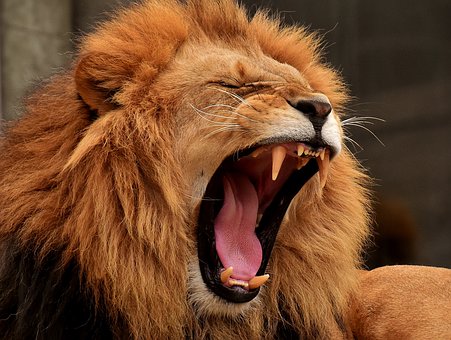 Oh my servants, I have made oppression forbidden on myself and made it forbidden amongst you so do not oppress one another. (Bukhari)

This is one of the fundamental rules and pillars in Islam – the prohibition of oppression (dhulm). There are different types of dhulm.

The highest is to associate with Allah Almighty:

Those who do believe and do not contaminate their belief with dhulm, they have guidance from Allah and they have security. (6:82)

When this ayah was revealed the companions of the Prophet (peace be on him) were upset, and they asked:

Oh Messenger of Allah who is amongst us that did not commit dhulm i.e. sins or transgression or something like this?

It is not what you have understood; have you heard Allah’s statement in the Qur’an (inashirka dhulman adheem) committing shirk is the worst dhulm?

When Allah Almighty referred to the sacred months in the Qur’an, He said:

This means that we are not to wrong ourselves by sinning or transgressing the limits which Allah Almighty put in place. Do not disobey Allah Almighty, as it harms ourselves.

We are told not to harm others, which could be the family, community or ummah.

Allah Almighty does not want us to be oppressed nor to oppress anyone.

Allah Almighty talks about the prohibition of riba (dealing in interest) in the Qur’an as it is a very important issue. There are many narrations in the Qur’an as well in the sunnah elaborating on this prohibition. Those who not just deal with riba but facilitate or witness riba, have been cursed by the Prophet (peace be on him):

Allah Almighty was warning believers to stop dealing in riba and He ended these verses by saying if you were to repent, then you can keep the capital of your money but not any element of the riba:

O you who believe! Be afraid of Allah and give up what remains (due to you) from riba (from now onwards) if you are (really) believers.

The main reason for the prohibition of riba, as with many other prohibitions is preventing us from harming others or harming ourselves.

Similarly, the prohibition of killing and theft are to protect us from harm.

This concept is straightforward when it applies to us, but less obvious when it applies to others. When the fire starts in your house you realise how hard it is to deal with it but when it happens to someone else, your concern is not the same.

Allah Almighty is teaching us that it is as our level of concern for others should be the same whether we have been harmed or whether someone else is harmed.

Dhulm is prohibited in all the Shariahs (Divine Laws) which Allah Almighty revealed, whether it is Musa’s shariah or Jesus’ shariah, or Muhammad’s shariah (peace be on them).

Committing injustice between families and nations if they go on unchecked are cumulative and ultimately cause explosion in that very community or area or very city. There is an Arabic proverb that if you corner a cat it will become a lion. Thus if you keep committing dhulm even against a cat, it will retaliate.

The consequences of dhulm are that when the oppressed fight back its repercussions affect everyone: those who are connected or disconnected, those who are near or away from it.

For those who ignore this, Allah Almighty stated:

And whoever transgresses the limits of Allah has certainly wronged himself.  (65:1)

Those who are committing injustice in the first place are harming others and at the same time they are harming themselves. They will be burned by their own actions, if it is not today or tomorrow, it is coming soon.

This is the equation which Allah Almighty clearly mentioned in the Qur’an. This is your choice whether you are prepared to break the rules and bear these consequences because you cannot escape them.

Go back and deliver justice, stop oppression, and stick to the limits.

Our problem in the West is that we have broken all the limits. We have discarded limits. Even to the extent that mocking God is common, in films and on TV etc. There is no respect for anything and this creates a mentality that it is alright to overstep boundaries.

We need to go back and revisit the limits that we should have amongst ourselves as communities, as families, as believers and citizens.

When we visit these verses in the Qur’an they are an important reminder and they answering the questions everyone keeps asking about the current situation of the world: Why is all this happening?

Simply because when we have widespread oppression it creates hatred, and hatred creates crime. Unfortunately this is what we see, hatred is escalating, crime is escalating, and we no one can control it anymore.

We need to revisit our situation are examine the standards we have, realise the limits we have broken and try to understand the root causes of this.

We do not treat meningitis with cream. We need to go to the root of the problem to solve it, and I believe that the root of our problems today is oppression and dhulm.

Terrorists blame the foreign policy for their acts. If the government wants to defend itself from terrorists, why does it not look at its foreign policy and ensure that it is just? Otherwise dhulm comes back to bite us. If we do not have the courage to face the root cause of our problems, they will keep coming back to bite us.

There are always people pushing their own agenda in the background, but we have a role to play and I believe we are not doing enough. So we ask Allah Almighty to give us the ability to understand how we resolve oppression or minimise or stop oppression as much as we can.

We ask Allah Almighty to give us the ability to stick to the limits and to establish the limits amongst us and to live by His word and be obedient servants. Ameen