Why should our shuyukh be more in touch with our community and culture? 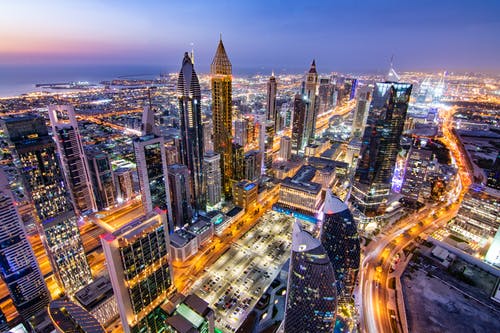 It is important for those teaching the deen to their community to be in touch with it. In fact, Allah Almighty talked about this openly in Surat Ibrahim when He said:

‘We have never sent a messenger but in the language of his people’. [14:4]

Language is for communication and it’s so crucial to understand the community you are teaching.

We see this again in the story of Musa (peace be upon him), he spent 10 years away from his community, when he left for Madyan and met Prophet Shuaib (peace be on him) and married his daughter. On his way back to Egypt, he received the message from Allah Almighty. The first thing he asked, when he made his memorable dua: Rabbish rahli sadri wa yassirli amri wah lul uqdatan min lisaani, yaf kahu kauliAllah was to appoint a helper for him to support him in the delivery of the message. And who was that helper? Harun, his brother.

My Lord, expand for me my breast [with assurance] and ease for me my task and untie the knot from my tongue that they may understand my speech. And appoint an assistant for me, from my family. Aaron, my brother. Strengthen me with him. (20:25-31)

Strengthen me with him

Commentators have a fascinating take on this. They noted that he asked Allah Almighty to send him a helper whom he could trust because he had been away from the community for 10 years. So was not in touch with what was going on, who was doing what, the latest trends and rumours and issues, and who was now leading the way. In order to be an effective leader, you need to know the inside situation of your community and who best to tell him the real story without any exaggeration, without any purpose and additions etc. It is important to understand this story in order to see that for the real delivery of the real message to the people, you need to understand the community where you operate.

Shuyukh need to have their finger on the pulse

Being out of touch causes more problems than it solves

I witnessed unfortunately in this country and I’m sure some of you do also remember this where there was a fashion or a trend that students went abroad to study Sharia and then came back and imposed the mentality of where they had studied to a community where those lessons did not fit. Much of the material they studied, apart from the classical sources, was not relevant.  They did not come back equipped with the tools that would help them deliver the message that suited people’s needs.

Consequently we witnessed factions and friction and trouble in universities, mosques, communities, and families. We witnessed the breakdown of marriages because of this. Then it was also very trendy to host foreign speakers. Every week, every month, there were lists of speakers, some of them masha’Allah great speakers, with great delivery, but some of them were nonsense, delivering the wrong fatwas, giving the wrong advice, sending people in the wrong direction and people followed. I was so sad to witness this. Alhamdullilah it’s not like that now, but we still have some traces. Insha’Allah our community will recover after some time, insha’Allah ta’ala.

The Prophet (peace be on him) did not live in an ivory tower nor was he confined to the mosque. In our terms today, he watched the news and did his homework. He was not just au fait with what was happening in his community but also kept abreast with what was going on further afield, and political scene, with the Romans and the Persians and. Afterall his message universal, and so he had to have a plan to reach as many nations as possible.

The best leaders are not hermits – cut off from the world

There was a teacher who had many followers whom I went to meet when he was in town, and he was so generous but I was put off by him when he said that he had not followed the news for the last ten years.

The Prophet (peace be on him) picked the best people to represent the message of Islam when he sent them as ambassadors. He carefully chose those who had the best looks and appearance, the language and eloquence and the skills for the job. He asked them to learn the language of the communities they were being sent to. The Prophet (peace be on him) would make dua for them to do this and they would learn the language in just a few months.

When we are giving dawah, turning up with a long beard, a short abaya and old trainers is not the right way. It is not the sunnah, as some people mistakenly believe. You are representing the message of Allah. The sunnah is having the right character, right education and understanding and being presentable.