Is it permissible to take out a student loan? 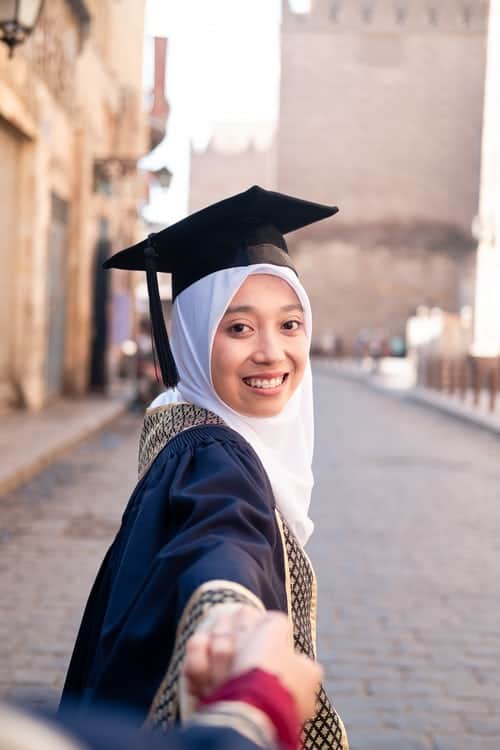 Taking out an interest-bearing loan is haram. Some might not consider this haram, but that is completely wrong, because it is interest and Allah Almighty stated in the Quran, in Surat al Baqarah:

Allah has made trading lawful and forbidden usury (2:275)

The prohibition of taking interest

It is very clear from the Quran and from the Prophet’s Farewell Sermon (peace be on him) and there is no doubt about the prohibition of interest. To access and deal with interest is haram.

The first choice is that if you have the means, you don’t need to take out the loan. Or if you are Scottish or German you get a free education.

If you can afford tuition fees can you take out a student loan?

Allah Almighty mentions in this ayah in Surat al Baqarah that you are permitted to consume the haram when there is a necessity:

He has made unlawful to you only carrion and blood and the flesh of swine and that over which there has been pronounced the name of anyone other than Allah’s. But he who is constrained (to eat of them) – and he neither covets them nor exceeds the indispensable limit incurs no sin: Allah is All-Forgiving, All-Compassionate. (2:173)

Education is a necessity

Here it states that accessing the haram without exceeding the limits is permissible when it is a case of darura (necessity). Scholars have Al-Qawaid al Fiqhiyyah (Legal Maxims) which is used to derive principles of law (fiqh). One of these maxims is ‘treat need like necessity’.

Is education a need or a luxury? It is a need. If it is a need and you cannot afford paying the student fees, you can take out the loan and pay it off later. My late, Professor Dr. Wahbah Al-Zuhayli may Allah have mercy on him wrote a huge book on Dharura and how to classify it. The summary is that you can access what is haram when it is a need.

The consequences of not getting educated

Let’s look at the situation if we cannot afford it and don’t take out the loan. Some students finished their A Levels, but did not go to university because they did not have the means and they did not want to take out a haram loan. The consequence of this is that many children, who are from families that cannot afford higher education, will lose the chance to get good jobs, and good positions in society. No matter how bright and talented they are, they will not be able to improve their career prospects, because they believe it is haram to get a loan.

An alternative to the standard student loan is the Islamic student loan which we worked on with the government some years ago. It was fine-tuned and ready to be rolled out, but many people and working groups including me were involved in developing it is lying in the drawers of the Bank of England, as there is no political will to put it in practice.

Other alternatives are to using financing as some communities do, like the Asian, Arab and Somali ones, such as ‘the committee’. People often use this method to pay for expensive projects. They all chip in every month and the money collected and circulated.

Investing a loan for profit

Taking riba is only permissible when it is a matter of necessity. Don’t get into riba to make a clever investment. You should avoid it.