What is the Quranic remedy for sadness? 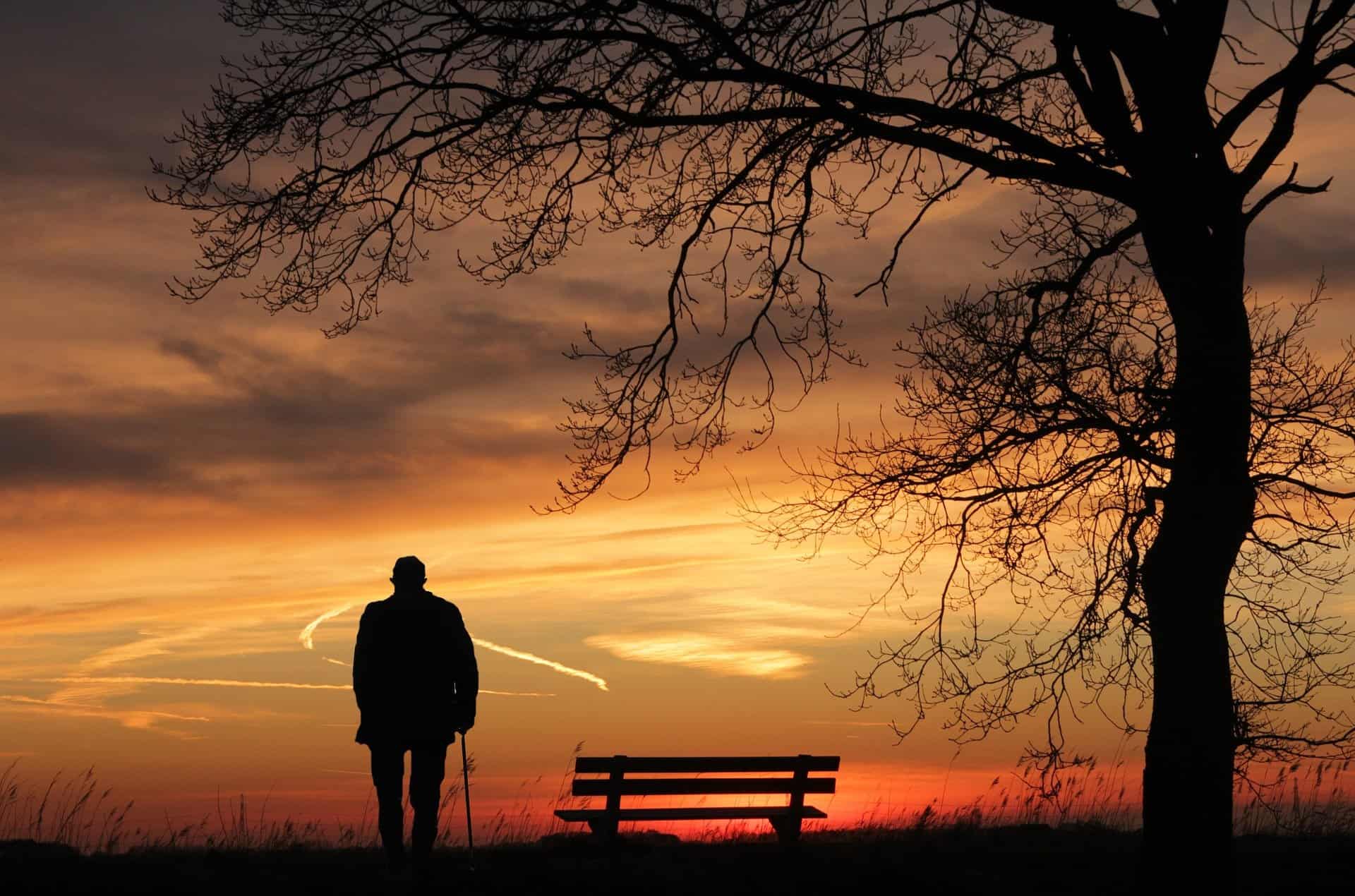 In this current climate, grief seems to be a swamp which we are collectively sinking into. There is so much sadness around us. Many of us have lost close relatives, loved ones, parents, children and colleagues. The pain is raw and deep.

There are of course, different degrees of sadness: severe, unshakeable sadness, which needs specialist help, and the waves of sadness we all inevitably experience at times.

What did the Quran say about sadness and how to fight sadness?

In Arabic the word for sadness is huzn which is the root of tahzan, and yahzanun. I went through the verses of the Quran to find where sadness is mentioned. I was so inspired by what I found, and I would like to share this with you. I will go through these verses and show you to fight sadness based on the clear guidance in the Quran.

The first verse about grief in the Quran relates to Adam and Eve. Allah Almighty gave them advice when they first arrived on earth on what to do, and provided them with direction:

We said, “Descend from it, all of you. Yet whenever guidance comes to you from Me, whoever follows My guidance—they have nothing to fear, nor will they grieve. (2:38)

We see this concept echoed in many verses: whoever follows the guidance of Allah is able to fight sadness. When you follow Allah’s guidance, it takes away the grief that visits us all (but not clinical depression, which should be treated appropriately as a mental illness).

In another verse, Allah Almighty mentions the golden formula:

Those who believed, and those who are Jewish, and the Christians, and the Sabeans—whoever believes in Allah and the Last Day, and acts righteously—will have their reward with their Lord. They have nothing to fear, nor will they grieve. (2:62)

This shows that action is part of the remedy. You need to translate your belief into action and when you do this it takes your mind off sadness. Amalus saliha means to do something useful and beneficial, it could be charitable work for instance. Take your mind off your own sadness by being engaged in good deeds.

Studies show that altruism is good for your emotional well-being and can measurably enhance your peace of mind. For example, one study found that dialysis patients, transplant patients, and family members who became support volunteers for other patients experienced increased personal growth and emotional well-being.[i]

In fact, whoever submits himself to Allah, and is a doer of good, will have his reward with his Lord—they have nothing to fear, nor shall they grieve. (2:112)

Submission! Take your mind away from asking, why did this happen? Why me? Why now? And instead submit to Allah’s will and trust Him. Whoever submits is not passive, he is active. He is a doer of good. Here we see the correlation between belief and action again, which recurs in 50 verses of the Quran, aladhina amanu was amilus salhiti – ‘those who believe and do good deeds’. These will not have fear or grief.

4. Spend for the sake of Allah

Those who spend their wealth in Allah’s way, then do not follow up their charity with reminders of generosity or with insults—they will have their reward with their Lord—they have nothing to fear, nor will they grieve. (2:262)

This ayah elaborates on which good deeds you can do, namely spend money to benefit others, such as supporting orphans, the oppressed, the poor and knowledge seekers.

Those who spend their wealth by night and by day, privately and publicly, will receive their reward from their Lord. They have nothing to fear, nor shall they grieve. (2:274)

When you are engaged in good projects it boosts your spirits, and positively affects your wellbeing. There are countless studies which show that helping others makes you feel better and brings you happiness. Therefore spending your wealth, time and energy on good projects makes you a better person as well as a happier person.

Your deeds have to be accompanied with the intention that you are pleasing Allah Almighty, who directed us to spread goodness, not because you are enhancing your mood.

Those who believe, and perform righteous deeds, and pray regularly, and give regular charity—they will have their reward with their Lord—they have nothing to fear, nor shall they grieve. (2:277)

It is not enough to be engaged in charity and helping humanity, if you are not fulfilling your religious duties – such as by not praying or paying your zakat. You need to fulfil your obligations towards Allah Almighty and then towards humanity. The combination helps you fight against sadness.

We do not send messengers except as deliverers of good news and Warners. Whoever believes and reforms—no fear shall come upon them, nor shall they grieve. (6:48)

Those who take an interest in the community, the world and environment they inhabit and actively work towards improving it are involved in reform, which is known as aslah. They are also protected from excessive fear and grief. If they experience it, it will not linger or last. Such people do not accept the status quo, but have deep motivation to improve situations and relationships around them.

O Children of Adam! When messengers come to you, from among you, relating to you My revelations—whoever practices piety and reforms—upon them shall be no fear, nor shall they grieve. (7:35)

Here we see again that it is not reform by itself but the partnering of reform with taqwa (obedience) to Allah Almighty which is the golden combination.

Depend on Allah. He is with you

If you do not support him, Allah has already supported him, when those who disbelieved expelled him, and he was the second of two in the cave. He said to his friend, “Do not be sad, Allah is with us.” Then Allah made His tranquility descend on him, and He supported him with forces you did not see, and He made the word of those who disbelieve the lowest, while Allah’s Word is the Highest. Allah is Mighty and Wise. (9:40)

When you have done everything in your power to please Allah and do what is right, leave the rest to Him. This is where the coolness descends on your broken heart. When Abu Bakr was hiding in the cave with the Prophet (peace be on him) pursued by assassins during their escape to Madinah, he felt terrified, and the Prophet (peace be on him) said to him ‘Don’t be sad’ (la tahzan) ‘Allah is with us’. They had done their best, dealt with the means and exhausted their efforts. They hired an expert to guide them, took a secret alternative route, hid their tracks, and took all the precautions. Beyond that, they could do no more. So in the solitude of the cave, with impending  danger to their lives, the Prophet (peace be on him) reminded his friend that they were not alone.

Allah would support them, deliver them from darkness to light, sadness to bliss. When you repeat this ayah, you feel the tranquility.

The Special people of Allah have nothing to fear

Unquestionably, Allah’s friends have nothing to fear, nor will they grieve. (10:62)

In Surat Younus, we are told that even the awliya of Allah can be sad, however they are protected from prolonged sadness. It does not dictate their lives or paralyse them permanently, even though they may taste it from time to time. We pray and hope to be among the awliya of Allah.

Those who say: “Our Lord is Allah,” and then go straight, the angels descend upon them: “Do not fear, nor grieve, and rejoice in the Garden which you were promised. (41:30)

Those who say ‘our Lord is Allah’ are the ones who have istiqama – in other words they act honourably. They are promised gardens of Paradise. They have the prospect of everlasting bliss to look forward to, no matter how hard they feel their current situation is.

We see this in Surat Maryam: Allah reassures those who follow His directions that they will be fine.

Whereupon he called her from beneath her: “Do not be sad; your Lord has placed a stream beneath you. (19:24)

The recipe to escape sadness

Quranic guidance is to:

When you have done all this, be assured that Allah Almighty is with YOU.

And Allah will save those who maintained righteousness to their place of salvation. No harm will touch them, nor will they grieve. (39:61)

We belong to Allah Almighty and we believe He is our Lord and He will look after us.