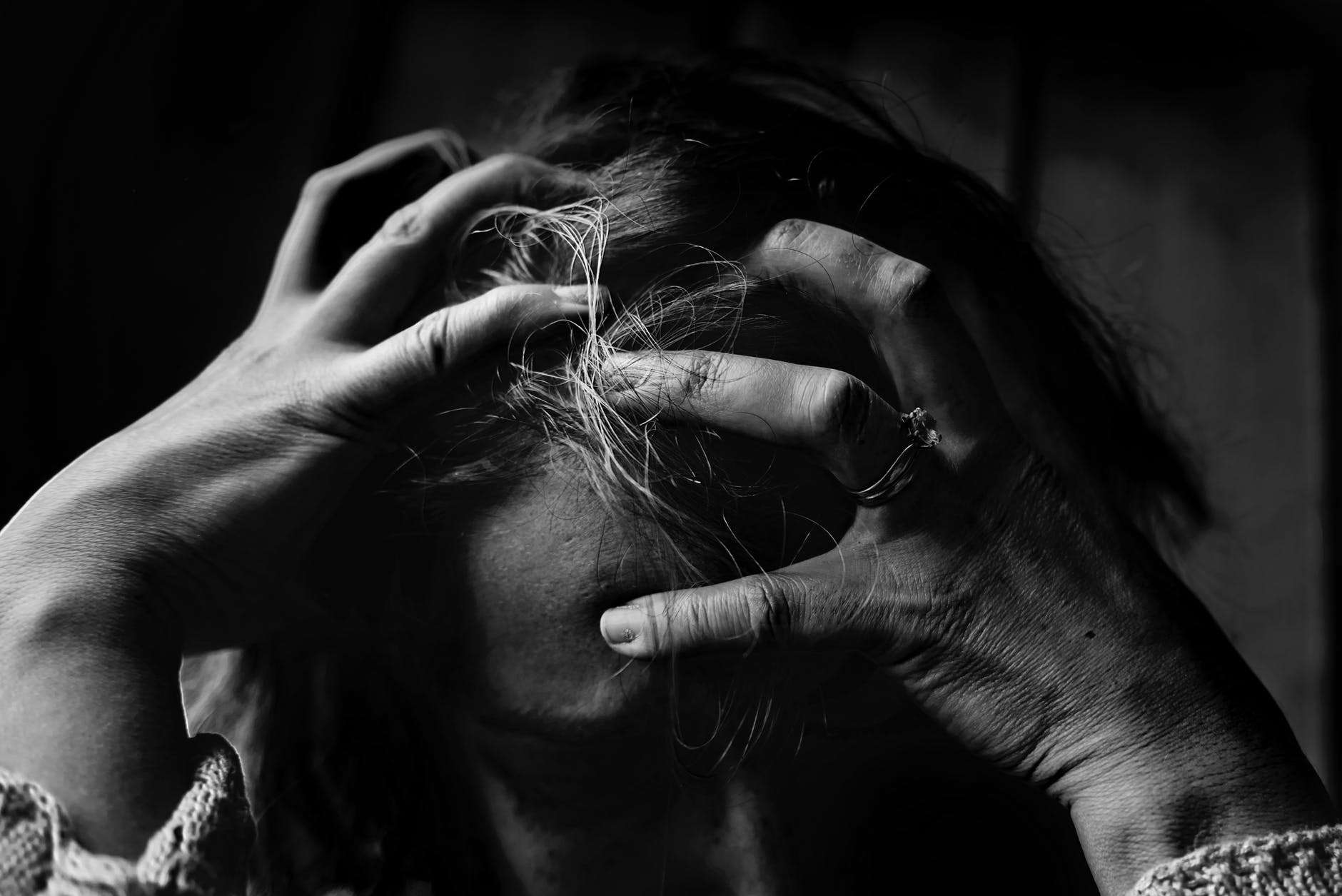 Suicide is prohibited in the Quran

And do not kill the self that Allah has prohibited, except with the truth (i.e., by right, in the course of justice). [6:151]

Allah Almighty sanctified our soul, so we are forbidden to kill it. The only time He sanctioned killing it is in the pursuit of justice.

In another ayah, Allah Almighty said:

And do not kill yourselves for Allah is most merciful towards you, And whoever does that out of hostility and wrongdoing, We will cast him into a fire and that is easy for Allah Almighty. [4:29-30]

It is very clear from these verses that Allah Almighty is saying that you are forbidden to kill yourself or anyone else.

Suicide is prohibited in the sunnah

The sunnah confirms this prohibition in many narrations.

Abu Hurairah narrated that the Prophet (peace be upon him) said:

There is a similar narration with some different wordings in Sahih Muslim as well.

Suicide by any means is haram  ‏

Abu Hurairah,who came to Islam in the 7th year of Hijri, which was the year the Battle of Khaybar took place, perhaps even a couple of months after he just accepted Islam, said:

We witnessed the Battle of Khaybar (in Muslim it says Battle of Hunayn). Allah’s Messenger (peace be upon him) said about one of those who was with him and who claimed to be a Muslim. “This (man) is from the dwellers of the Hell-Fire.” When the battle started, that fellow fought so violently and bravely that he received plenty of wounds. Some of the people were about to doubt (the Prophet’s statement), but the man, feeling the pain of his wounds, put his hand into his quiver and took out of it, some arrows with which he slaughtered himself (i.e. committed suicide). Then some men amongst the Muslims came hurriedly and said, “O Allah’s Apostle! Allah has made your statement true so-and-so has committed suicide. “The Prophet (peace be upon him) said, “O so-and-so! Get up and make an announcement that none but a believer will enter Paradise and that Allah may support the religion with an unchaste (evil) wicked man. (Bukhari and Muslim)

Due to the sanctity of life, as well as the main principles of shariah, it is haram to kill yourself or anyone else.

In another narration, on the authority of Jundub ibn Abdullah (may Allah be pleased with him) narrated that the Messenger of Allah (peace be upon him) said:

There was amongst those before you a man who had a wound. He was in [such] anguish that he took a knife and made with it a cut in his hand, and the blood did not cease to flow till he died. Allah Almighty said: ‘My slave hurried to bring death upon himself so I have forbidden him (to enter) paradise.’ (Bukhari)

Here Allah Almighty says, ‘My servant hurried to bring death on himself’ and so he has been forbidden entry to jannah.

Suicide is a major sin

Scholars have commented that killing yourself is one of the worst crimes, because after committing shirk, the second worse crime is killing: akbar al kaba’ir al shirku billah (the greatest sin is shirk), followed by al katl (killing).

Allah Almighty says in the Quran very clearly that He forgives all sins, if you repent, and return to Him, and ask Him for forgiveness:

Allah will never forgive shirk (to take partners with him) and He forgives other than that for Him for who He wills [4:48]

The only crime, which Allah Almighty never forgives is dying in state of shirk (believing that Allah Almighty has partners), worshipping idols or other deities. This is never be forgiven. Apart from this, Allah Almighty will forgive anything for whom He wills.

The one who resides in hellfire forever is the disbeliever; the one who believes that Allah Almighty has partners or worships idols, or other deities.

This leads to the big question, if someone is not a person of shirk, or a mushrik, (disbeliever) but a believer, and he commits a mistake, even the biggest mistake – to kill himself or someone else, will he reside in jahannam forever?

We have some discussion on this point among the scholars. The majority opinion is that it does not make him reside in jahannam forever, though he will be punished for it.

However, if he pronounced that to kill himself is not haram, this is an act of kufr(disbelief), as it is changing Allah’s command from haram to halal. The punishment for kufr is eternal damnation. This is because no one has the right to change Allah’s commands, except Allah Almighty. Even prophets and messengers were not allowed to do this without Allah’s permission.

If someone claims that killing one’s self is halal, then he has changed Allah Almighty’s commands and made haram into halal, so he will reside in hell forever.

The one who believes it is haram, but out of his pain and agony, takes his life, commits a big sin, but it is not the sin of kufr and accordingly he’s not a kafir.

I know many people will be surprise with this. This is not an encouragement definitely for somebody to go and kill himself, definitely not, but we have to clarify that this is not an act of kufr, this is an act of big sin and it is very forbidden and haram.

Going deeper into the hadith, is euthanasia or mercy killing as it is also known, permitted? No. It’s haram. From a Shariah point of view it’s haram and from a legal point of view, in this country it is also illegal.

It is legal in some countries, however it is still haram and illegal in the U.K.

Killing is completely haram. The basic point is that Allah Almighty sets the boundaries. This is to deter people from considering the taking of life as something light. It is not. And it would lead to chaos in society. Therefore, one of the boundaries, which must be strictly protected, is killing wa la taqtulou anfusakum, inna-Llaha kana bikum Raheema:

And do not kill yourselves, Allah is most merciful towards you, And whoever does that out of hostility and wrongdoing, We will cast him into a fire and that is easy for Allah Almighty [4:29-30]

There is a high rate of suicide all over the globe. People in their acute suffering are opting to end their lives. Recently, we have seen people ending their lives due to abuse by the media and social media. This is tragic. Regardless of the reason, and the form in which the suicide is committed, it is still haram.

Is suicide choice or destiny?

Scholars have commented here how a person can cut short their lifespan by killing himself. They said that there are two life spans – a restricted one and an absolute lifespan.

Allah Almighty definitely knew that he would choose to kill himself. No one forced him. Destiny cannot force anyone to do anything. Destiny is the outcome of our choices. Allah Almighty has recorded this.

Suicidal thoughts come from desperation and despair and extreme depression.

Mental health issues are often the underlying cause of suicide. Anyone, regardless of age, ethnicity and gender can be affected by mental health issues. We should not stigmatise this, but reach out to others who are suffering from this to get the appropriate treatment, and if we are suffering then we need to seek help. Suicide is the single largest killer of men under 45 in the UK. With the right help, these deaths can be prevented.

If we know any depressed person around and if they are not seeking any help, it’s our moral and social responsibility to inform his immediate family members or to someone who can help. Do not leave the person alone for a long time. Keep an eye on them.

We can also identify such persons through their non-verbal cues. For instance, if they are down, withdrawn and making their will, giving away their personal possession, buying weapons, or drugs or any other harmful substances ask their immediate family members to consult a psychiatrist or mental health practitioner. There are solutions to every problem beneath the surface, we just have to do our best.

What should someone who is feeling suicidal do? I know sometimes people say it’s enough to recite Quran and say ‘Audhu billahi mina shaytanir rajeem’, this is helpful but it does not work in all scenarios.

Get through the day

Don’t think about the future, just focus on getting through your day.

Stay away from drugs and alcohol.

Don’t disconnect from the world. Don’t switch off your mobile. Don’t lock yourself in your house and speak to no one.

Stay with a friend, be surrounded by people. The more you feel alone the more you will be consumed by these thoughts, and the more shaytan will play you. We can all suffer very tragic and depressing experiences at different times. If you keep dwelling on your sadness shaytan preys on you.

Do something you enjoy

Whether it is going for a walk in the park, going to the gym or being with a pet, do something that makes you feel good, and lift your spirits and your mood.

Listen to the Quran, pray regularly, and do as much dhikr of Allah Almighty as possible.

No matter how difficult it seems, this life is a gift. If you find it unbearable, seek His help. The One who gave you the gift of existence. And get help from those who are experienced and trustworthy to overcome your situation and test safely, with Allah’s will.

However, you cannot shorten your life and blame destiny for your choice.

The bottom line is that it is forbidden. It is haram to kill yourself or to kill someone. Allah Almighty wants us to survive and live for Him, that is why He stated wa la taqtulou anfusakum:

This is why the verses and the hadith are unanimous that suicide is haram. It costs your akhirah and is punished by hellfire.

Money, money, money – wanting it, pinching it, spending it and repaying it

Ghazali on the 6 levels of truthfulness