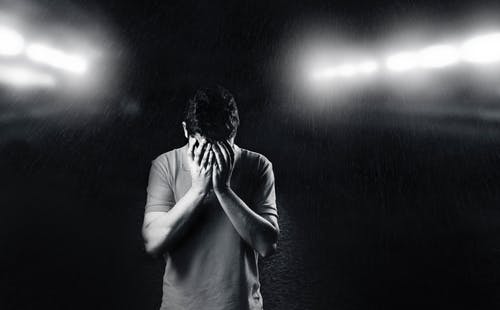 By the soul and the One who perfected it

And inspired it [with instincts] of good and evil

Successful is the one who purifies it,

There is a hadith which Usamah ibn Sharik narrated:

I came to the Prophet (ﷺ) and his Companions were sitting as if they had birds on their heads. I saluted and sat down. The desert Arabs then came from here and there. They asked: ‘Messenger of Allah, should we make use of medical treatment?’

He replied: ‘Make use of medical treatment, for Allah has not made a disease without appointing a remedy for it, with the exception of one disease, namely old age.’ (Sunan Abi Dawood)

There are plenty of narrations in the sunnah of the Prophet (peace be on him) addressing the issue of seeking medical treatment, especially the physical which is obvious as well as mental which is not obvious. We tend to go to the dentist when we have pain, and we go to the GP when we have problems. But when it comes to hidden problems like mental illness, there is a stigma in the community. There is a taboo and we don’t seek treatment or help for it. Quite often you receive the advice, ‘Ya Akhi read the Quran and do your salah and you will be OK.’ Unfortunately, No. Not all mental issues are treated by reading the Quran and doing salah. No.

We still have a taboo because people relate mental illness to madness. Not all mental issues can be equated with madness. There plenty of mental illnesses that are not madness. Anxiety, fear and depression can happen whether we like it or not. They have nothing to do with madness.

We need to talk about and we need to deal with it. We must not brush it under the carpet and say we are ok. This is why the Prophet (peace be on him) said ‘seek treatment’, which means go and seek specialist help. Seek the help and support of those who have knowledge in that area.

If someone, which is quite common, repeats his wudu ten times or his salah ten times, can’t shake hands with anyone and is disturbed of being contaminate, he is displaying symptoms of OCD.

According to the mental health foundation nearly two-thirds of people (65%) say that they have experienced a mental health problem. This rises to 7 in every 10 women, young adults aged 18-34 and people living alone.

Seeking treatment is more than a recommendation – it is a command

In the hadith, the word tadawaw (seek treatment) is an obligation. Are we sinful if we do not seek treatment? Yes, we are. Our Prophet peace be upon him told us to go and seek treatment. Why? Because the shariah is very particular about caring for our health and well being– mental and physical. To function fully as a human being we need to address these issues and be certain that doing so is in line with our shariah.

There are many causes of mental illness. It may be genetic, but this is not always the case. It may stem from discord and problems within the home; arguments and conflicts create disorder, it may be a high level of fear or bullying, abuse and trauma and neglect. It may be bereavement, isolation or from a physical condition.

It is not haram to have a mental health issue.

Not all of us have an issue, but no one can say they are immune to mental health issues.

Stress and pressure at work, as has been covered by so many news reports, can create issues. Big firms, I can tell you as I work with them, have counsellors to deal with such issues. They also have spiritual counsellors and chaplains.

Some illnesses can be treated easily and others will take a long time. Without doubt, imaan and salah and Quran will help a lot in controlling and curing such issues. However, it is not the Quran alone which can cure all these issues. Of course, the Fatihah is a source of cure, and one of its names is shifa (cure).

Also, verses 120-180 of surah Al Imran, which is close to a third of the surah, deal with how to pick yourself up after experiencing acute demoralisation. It discusses how to recover from psychological defeat as the troops experienced following their loss at the Battle of Uhud. It teaches us how to come back to reality and be a strong person.

I have come across many people in the community who are suffering from psychological issues, caused by pressure and historical problems in their life, who refuse to get specialist treatment because they are worried about this being mentioned in their medical records. However it is better that it is on your record than losing your akhirah, because you are not functioning as a full person or a full Muslims. If your salah, your relationship with your parents, your work are all ruined because of this illness then you are ruining your akhirah.

In many cases, I have seen, after some medication, observation, and support people who sought help have got back on their feet and are functioning 100% alhamdulillah. Without support they were going off the track. Their parents were so anxious that they had lost their son or daughter. If you brush the problem under the carpet and pretend that mental health issues are not an issue then you cannot resolve it.

Our community tends to portray mental issues as sihr (black magic) or nadhar and hasad (evil eye), but they ignore the third possibility – a mental health problem. Parents come to me saying their daughter is suffering because of black magic. I have recited Quran and checked, and it is not black magic. The girl needs specialist help. Her parents are afraid to seek help because of what the community will say. But alhadmulilah after a few months their daughter is treated and able to carry on with her life.

The Prophet (peace be on him) told the ummah to seek a cure, so stop deceiving yourself that you are fine and ok, if you are not.

In the hadith the Prophet (peace be on him) said the strong believer (al Muslim al qawi) is more beloved to Allah than the weak believer. This strength is not just physical. It is mental. So the strong believer in faith (imaan), body and mental health.

A strong believer is better and is more lovable to Allah than a weak believer, and there is good in everyone, (but) cherish that which gives you benefit (in the Hereafter) and seek help from Allah and do not lose heart, and if anything (in the form of trouble) comes to you, don’t say: If I had not done that, it would not have happened so and so, but say: Allah did that what He had ordained to do and your” if” opens the (gate) for the Satan. (Muslim)

We ask Allah Almighty to hep us to be healthy mentally, physically and spiritually. Ameen

How to use Surah Fatihah as a Cure