Islam has Zero Tolerance for Corruption 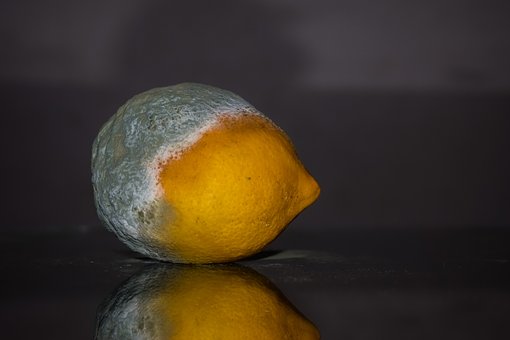 And do not corrupt on earth after its reformation, and pray to Him with fear and hope. God’s mercy is close to the doers of good. (7:56)

In another verse, Allah Almighty says :

If you search for the word fasad, which means corruption, it appears in about 30 ayahs, as corruption, as well as about those who corrupt and the consequences of corruption.

Allah Almighty is asking believers and all humans not to spread corruption or be involved in any form of corruption.

Corruption can be present in any field – political, financial, religious or social. It can occur in any corner and can spread like wildfire. Because of its prevalence, Allah Almighty wanted to give us a mechanism to extinguish the fire and to stop it spreading. So from Surah Baqarah til Juz Amma, Allah Almighty reminds us repeatedly to stop corruption.

In Surah Baqarah, the corrupt claim that they are reformers. It could be that they cannot see corruption or that they were not aware of it. Or it could be that they are liars which is common in political systems and among celebrities and those in the public arena where people play different roles – during election time you find them in the mosques or churches, at other times you find them in the pub or spreading corruption in different ways. When questioned they deny it.

This is a very strange response. Either they are blind or lying. Is it possible that they are blind? Yes. It is possible they cannot see reality because Allah Almighty said that the heart becomes locked due to the sins which were committed.

Their hearts have become corroded by what they used to earn. (83:14)

The locked heart can no longer see the truth, and only sees what it likes. As in the hadith:

The heart full of sins is unable to distinguish between what is right and wrong. The only thing he can see is what he likes. (Muslim)

The consequences of allowing corruption

This is why we have a mechanism in place to command what is good and forbid what it evil, otherwise towards the end of time Allah Almighty puts evil people in charge and He does not accept the call of the righteous people because their dua is passive.

Hudhaifah bin Al-Yaman narrated that the Prophet (peace be on him) said:

By the One in Whose Hand is my soul! Either you command good and forbid evil, or Allah will soon send upon you a punishment from Him, then you will call upon Him, but He will not respond to you. (Tirmidhi)

They did not active their imaan through action. Their dua was unaccompanied by action whereas Allah Almighty told us He does not love people of corruption He loves people of reformation.

The reward for those who speak out against corruption

It is narrated on the authority of Abu Huraira that the Messenger of Allah (peace be on him) said:

Islam initiated as something strange, and it would revert to its (old position) of being strange. so good tidings for the strangers. (Muslim)

Imam al Ajurri (died 330H) narrated that the Prophet (peace be upon him) defined the strangers as:

Those who reform towards the end of time is those who are reforming what others corrupted. For them Allah Almighty promised toobah.

Pharaoh said, ‘Give me permission to kill Moses, and let him appeal to his Lord. I fear he may change your religion, or spread disorder in the land.’ (40:26)

How ironic. How compassionate! He is hiding behind a façade of reformation and accusing others of corruption when he is the essence of corruption himself.

We need to fight corruption and call it as it is. We need to point it out. And say it is unacceptable in any shape or form and in any community. The consequences of accepting corruption is that they will have the curse of Allah.

The dua to fight corruption

We will destroy them because they are spreading corruption. (25:36)

We need to remind ourselves that wherever we do not fight it, we become desensitised. We become familiar with sin, and then we accept it and then it becomes part of us. We need to be vigilant and stringent because we are accountable if we do nothing.

Piety can never be passive

Therefore if we see something which involves corruption we cannot support it and we cannot turn a blind eye.

If the pious people were passive they did nothing but dua. Imam Ghazali said:

The one who is making dua without action is as if he is mocking Allah.

No. We have to combine our dua with action. We have to be active against corruption, not passive against corruption. We need to train ourselves, our children and our community how to fight corrupt through legitimate means, otherwise when the fire comes it does not distinguish between the good and bad but takes everyone with it. Those who only made dua will perish in it.

We are all answerable for our action or inaction

We need to be in the forefront of action. Putting our interests above Allah’s is corruption. Clapping for those in power who are clearly corrupt is unacceptable. Even if they are employed by them. These are not the people Allah loves. We live only once. When we meet Allah Almighty, He will ask us why didn’t we do anything about it. We can’t say ‘I was just a single person’, we have to say, ‘We did our best though we were powerless’.

Corruption is rife, so we ask Allah Almighty to make us among the reformers (muslihoon) not among the corrupt (mufsidoon). We ask Allah to give us the power to effect change. Ameen

Khutbah delivered by Shaykh Haytham Tamim on 26th October 2019 at the Muslim World League. Transcribed by A Khan.

Don’t side with oppressive leaders

Tyrants vs The Truth

When scholars and leaders fail

Be wary of those who distort the truth

The rise and fall of nations