The Rise and Fall of Nations 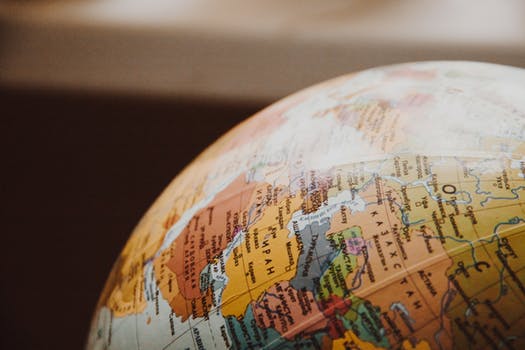 What Causes the Fall of Nations?

What are the four main causes for any nation to collapse? What do we need to do to protect ourselves and our children from the factors that lead to decline?

If a wound should touch you – there has already touched the [opposing] people a wound similar to it. And these days [of varying conditions] We alternate among the people so that Allah may make evident those who believe and [may] take to Himself from among you martyrs – and Allah does not like the wrongdoers. (3:140)

The Highs and Lows of Life

In every sphere of our life, we all experience highs and lows – in health, socially, and financially.

As Allah Almighty says in the Qur’an ‘and such days we alternate between people’  – these inevitable fluctuations are part of our experience. Whoever understands this can achieve success in this dunya, and in the akhirah.

The Rise and Fall of Nations

Politically we also have alternations. The continual rise and fall of civilisations, nations and leaders is what creates history.

Looking back at history, and seeing this echoed by the verses and surahs of the Qur’an, the reasons behind these falls of civilisations are rooted in common failures which develop.

The historian and the father of sociology, Ibn Khaldun[i],

stated in Al Muqqadimah, An Introduction to History, which has been called the mother of sociology, that nations and leaders, like people, have limited lifespans, and he quoted the ayah from the Qur’an:

And every nation has its appointed term; when their term is reached, neither can they delay it nor can they advance it an hour (or a moment). (7:34)

Ibn Khaldun mentions that the lifespan of the nation usually lasts 120 years[ii], though no one knows except Allah Almighty – it could be 20 years, it could be for 200 years.  However they have common endemic sources for their degeneration and decline.

The major reasons underlying the fall of any nation, or any civilisation, is corruption. Whenever corruption sneaks into a country, a city, a system, even to your PC, this virus kills the system. It’s just matter of time.

Similarly, when we have corrupt leaders, and corrupt societies, this is the recipe for disaster, and for failure.

Not far behind, it is arrogance which in the compounds the decline. Even the companions of the Prophet (peace be upon him), when they felt undefeatable because of their numbers before the Battle of Hunayn were reminded by Allah Almighty that victory does not come from them or their numbers, but from Him:

Allah has already given you victory in many regions and [even] on the day of Hunayn, when your great number pleased you, but it did not avail you at all, and the earth was confining for you with its vastness; then you turned back, fleeing. (9:25)

When you believe that you are powerful and control outcomes, the scene is set for failure. As we saw with the breakdown of the financial system in 2008 when the immense structures and banking systems riddled with corruption, had made their own selves vulnerable and collapsed. The system had to be taken to the ICU to be revived.

When world leaders and nations begin to oppress one another, and supporting oppressors, this the third cause of failure. After this, it is a matter of time, whether it is a decade, or a century, it will never last, as stated in the Qur’an and in hadith. Allah Almighty will not leave corruption unchecked,

This does not mean that justice will bring itself to the surface, but requires those who can carry justice and defend those are oppressed to act. This is where our role, as individuals, comes.

The fourth reason of the disintegration of any civilisation or nation is a bad education system. If we lack a sound education, cannot  distinguish between what is right and what is wrong, taste the sweetness of evil-doing and support oppression, then we are going the wrong direction.

We’ve seen in our own eyes what happens to nations that have been brought up immersed in corruption, and believe whatever their leader says is gospel. Their leader may be evil, but he appears infallible to them and his poisoned words are sweet to his people. This is a recipe for failure. So we need to have the education system rectified. Not only the Islamic education system- the whole system at large, to equip people to recognise what is right and what is wrong, and to command what is good and forbid what is evil. As Allah Almighty says in the Qur’an:

You are the best nation produced [as an example] for mankind. You enjoin what is right and forbid what is wrong and believe in Allah . (3:110)

Do not misunderstand this ayah – we are not the best nation because of our DNA! Of course not, it is only because we command what is good and forbid what is bad.

In order to give every single individual the ability to spread good, and curtail the bad, it is our responsibility to create a good system of education in our schools, colleges, universities, communities, mosques, streets, businesses, in parliament and so on. So, it is across the board, it’s not only inside your house that you have to establish a system that is immune to corruption.

Allah Almighty taught us these rules for success: avoid corruption, avoid arrogance, avoid oppression, get the right education and you are on the right track. It is not about belief or disbelief but understanding the factors that determine the rise and the fall of any nation or civilisation.

Our role as parents, and as activists, is to enable our children to see what is right and to forbid what is wrong; to promote a good education, to promote justice, to promote humility not arrogance, and to avoid any sort of corruption.

By creating this ability we have the hope of change. We do should do our best to defend ourselves, our dignity, our communities, our families and always have full trust in Allah Almighty. He will never fail us and He will never let us down.

We cannot afford to make the next generation pay for the failure of our generation. Though we have already faced plenty of failures, we still have the time to rectify them, and rejuvenate ourselves and our system and our communities. We ask Allah Almighty to make us amongst those who command good and to forbid evil.

[i] Born in Tunisia, 732AH – 808AH (1332- 1406). His very famous book, Kitab Al Ibar comprises 7 volumes. The first volume is the Introduction, known as Al Muqaddimah, but is actually a self-contained work meticulously detailing the philosophy of history.