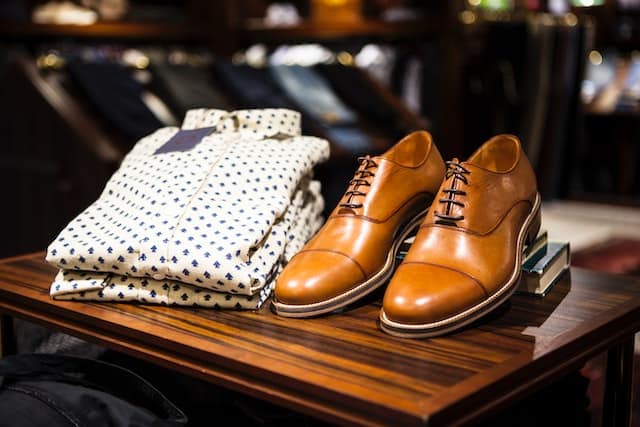 Ibn Umar (may Allah be pleased with him) narrated that the Prophet (peace be upon him) said:

‘Whoever exalts himself and walks proudly, Allah will be angry with him when he meets him (i.e. on the Day of Resurrection)’. [Imam Hakim]

This narration is on the topic of arrogance (kibr).

The hadith depicts a man/woman in the community whose walk exudes arrogance. Like an oil spillage in the environment, arrogance is toxic for any community, gathering or meeting.

When you put these lenses on and read the hadith, you can see how disgusting arrogance is. That is why the Prophet (peace be upon him) on different occasions and events in different narrations warned us against arrogance. On the top of this of course the Quran is filled with verses which give us a clear picture of the terrible outcome of those who show arrogance.

Ibn Hajar took this hadith and put it in his section on bad character traits in his collection of hadith, Bulugh al Maram, which we should avoid and rid ourselves of.

Don’t let arrogance be more than a fleeting guest

The Prophet (peace be upon him) is saying ‘whomsoever’ thinks he is so great, above others and should be respected, should not be intoxicated by these feelings of superiority.

We are all struck by moments of arrogance at different times, but we have to let them pass by and not allow them to take up residence in our hearts, and become permanent guests. We have to fight these feelings of superiority.

Arrogance can be deliberate or unintended. One’s gesture may appear arrogant, but in fact they may have not thought it was in their heart. If someone does this who is a close friend or relative you can ask them if they meant it to come across in that way. By default we assume that it was not their intention as we have to assume the best of others. Therefore we can gently inform tem that they probably didn’t mean it but it seemed arrogant and they can be more careful not to do this next time. Remind them out of your love to spread goodness and wish goodness for others.

The Prophet (peace be upon him) addressed both passive and active states of arrogance in this hadith. Passive arrogance is known as kibr and when it becomes manifest externally it is called takabbur.

You can’t sort out the actions unless you sort out the intention. You are fooling yourself if say, ‘I’m changing my behaviour’ and you change your behaviour but still feel superior to others inside.

Imam Ghazali (may Allah be pleased with him), the master of prescribing  medicine for spiritual ailments, said in his book Bidayat al-Hidaya that kibr is when someone looks at themselves through a magnifying lens; so they see themselves magnified while seeing others as less than they are, so they despise their lowliness. In other words, they look down on them as if they are on the 10th floor.

Ghazali gives the symptom of this disease which is the desire to be in the front row or in the spot light all the time. This is a tell-tale sign of arrogance.

Another sign is that they hate it when they discuss anything but cannot bear for their ideas to be rejected, or to hear criticism of themselves.

Allah Almighty in the Quran describes disbelievers as arrogant – ‘In their hearts is nothing but kibr (arrogance).’ [40:56] And Imam Zamakhshari commented on this in his tafsir book Al Kashaf, that they want to be always in the forefront they do not like anybody to be above them or better than them.

Look at the root cause not just the surface

‘Abdullāh ibn Mas‘ūd (may Allah be pleased with him) reported that the Prophet (may peace be upon him) said:

“Anyone has an atom’s weight of arrogance in his heart will not enter Paradise.” [Muslim]

This shows us the consequences of kibr when it is not addressed and rectified.

In response a Companion asked if it was arrogance to dress well:

“What if one likes his clothes and shoes to look good?”

The Prophet (peace be upon him) said: “Verily, Allah is beautiful and He loves beauty. Arrogance is to reject the truth and look down on people.” [Muslim]

Look at the Companions (may Allah be pleased with them) and the purity of their intention, their fear of Allah, and their prioritisation. Imagine if the Prophet (peace be upon him) had answered that having nice clothes and shoes is an act of arrogance. The Companions would have stopped wearing nice clothes. They would have responded ‘we hear and we obey, O Prophet (peace be upon  you)’.

Instead the Prophet (peace be upon him) explained that it is not arrogance to dress well and to like good clothes, as Allah is beautiful and likes beauty.  Arrogance is not about this. It is about rejecting the truth and looking down at others.

We see from this that arrogance is not what you wear on the outside but what you feel on the inside. The external cannot be judged unless you know the internal. If someone wear a nice dress and nice shoes and is showing off then that is kibr, however if they wear a nice dress and nice shoes because they like to be beautiful and show the beauty of Islam without feeling superior to others, this is not arrogance.

The Prophet (peace be upon him) answered the question by referring to the root cause not the surface. Unfortunately we have many scholars and speakers who treat the meningitis with cream and only touch the surface of the problem.

The hadith then goes on to address the arrogant gait, which is also mentioned in the Quran.  Luqman addressed his son offered him advice, saying,

Do not turn your nose up at people, nor walk about the place arrogantly, for God does not love arrogant or boastful people. [31:18]’

We see from this that the walk of an arrogant person is noticeable and unpleasant.

The Prophet (peace be upon him) taught us an exception to this, which is the battlefield.  One day, a Companion called Abu Dujana (may Allah be pleased with him), who was a very strong and skilful warrior marched forward at the Battle of Uhud to challenge the enemy to one-on-one combat before the main battle commenced, as per the military convention of the time. We see something similar today in WWF and boxing when the fighters challenge each other, boasting of their prowess and bragging that they will destroy their opponent.

When Abu Dujana came forward and started swaggering the Prophet (peace be upon him) drew the attention of his Companions to Abu Dujana’s style of walking, observing that Allah hates this walk because of it’s arrogance but that Allah loves it in battle. The reason is that it is meant to intimidate the enemy. It is not about looking down at believers, but a way of putting down the enemy.

Abu Dujana on the day of Uhud put a red bandage, so the Messenger of God (peace be upon him) looked at him while he was arrogant in his walk between the two rows, and he said: (It is a walk that God hates except in this place). [Tabarani]

This hadith form our manual on how to be with each other and to even recognise our own behaviour, and our own intentions, and our own actions and not to impose any harm on ourselves or on others i.e. how to be the best of yourself, how to be the best servant of Allah Almighty, and to reach your full potential, escaping your lower self and the whispers of the shaytan and external pressures etc. traditions and community etc. Our guidance is divine.

Can you be punished even for having internal arrogance?

If you feel arrogance internally it depends if you act upon it or not. If you act upon it you will be punished without doubt. Ghazali elaborated in great detail on how to rid yourself of arrogance which we covered in detail in our course How to Keep your Heart Healthy.

In a nutshell, if you have arrogance inside you, you should do the opposite – behave with humility. First you go to the root cause of kibr which Ghazali explained may stem from feeling superior in your knowledge, health, wealth, or status. He demystified the steps of how to fight this, and realise that this sense of superiority is a delusion as we don’t have any power, any knowledge, any status, any wealth without Allah’s support and help. He can take away our wealth or any other blessing – health, education, understanding, status, and position in the blink of an eye and we would have nothing.

Everything we have is from Allah so we need to be humble and ask Allah’s forgiveness with sincere tawbah and monitor our self and do the opposite. If you feel someone is lower than you, tell yourself how you came to this conclusion. You know that you have plenty of sins. And in Allah’s eyes he might be one of the best people. He might be 100 miles ahead of you in his deeds and in his intentions so you cannot look at anybody and say you are better than him/her etc.

Arrogance between you and Allah, for example you’re doing your salah and you’re trying to concentrate and you keep on telling yourself to keep it together and when you keep it together you feel a sense of pride that you’ve kept it together. Is that a problem because it’s a Catch 22 thing obviously because Allah is helping you but yet you are feeling happy with yourself? I find this scary sometimes.

We ask Allah Almighty to enable us to be always in line with the Sunnah of the Prophet (peace be upon him).

Ghazali on how to cure arrogance

The arrogant worshipper and the humble sinner

The Mistake Hunter – Being Critical for the Sake of It – Utrujj

What beauty treatments are permissible in Islam? Can women pluck their eyebrows? – Utrujj