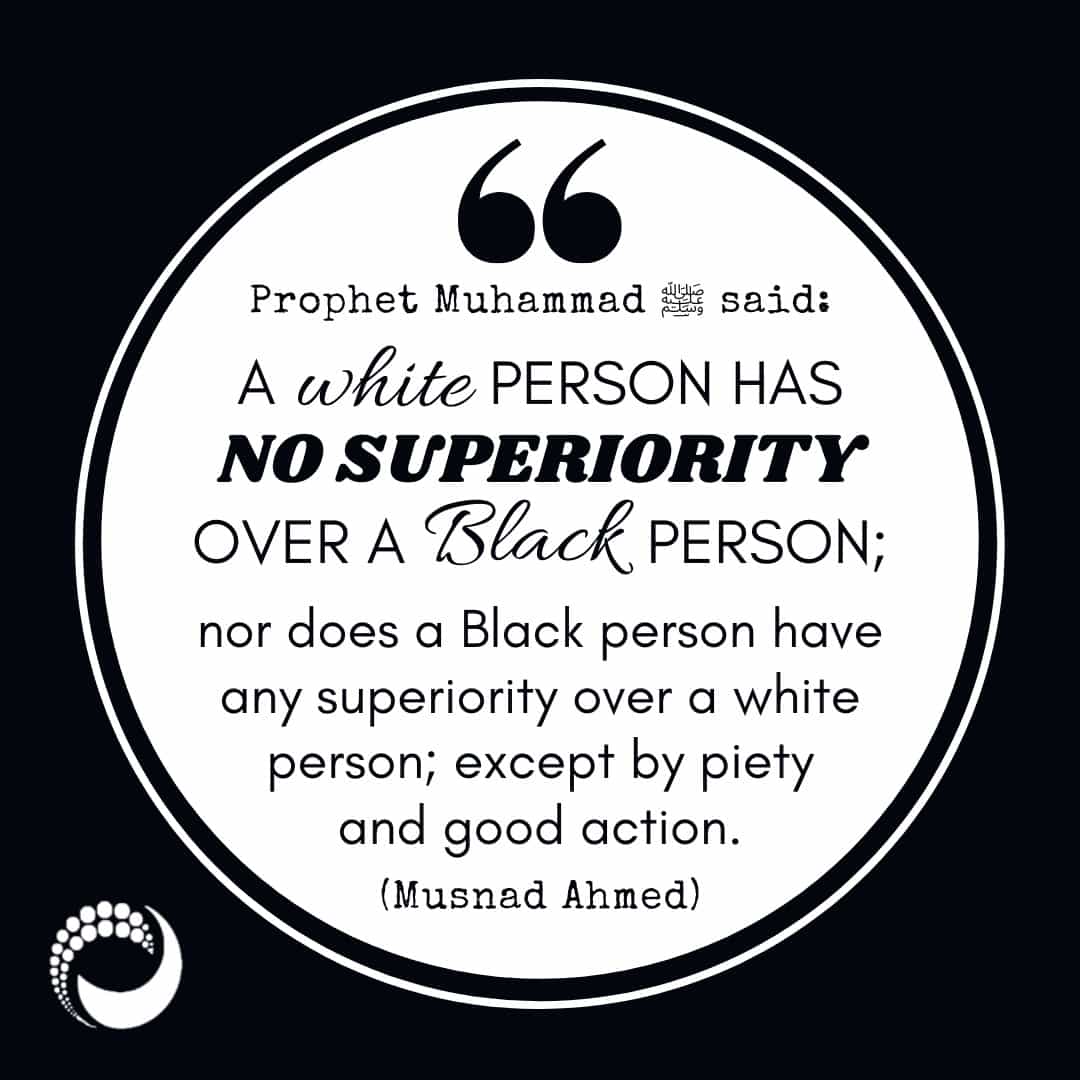 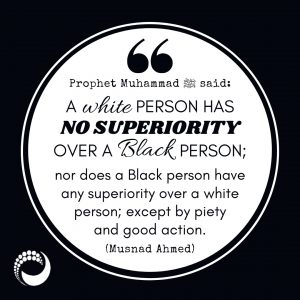 As the Black England footballers are subjected to disgusting racial abuse in the wake of England’s Euros 2020 defeat, we are reminded again of the continuing systemic racism in our countries, which led to the protests in the US and around the world, following the tragic death of George Floyd just a year ago.

Fundamentally, the issue is about the lack of  respect, honour and dignity which is being shown by one set of people towards another, when Allah told us that every single life deserves it. He Himself honoured mankind. Not just one set of mankind. He stated clearly:

And surely We have honoured the children of Adam, (17:70)

Honour has been granted to all humans

Allah Almighty as the Creator gave this honour to each one of us. It is not a privilege one can take away and give another. Or that one country or race can strip from another. Allah Almighty honoured every single one of the children of Adam.

Every human being has this god-given right to be respected and honoured and treated well and not be discriminated against. Regardless if you agree or disagree with them. 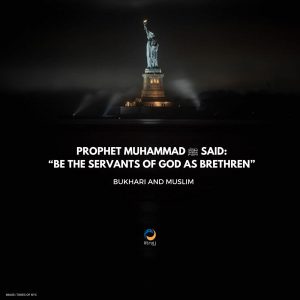 Depriving anyone of respect is unacceptable

To come into the 21st century and commit this crime of racism, goes against human dignity, human rights and respect- it is unacceptable. From a judicial point of view it is illegal, from a shariah point of view it is haram. From the point of view of common sense, it is clearly wrong. Whichever way you look at it, it’s barbaric.

When you look back over the years, you see these are not one-off incidents. When you look at the record and the data, racism is systemic in many places.

No one has the right to be brutal against anyone because he is from a different race, or is a different colour, Muslim, non-Muslim, or for the way he dresses, or if he is bearded, or not, or if she wears hijab or not. We have no right to discriminate. 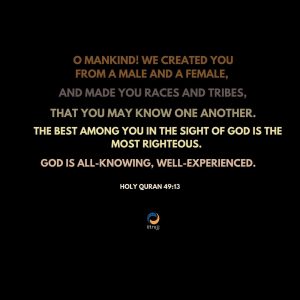 We need a genuine leader, who can lead by example. Not a weak leader, who can not unite people, he’s after fame and more votes. To crush the rights of people is completely wrong.

When injustice is done, it should be rectified

Enough is enough. People have the right to show their concerns in a legitimate and peaceful way without of course, committing any illegal offences.

Allah Almighty has provided the instructions in the Quran on how to deal with each other, respect one another, support one another and dignify one another. However when this does not happen it leads to oppression.

Oppression is rooted in (kibr) arrogance.

The Prophet (peace be on him) defined kibr as:

‘Pride is rejecting the truth and despising people.’ (Muslim)

There are plenty of verses in the Quran which refer to the punishment of those who are acting with arrogance:

In several verses Allah Almighty has mentioned this punishment for people of pride (kibr) or arrogance. The first one who showed arrogance was Iblees (Satan) when Allah Almighty commanded him to prostrate to Adam, and salute him in this particular way. However, Iblees refused, saying:

This was the first manifestation of kibr.

Anyone who looks down at others is following the footsteps of Shaytan, and will be with his group.

The Quran and Sunnah keeps warning us against kibr.  The Prophet (peace be on him) mentioned:

The servant will not achieve the truth of his faith until he loves for people what he loves for himself. (Musnad Ahmed)

This is the opposite of kibr.

Part of kibr is despising others i.e. having hatred in your heart towards others and looking down at them.  Allah Almighty has forbidden this.  He says in the hadith Qudsi which has been narrated in different books that Allah Almighty says:

‘Pride is My cloak, Majesty is My lower garment. Whoever is competing with Me on these two attributes, I throw him in Hell.’ (Muslim and Abu Dawud).

Commentators of this hadith noted that the cloak and lower garment – pride and majesty are two attributes of Allah Almighty. No-one has the right to compete with Allah Almighty in these two aspects. And He uses the example of the garment and cloak to help us understand.

As kibr is a disease of the heart, how do we get rid of it?

‘Allah revealed to me, O servant of Allah: Be humble’. (Muslim). 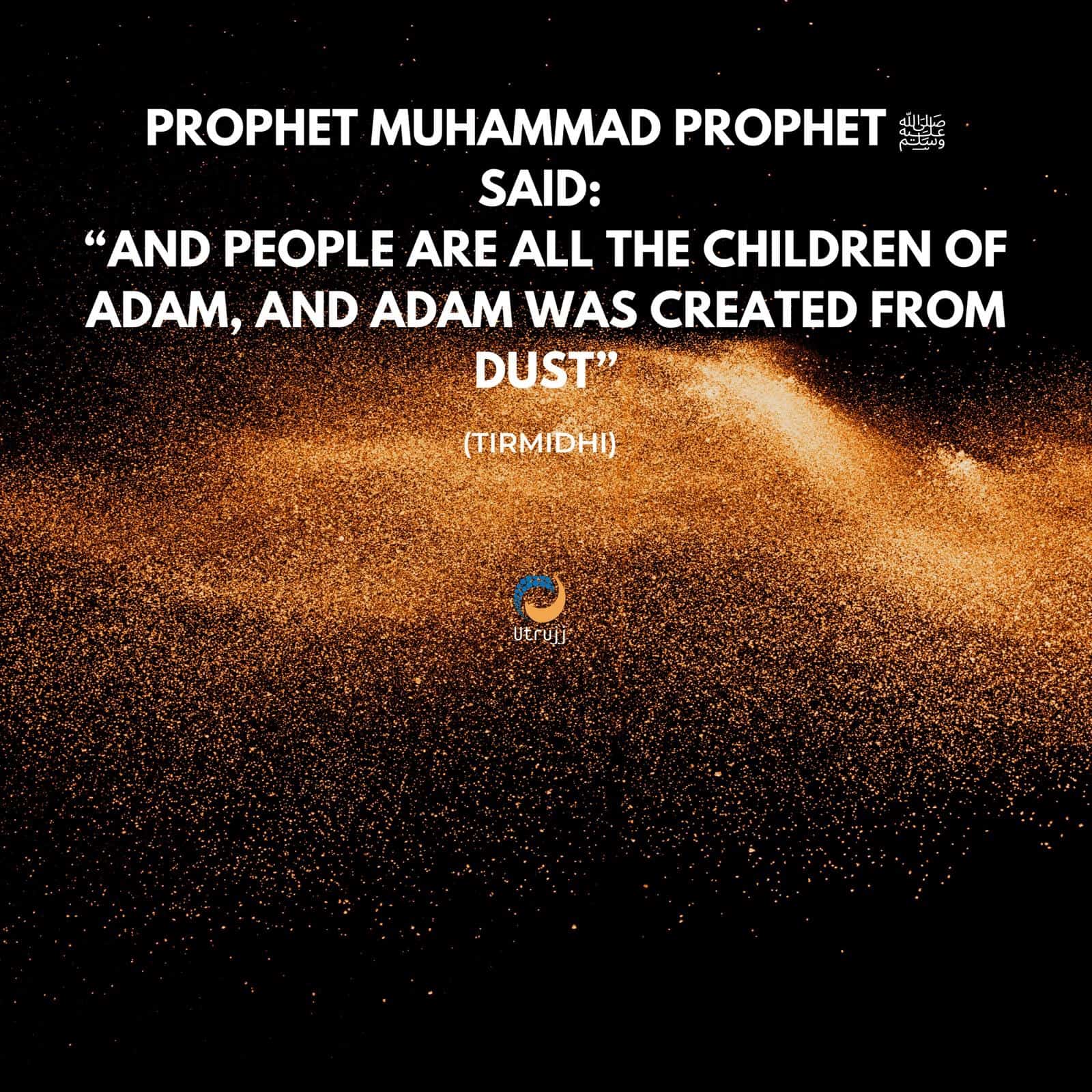 The rise of hatred

Hatred towards others, and unfortunately, the message of hate is just getting louder and stronger these days. Some people look at others like third class citizens. This is pride (kibr). They discriminate against others because of their colour. This is kibr.  The punishment is Jahannum. They discriminate against others because of their language, their deen, their race, their nationality, their poverty. This is kibr. What is the punishment? Allah Almighty made it clear: Jahannum.

The message of hate is not the solution.

‘You will not achieve the highest level of imaan, until you love for others what you love for yourself.’ (Ahmad).

It means until you get rid of hatred towards others you won’t be a true believer.

And when some companions demonstrated arrogance, because the colour of his mother, the prophet (peace be on him) was sad and said

‘You are a person who has some traces of Jahiliyyah ignorance in you’. (Bukhari and Muslim).

We should spread the message of love, leading by example.  It’s not just that we talk the talk, we walk the walk as well.  No matter what you say, your actions prove you right or wrong.

Don’t despise others. Hatred breeds hatred. Oppression breeds extremism. To fight extremism and hatred you need fairness and justice, love and respect. You need to create new opportunities for people, new jobs for those who are jobless, you need to stop discriminating against them.

People of Goodness, Fairness and Justice

Allah Almighty is teaching us how to be people of goodness. People of fairness, people of Mercy. People of no discrimination. We expect in return humanity to follow the guidance of the revelation.  At least the people of the book who belong to the same Abrahamic faith.

By being role models, promoting the message of fairness and justice and love and no discrimination, we are pushing towards this direction in our communities, in our countries.  Hopefully we can make a difference.

Don’t be brutal. Kindness, mercy and love factor in every message Allah Almighty has sent to humanity. Islam teaches us to improve our character and conduct so we can deal with our reality.

I ask Allah Almighty to purify our hearts from any pride and kibr. And make ‘tawadu‘ (humility) and love amongst us all. And bring peace and order to our countries. Ameen