Arrogance and Apartheid vs Humility and Justice 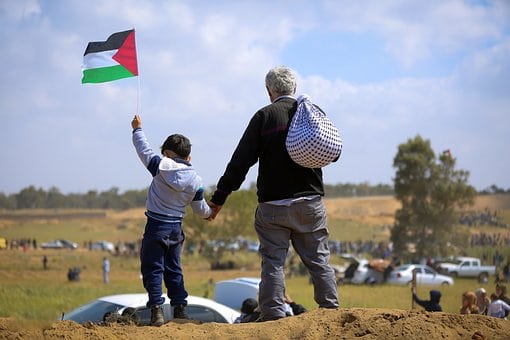 ‘He will not be admitted to Jannah, the one who has in his heart an atom’s weight of pride.’

A man asked the Prophet (peace be on him):

‘We like to have beautiful dresses and shoes. Is it out of pride? Will this be classified under kibr?’

The Prophet (peace be on him) replied: ‘Allah is Beautiful and likes beauty.’ (Muslim)

The Prophet (peace be on him) defined kibr as:

‘Pride is rejecting the truth and despising people.’ (Muslim)

There are plenty of verses in the Quran which refer to the punishment of those who are acting with arrogance:

In several verses Allah Almighty has mentioned this punishment for people of pride (kibr) or arrogance. The first one who showed arrogance was Iblees Satan when Allah Almighty commanded him to prostrate to Adam, and salute him in this particular way. However, Iblees refused, saying:

This was the first manifestation of kibr.

Anyone who looks down at others is following the footsteps of Shaytan, and will be with his group.

The Quran and Sunnah keeps warning us against kibr.  The Prophet (peace be on him) mentioned:

The servant will not achieve the truth of his faith until he loves for people what he loves for himself. (Musnad Ahmed)

This is the opposite of kibr.

Part of kibr is despising others i.e. having hatred in your heart towards others and looking down at them.  Allah Almighty has forbidden this.  He says in the hadith Qudsi which has been narrated in different books that Allah Almighty says:

‘Pride is My cloak, Majesty is My lower garment. Whoever is competing with Me on these two attributes, I throw him in Hell.’ (Muslim and Abu Dawud).

Commentators of this hadith noted that the cloak and lower garment – pride and majesty are two attributes of Allah Almighty. No-one has the right to compete with Allah Almighty in these two aspects. And He uses the example of the garment and cloak to help us understand.

As kibr is a disease of the heart, how do we get rid of it?

‘Allah revealed to me, O servant of Allah: Be humble’. (Muslim).

Humility is the opposite of kibr. Loving for others what you love for yourself is the opposite of despising others.  Hatred towards others, and unfortunately, the message of hate is just getting louder and stronger these days. Some people look at others like third class citizens. This is pride (kibr). They discriminate against others because of their colour. This is kibr.  The punishment is Jahannum. They discriminate against others because of their language, their deen, their race, their nationality, their poverty. This is kibr. What is the punishment? Allah Almighty made it clear: Jahannum.

The message of hate is not the solution.

‘You will not achieve the highest level of imaan, until you love for others what you love for yourself.’ (Ahmad).

It means until you get rid of hatred towards others you won’t be a true believer.

And when some companions demonstrated arrogance, because the colour of his mother, the prophet (peace be on him) was sad and said

‘You are a person who has some traces of jahaliyya in you’. (Bukhari and Muslim).

We should spread the message of love, leading by example.  It’s not just that we talk the talk, we walk the walk as well.  No matter what you say, your actions prove you right or wrong.

Don’t despise others. Hatred breeds hatred. Oppression breeds extremism. To fight extremism and hatred you need fairness and justice, love and respect. You need to create new opportunities for people, new jobs for those who are jobless, you need to stop discriminating against them.  You have apartheid in Palestine and Israel. This can never be a peaceful state.  Claiming that Heights of Golan is Israeli territory is not going to bring peace at all.  But arrogance and pride dominate, because one side feels: ‘Why not? I can do it.’

If you are really seeking peace then the way forward is through justice and fairness towards the Palestinians. For those that are under occupation they endure systematic hatred.

Bait al-Maqdis is still under occupation. We need to teach our children that this is the land of al Mi’raj. Although it is under occupation, it belongs to us. No matter how many years it has been under occupation but as long as we are persistent and we do our best to defend our rights, Insha’Allah we will get it back.

Although we have plenty of weaknesses amongst the Arab & Muslim leaders, it is the people who make the difference.  And we are the people.  And we can insha’Allah make the difference. Read about Salahuddin and how he created the new generation to liberate Al Aqsa. It didn’t happen overnight.  It is a matter of generations. So as long as we are persistent in holding on to the truth and our right, we’ll get it back inshallah.

People of Goodness, Fairness and Justice

Allah Almighty is teaching us how to be people of goodness. People of fairness, people of Mercy. People of no discrimination. We expect in return humanity to follow the guidance of the revelation.  At least the people of the book who belong to the same Abrahamic faith.

By being role models, promoting the message of fairness and justice and love and no discrimination, we are pushing towards this direction in our communities, in our countries.  Hopefully we can make a difference.

I ask Allah Almighty to purify our hearts from any pride and kibr. And make ‘tawadu (humility) and love amongst us all.  Ameen.