Vile leaders: Signs before the arrival of Dajjal 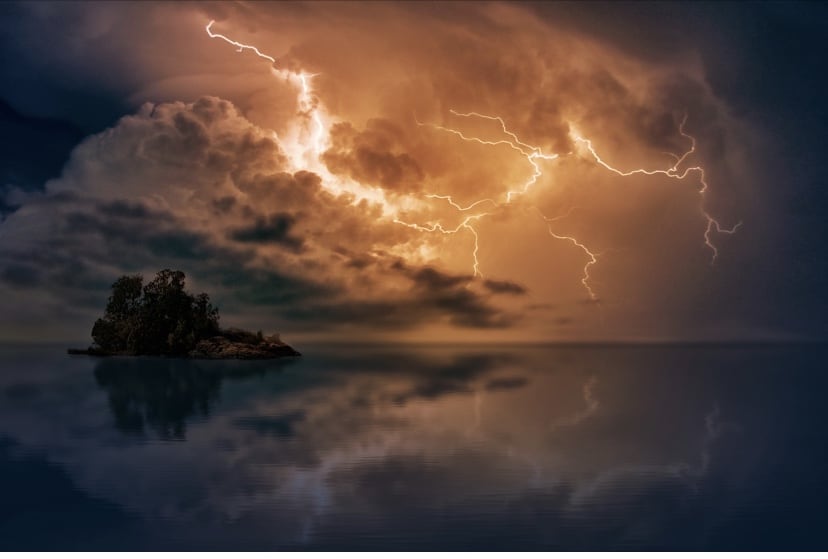 Before the appearance of Dajjal we were told that we would endure years of betrayal:

It was said ‘Who are Ruwaibidah?’

He said: ‘Vile and base men who control the affairs of the people.’ (Ibn Majah and Ahmad)

The reign of the scum

We have seen this rule by corrupt leaders throughout our history and sadly history keeps repeating itself. This misfortune is one of the signs of the Day of Judgement. Before Dajjal comes certain signs will appear and one of these is that truthful people will not be considered truthful and trustworthy, while the public will trust the untrustworthy and accept the liars. The one who will represent the public will be the worst of the public.

Having evil people in control is common. Look around us in different countries, we see the same political scenario being replicated just as the Prophet (peace be on him) described.

Yet, whatever the situation, we cannot lost hope, as the Quran said:

Do not waver and do not feel sad. You are the superior ones, if you are believers. (3:139)

The Prophet (peace be on him) used to say in his dua:

Oh Allah I seek refuge in you from worry and grief. (Bukhari)

Severe sadness blocks us and paralyses us – we cannot move forward or think, because we are overcome by grief and despair. Comfortingly, in the Quran is says:

Wake-up call for the ummah

Widespread atrocities, calamities and tests are a wake-up call for Muslims. For decent people, the time has come to think, cooperate, help and support one another against injustice, oppression, poverty, extremism, racism and any form of aggression. For too long we have allowed injustice to prevail.

Whatever misfortune befalls you, it is because of what your hands have earned; and yet He pardons much. (42:30)

Unless we respond to this wake-up call, we will continue to be disunited, fragmented and act like the disjointed limbs of a body.

Unite in the face of challenges

The Prophet (peace be on him) mentioned in the beautiful hadith:

The example of the believer in their mercy and compassion is like one body. (Bukhari and Muslim)

The limbs of the body have to function as such, but we are not functioning in this manner. This is why we are weak. We are disunited. Let the atrocities and tests unite us. Let’s come together and organise our communities and establish our priorities. Not just on a personal level, but on a city level, and national level. This is how we can move forward.

Unity is not homogeneity

If we learn anything from recent events, it is that being divided is deeply damaging. Instead, co-operating with one another, with our differences, is the only way out of this disaster. When the Prophet (peace be on him) used the analogy of the body, he brought to our attention that the body is composed of different parts, with different functions, yet to survive they have to work together. Sadly we are not functioning as one body. We need to stop seeing our differences as a problem, and realising that they are a strength. Our differences enrich us and, as long as they are within the boundaries of Islam, are simply different ways of applying the deen.

What we don’t like can be good for us

Whenever we have a test the ayah that comes to my mind is:

We cannot comprehend Allah Almighty’s wisdom, or His plan.

But they plan, and Allah plans and Allah is the best of planners. (8:30)

Rising from the ashes of defeat

In Surah Al Imran, in over 60 verses, Allah Almighty talked about the physical defeat in the Battle of Uhud. He explored this in great deal over 60 verses! Worse than physical defeat is psychological defeat. It is not the end of the world to fail to achieve what you wanted. Rather what doesn’t kill you makes you stronger. Strength will come when we analyse why we are not doing well; identify our gaps, and figure out how we can improve our situation. We have to be active. Not lazy. Not apathetic. Not despairing.

This is why the Prophet (peace be on him) used to pray for refuge in Allah from incapacity and laziness.

Anas bin Malik narrated the Prophet (peace be on him said:

Oh Allah, I seek refuge in You from worry and grief, from incapacity and laziness, from cowardice and miserliness, from being heavily in debt and from being overpowered by (other) men.’ (Bukhari)

We ask Allah Almighty  to always make us active members of the community and grant us real uderstanding of the deen, so we apply it, promote goodness and forbid what is evil. This is our motto forever.  Unless we come back and revive this, we are not going to achieve success.

Hold fast altogether to the rope of Allah and do not be disunited. (3:103)

Unless we do that we will be eaten by the dogs. We can only be strong through our unity and through coalitions with those who are seeking goodness in the community.

We ask Allah Almighty to open our eyes, our heart and our minds to see the truth and follow the truth and make us understand what really matters to our community, rather than prioritising our interests over our community. At times, we know what is the right thing to do but we sacrifice for our gain. We have to back principles over self-interest. Believers have to follow their principles even when if it is not serving their own interests. When you follow the principles, Allah Almighty will serve you without doubt in the akhirah as well as the dunya.

The rise and fall of nations

Voting is an amanah