The Mistake Hunter – Being Critical for the Sake of It 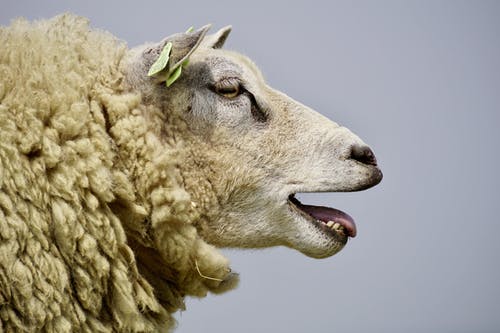 What do you focus on when you attend a gathering? What do you remember when you left? Was it the mistakes of the speakers?

The Messenger of Allah (peace be on him said):

Seeking knowledge is incumbent on every Muslim. (Ibn Majah)

‘The likeness of the one who sits and listen to wisdom then only speaks of the mistakes that he had heard, is that of a man who comes to a shepherd and says: ‘O shepherd, give me the best of your sheep to slaughter,’ and (the shepherd) says: ‘Go and choose the best of them.’ Then he goes and grabs the ear of the sheepdog.’ (Ibn Majah and Ahmad)

The Prophet (peace be on him) in this and many similar narrations was addressing every single person in his ummah and informing them that it is an obligation on us to seek knowledge. Which knowledge was he referring to?

What Do We Have to Know?

We have to know fard al ain (obligatory individual knowledge), which means how to perform your Islamic duties, such as salah, siyam and zakat, as well conduct your life in the manner Allah Almighty ordained, such as your business transactions, refraining from riba, and how to handle relationships, such as dealing with your parents, spouse and children. Everyone has to know these.

Naturally, this knowledge comes to us from multiple sources, scholars and books. And other than Qur’an and the Prophet (peace be on him) who have isma or are infallible, whatever we read or hear will have, to some degree, mistakes or shortcomings in them.

What Do You Notice?

Your focus shouldn’t be the mistakes. People who zoom exclusively on the mistakes are Mistake Hunters. They attend classes, gatherings and circles only to pick out the mistakes. The Prophet (peace be on him) experienced this in his lifetime and made the analogy of such people as the one who had the choice to choose the best sheep, but picked the sheep dog.

It is a quite an unusual example but in a beautiful way it teaches us very visually, that the one who zoomed in on mistakes ignores all the sheep, and picked the sheep dog was blinded. He lacked baseera (insight) and should changed himself when he had the opportunity to benefit.

What was Your Intention?

Firstly this is ill intention. Allah Almighty will not benefit such a person from the wisdom and knowledge He has given. So we have to be careful to have the right intention when we seek knowledge. This is why in the very famous hadith, the Prophet (peace be on him) said:

Actions are but by intention. (Bukhari)

The corrupted intention leads to the sheepdog, not the sheep.

By zooming into mistakes your efforts are wasted: you travelled, and spent time, money and put in the effort to attend the circle but you lost the reward, and the benefit. The ill intention is sinful.

All humans we make mistakes, (we are not prophets or messengers) so how do we overcome these mistakes? There are plenty of other narrations guiding us on this, such as Ad-deen un naseeha – the whole religion is about giving the right advice – with its etiquette and conditions. If someone makes a mistake we advise them in private, not public, we do not expose or humiliate anyone etc.

We should have prophetic and qur’anic etiquette. Rather than ruin the knowledge we receive.

In a beautiful narration, Anas bin Malik (may Allah be pleased with him) narrated that the Messenger of Allah (peace be on him) said:

The circle of remembrance is a wide concept. Of course, they are circles of knowledge, where we learn how to worship Allah Almighty, how to be closer to Him, how to avoid the haram, and follow the halal, and draw the line between doubtful and permissible matters and so on.

They could be circles of dhikr, where you sit and celebrate Allah’s name in the prophetic manner and recite the Qur’an, or learn tajweed, hadith etc.

These are described as the Gardens of Jannah. It is the Jannah on earth. If you want to experience Jannah before gong to Jannah, then attend the circles of knowledge, as the Prophet (peace be on him) encouraged us, with the right intention.

Students who attend these circles experience this, the moment the circle ends, they feel the change in their hearts. That feeling is gone. So I also say that this circle was a garden from Jannah that you were experiencing. So don’t let the shaytan ruin your intention.

Once a circle ended, one of the attendees approached the shaykh -who had delivered the circle- in private with good etiquette, but handed two long pages to the shaykh. When the shaykh asked if they were a request for something, the man replied that they were a list of his mistakes. The man had come from a long distance and then sat in the audience to count the mistakes. He had picked the sheepdog.

We need wisdom in our life. If there is something that needs correction, we have the right way of doing it, but be careful what your intention is, and focus on how to improve yourself. No one is claiming they have isma (infallibility).

Benefiting from the Right Intention

Approach sacred knowledge with the right intention. One of my teachers (may Allah be pleased with him) used to say if you were to sit down with someone even lower than you in knowledge with good intention, then Allah will benefit you. Do not have pride and arrogance because it prevents you from gaining wisdom. The shaykh would sit with his students and attend their circles, even though he himself was the shaykh of great shuyukh and listen attentively.

‘A wise word is the lost property of the believer, so wherever he finds it, he has more right to it.’ (Tirmidhi and Ibn Majah)

Allah Almighty says in the Qur’an:

Khutbah delivered by Shaykh Haytham Tamim on 8 February 2019 at UKAMCCC.