If you want to be saved, have a good opinion about others 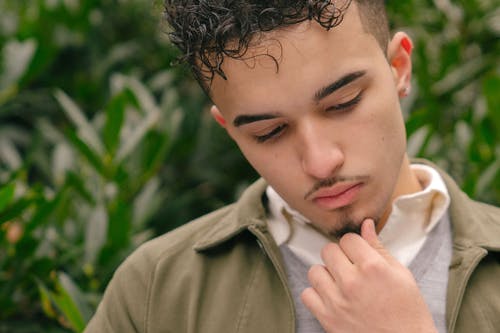 Today’s reminder is that having a good opinion about people brings tranquility. In Arabic we say: حسن الظن بالناس يجلب الطمأنينة

Every now and then we have rumours and accusations in the community and the common practice among the vast majority of Muslims, let alone non-Muslims is to believe the rumours are a fact and proof of guilt.

I have spoken about his topic many times, but I feel that there is a need to clarify the position of how to deal with rumours or how to react when you hear something adverse about someone. How does the sunnah guide us on this?

Suspicion is when you choose the worst assessment about someone

The Quran commands us to avoid suspicion

Allah Almighty in the Quran in the very well known ayah in Surat al-Hujarat, said:

O you who believe! Avoid most suspicion—some suspicion is sinful. And do not spy, nor backbite one another. Would any of you like to eat his dead brother’s flesh? You would hate it. So reverence Allah. Allah is the Acceptor of Repentance, the Mercy-Giver. (49:12)

Let’s focus on the first part of this ayah, which says: avoid suspicion. This means that we should not put the worst spin on a story, unless there is evidence to prove that it is a fact. If the evidence is clear as sunlight, then you cannot deny it. However in the majority of cases, day in and day out, in our community and conversations and dealings, to make an assumption that someone behaved badly or had bad intentions based or to jump to the worse conclusion about someone is forbidden.

Abu Hurairah (may Allah be pleased with him) said that the Messenger of Allah (peace be on him) said:

“Beware of suspicion, for suspicion is the worst of false tales.” (Bukhari and Muslim)

Assuming the worst about someone should not be the default position of the believer.

You have to have clear evidences to prove something wrong. In Surat an-Najm, Allah Almighty beautifully said:

They have no knowledge of it. They follow nothing but assumptions, and assumptions are no substitute for the truth. (53:28)

Assumptions are not a substitute for the truth. You need to have the truth. I am not talking about someone who is criminal by profession, but someone who has a good character and is not known for committing sins in public. It might be a relative, friend, neighbour or colleague.

Why having a bad opinion is haram

If you form a bad opinion about someone, this is haram due to the following three reasons:

You are rewarded for having good opinion of person, even if you are wrong. As long as you are not being gullible or naïve. The reason is that when you have a good opinion about someone you you have tranquility in your heart when you meet them and interact with them.

Having a bad opinion clouds your heart towards that person

This is why the Prophet (peace be on him) did not like his Companions to bring him faults regarding others because it colours the way you perceive them and clouds your connection with them.

Ibn Mas’ud (may Allah be pleased with him) said that the Messenger of Allah (peace be on him) said:

“None of my Companions should convey to me anything regarding another because I desire to meet everyone of you with a clean heart.” (Abu Dawud and Tirmidhi)

If you cover others faults, Allah covers your faults

Abu Barzah al-Aslami narrated that the Prophet (peace be on him) said:

Have a good opinion of others is the perfection of worship

Abu Hurayrah (may Allah be pleased with him) narrated that the Prophet (peace be on him) said:

To harbour good thoughts is a part of well-conducted worship. (Abu Dawud)

Don’t believe everything you hear or read

O you who believe! If a sinner comes to you with any news, investigate, lest you harm some people out of ignorance, and you become regretful for what you have done. (49:6)

The one who spreads news about others sins will be perished

Abu Hurayrah (may Allah be pleased with him) said that the Prophet (peace be on him) said:

When a man says people have perished, he is the one who has suffered that fate most. (Abu Dawud)

This shows that the one who is launching into tirades against others for their sins, and saying so and so will be perished for his sins, is digging a hole for himself, because he feels that he is better than them and does not wish well for them and is self-satisfied. Whereas he is the one who will bring about a bad fate for himself through this.

How to change your bad opinions to good opinions

I advise everyone to read Surat Al Nur as it is the training course on how to strive against the whispers of shaytan and to change bad opinions to good opinions ourselves and in our communities.

Allah Almighty said that upon hearing an acquisition you should think well of them and that they are innocent until proven guilty:

If only, when you heard it, the believing men and believing women thought well of one another, and said, “This is an obvious lie.” (24:11)

2. Assume the best not the worst about someone

Think the best unless the evidence is clearly against someone. Otherwise you share in their sin when you spread rumours about them.

Those who perpetrated the slander were a bunch of you. Do not consider it bad for you, but it is good for you. Each person among them bears his share in the sin. As for him who played the major role: for him is a terrible punishment. (24:11)

Remember the good along with the faults

‘Umar bin al-Khattab told that a man called ‘Abdallah used to make the Prophet laugh. The Prophet had beaten him because of wine-drinking, but when he was brought to him one day and he gave orders and had him beaten, and then one of those present said, “O God, curse him. How often he is brought!” he said, “Do not curse to him. I swear by God that for all I know he loves God and His messenger.” (Bukhari)

What you thought was trivial, was serious

We cannot take thinking bad of others lightly because having bad thoughts about them has repercussions on how we behave towards them, and on the cohesion of our community. It promotes negativity rather than positivity, when Islam is a religion of positivity and proactiveness. This is why Allah Almighty said:

When you passed it from one tongue to another, and you said with your mouths what you had no knowledge of, and you considered it trivial, but according to Allah, it is very serious. (24:15)

We need to train ourselves and take the sunnah position and think well of others, unless there is clear evidence against them. We ask Allah to enable us to follow the Quran. Ameen.