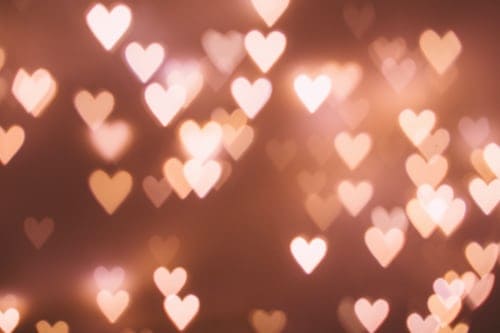 In Imam Ghazali’s Kitaab Al-Arba’in Fi Usul ad-Din, The Forty Principles of the Religion, which is a summary of his great work, Ihya Ulum ad-Din, he has a chapter on Following the Sunnah.

He discusses the importance of following the Prophet (peace be on him) and establishing a bondship with him. Not just following him in ibadah but in all spheres of our life.

In the three secrets which should motivate us to follow the sunnah, the first is that there is a hidden connection between the outward action and the inward state. This means that by following the Sunnah we enhance our spiritual state and our closeness to Allah Almighty. We see this is wudu and salah which are external actions that have internal effects such as inner purification.

The second secret is to polish the heart because a heart clouded by dunya cannot reflect divine light. The heart is polished through istighfar and sincere worship, dhikr of Allah, removing base desires and ridding the character of evil traits.

He also mentions that we need to ‘straighten’ our heart, as a mirror that is crooked will reflect distorted images. Straightening the heart means that one’s limbs conform to justice.

It means that you to put things in their proper places. This is called tadeel which derives from the word adl, meaning justice. Therefore the definition of justice is to put things where they belong. This has a broad application.

The third secret to your happiness is to refrain from lower desires. You have to break this desire and not follow your nafs. Do not be like animals, as they only follow their desires. Whereas angels have no desire. Humans are in between. Our behaviour determines whether we are bestial or angelic.

Following the prophetic sunnah is preparation for the akhirah. There are things you cannot comprehend without revelation.

The Sunnah protects the heart

When you follow the Shariah and the Sunnah, your heart is protected against the viruses which affect the heart. If you drop your defences, which can happen through denying the Sunnah, then your heart is contaminated by viruses and whims and desires.

If you want to be closer to Allah, you have to leave evil and sins and lying. You also need to be careful what thoughts you entertain in your head. Though listening to shaytanic whispers is not recorded as a bad deed until you execute it though your actions, if you allow it to float around your head, and you do not dismiss it, it can affect you. This is why you need to stop it. It is difficult but life is not easy. It is a daily struggle.

Whatever the Messenger commands you to do take it and what he forbids refrain from it. (59:7)

We are not saying leave your intellect behind, but we do not have access to all the answers.

Emulate the angels by diminishing desires

Emulate the angels by distancing yourself from desire (shahawat). We cannot delete all desire from our system, because Allah pre-programmed desire in us and we are permitted to fulfil desire in a halal ways.  However we should minimise it.

To refrain from sin and disobedience is important. You should always control your whims and desires. This is the way that makes you closer to Allah. If you do the opposite you are like the animals who just follow their instinct. We have tazkiya (purification) for the heart and soul.

When you have a choice choose the prophetic option

The Prophet (peace be on him) would do particular things in a particular manner at a particular time. Such as praying in a certain way at a certain time. This is all related to the Unseen. It is tawqifi (divinely prescribed). The reasons for it are not known to us, but when the Prophet (peace be on him) was asked why he prayed 4 rakahs before Dhuhr, he replied it is at the time the gates of the sky are opened. He thus showed us that this is special time, as it the middle of the night, and Sahar time (the hour/ hour and half before Fajr).

In another narration from Abu Hurayrah (may Allah be pleased with him), the Prophet (peace be on him) said:

“No worshipper has ever said: None has the right to be worshipped but Allah (Lā ilāha illallāh)’ sincerely, except that the gates of heaven are opened for it, until it reaches to the Throne, so long as he avoids the major sins.” (Tirmidhi))

Following the Prophet (peace be on him) benefits the heart, so we should adopt as many of his Sunnah as we can. Such as fasting on Mondays and Thursdays, praying Qiyam al Layl every night. This following brings us closer to Allah Almighty.

Not following the Sunnah is insane

Ghazali recommended that we do not differentiate between what is fard and what is sunnah but do both, if we want closeness to Allah Almighty. At least start with the minimum and build on it. It is about establishing habits.

He goes on to say that he anyone who does not follow the Sunnah without a valid reason must be insane or stupid. Unless there is a hidden disbelief causing this neglect, it is clear stupidity.

For instance, why would you not reap the rewards of praying in jammah (congregation) when the reward for prayer is multiplied 27 times.

If Allah Almighty has opened His treasures wide open for you, why aren’t you taking them?

If you have treasures in front of you and you only take 1pm what is wrong with you?

Intellectual thinking sometimes does not see the reasons behind certain practices, like Hijama for instance, which is cupping with blood-letting through small incisions. When it is carried out hygienically and by the right people and expertise then it is a Sunnah to apply it. Why did he use this? We do not know. But we know it can be effective in some scenarios to treat conditions and chronic diseases. Of course, you must be careful that you do not go to dodgy practitioners, as there are people who are not practicing it correctly, as this could be very dangerous for you.

Don’t be lazy, because if laziness is preventing you from taking them, it shows that you don’t care about the akhirah; you care more about dunya. Don’t make the dunya your priority. You trust your doctor, but not the Prophet (peace be on him) then there is something wrong.

Strive against your laziness and try to follow the sunnah. Do your best to follow him in ibadah and whatever he did. It is very rewarding and very beneficial to do this.