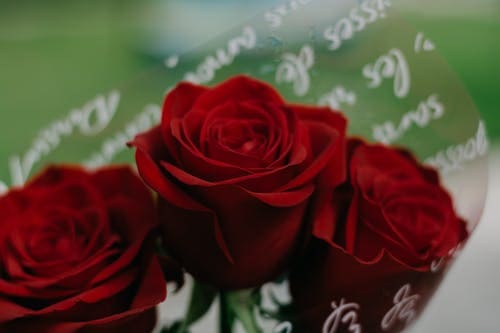 Many people consider Valentine’s Day to be haram. This is generally based on an emotional assumption. As Valentine’s Day is part of Western Culture and Islamically we do not have a day when people express love, it is assumed that this must be haram.

However in order to call something haram you need evidence. You cannot label something haram based on emotions. To give something a haram label is serious matter. It means that the one who does that is sinful and punishable.

One might argue that Valentine’s Day is haram on the basis that Ibn ’Umar (may Allah be pleased with him) narrated that the Messenger of Allah (peace be on him) said:

On this basis, one could say wearing a suit and tie is haram because it is imitating disbelievers, and not the dress of Muslims. That conclusion would be wrong, because wearing a suit or tie is not related to belief. As long a dress fulfils the criteria of Shariah it is considered permissible. The hadith does not apply to everything. It only applies to matters related to ibadah. For instance, wearing a cassock or a cross would be haram, because that is imitating a priest or a Christian. Those items are related to belief.

Valentine’s Day is not related to worship

Celebrating or not celebrating Valentine’s Day is not related to belief or worship. It is permissible or not depending on who is expressing their love to whom. For instance, there would be nothing wrong with a husband expressing love to his wife by buying her flowers or a gift or taking her out for a meal etc. Nor would there be anything wrong in children expressing love for their mother or siblings.

It is part of Islam to express love between spouses, within families and between friends. The Prophet (peace be on him) expressed his love for his wives to them, and to his children and to his companions and he encouraged them to do the same. Love increases when you communicate it, rather than expect the other person to guess it. It is positive energy that makes the recipient feel good and in turn they reciprocate. Conversely, not expressing love can make a relationship dull, stagnant and lifeless.

Aisha (may Allah be pleased with her) would ask the Prophet (peace be on him, “How much do you love me?” He would answer, “Like a strong binding knot.” Later as time went by, she would occasionally ask him, “How is that knot?” He answered, “As strong as the first day.”

The word comes from ‘wud’ meaning deep love. Without this essential component, a marriage is a union in which the partners tolerate each other at best and hate each at worst. Marriage is not meant to be a battlefield over rights and responsibilities, but the space in which you feel secure, relaxed and supported.

‘Those who are merciful will be shown mercy by the Most Merciful. Be merciful to those on the earth and the One in the heavens will have mercy upon you.’ (Abu Dawoud).

One of the categories of people who receive the shade of Allah’s throne on the Day of Judgement are those who loved each other for Allah’s sake1 i.e. whose love is pure and not tainted by the desire for any worldly benefit. Throughout the narrations, we see the Prophet (peace be on him) encouraging the Ummah to have a strong sense of brotherhood, and to love and support each other. This is why he emphasised the importance of conveying the salam, and expressing your feelings, so that this bond between individuals is strengthened and creates a strong society.

Anas ibn Malik (may Allah be pleased with him) narrated that a man was with the Prophet (peace be on him) when another man passed by and he said:

‘O Messenger of Allah, I love this man.’

The Prophet (peace be on him) said to him: ‘Have you told him?’

So he caught up with him and said: ‘I love you for the sake of Allah!’ He said: ‘May the one for Whose sake you love me also love you!’

Between parents and children

Aisha (peace be on him) reported:

A bedouin came to the Prophet (peace be upon him), and he said, “You kiss the children? We do not kiss them.” The Prophet said, “I cannot put mercy into your heart if Allah has removed it from you.” (Bukhari and Muslim)

I understand the fact that we need to preserve our deen and not inject anything into it that changes or compromises the principles. However, if we ignored the name Valentine’s Day, and on this day a man gave flowers to his wife would this be haram? There is nothing haram about this.

It would be haram if someone bought flowers for a girlfriend or boyfriend. Therefore it is not giving the gift which is haram, but the relationship between the parties which makes it halal or haram.

It is similar to when people say celebrating birthdays or celebrating Mother’s Day is haram. What is haram about celebrating birthdays? People are just coming together and celebrating a new year for their son or daughter or themselves. They have some food and sweets, there is nothing haram about this. Similarly visiting your mother, showing your love and appreciation for what she has done for you, and giving her a gift can hardly be called haram.

1 “There are seven whom Allah will shade in His Shade on the Day when there is no shade except His Shade: a just ruler; a youth who grew up in the worship of Allah, the Mighty and Majestic; a man whose heart is attached to the mosques; two men who love each other for Allah’s sake, meeting for that and parting upon that; a man who is called by a woman of beauty and position (for illegal intercourse), but be says: ‘I fear Allah’, a man who gives in charity and hides it, such that his left hand does not know what his right hand gives in charity; and a man who remembered Allah in private and so his eyes shed tears.'” (Bukhari and Muslim)

What are limits between boys and girls?
Choosing a partner for the afterlife

The Muslim guide to getting married

What does Islam say about zina?

Is it permissible to celebrate birthdays?