How to Spread Love 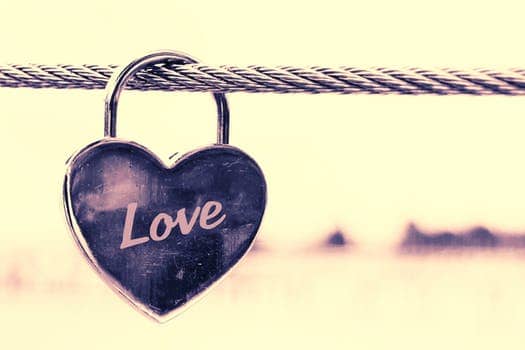 The Significance of the Heart

And indeed, the Qur’an is the revelation of the Lord of the worlds.

The Trustworthy Spirit has brought it down

Allah Almighty mentions here that this revelation has been brought down by the Angel Jibreel on the Prophet’s (peace be on him) heart, superimposing the Qur’an on the heart. He mentions this again in Surah Baqarah:

(Muhammad), tell the people, whoever is an enemy to Gabriel who has delivered the Book to your heart as a guide and as joyful news to the believers (2:97)

The symbolic meaning of the heart is the symbol of life, as the heart in the body is where blood is pumped around the body in our veins. The Qur’an is the symbol of life, pumping all the teachings in every corner of our life. So imagine a body without a heart? We can’t. It would be a lifeless body. Imagine the ummah without the Qur’an? We can’t because it’s a lifeless ummah. Thus there is a direct comparison of the heart in the chest and the revelation which Allah Almighty sent to the heart of the Prophet Muhammad (peace be on him).

In surah Ash Shuraa, Allah mentioned another description of the Qur’an:

‘And thus We have revealed to you a Spirit of Our Command. In no way did you realise what the Book was, nor the belief; but We have made it a Light, whereby We guide whomever We decide of Our bondmen. And surely you indeed guide to a straight Path’ (42:52)

This is the only verse in the Qur’an where Allah mentions that the Qur’an is the spirit. It is the spirit of our hearts and of our life. Without this Qur’an, the revelation from Allah Almighty, there is no real life. The heart is therefore the place of understanding and accountability, a place of reflecting and pondering.

The revelation of Islam is therefore about the message of love.

Love Allah and the Messenger

This love is  pillar of imaan. In a sound narration, the Prophet (peace be on him) said:

‘None of you believes until Allah and His Messenger are more beloved to him than anything else.’ (Musnad Ahmad)

So loving Allah and His messenger is a pillar of Islam.

The message of love permeates the whole Qur’an – loving Allah and His messengers, and loving goodness for people goes on and on.

In any human society the relationships between people are based on love. When the Prophet (peace be on him) migrated to Medina, in his opening speech in Medina he established the pillars of the human society, not just Islamic society in a short but comprehensive speech.

Abdullah bin Salam who was a Jewish Rabbi said:

‘O people! Spread (the greeting of) salam, feed others, uphold the ties of kinship, and pray during the night when people are sleeping, and you will enter Paradise with Salam.’

Note here that the Prophet (peace be on him) was addressing ALL people, not just believers. Then he went on to say that the best way of spreading love was to greet everyone by saying salams. Nowadays nobody says salam to each other in the streets in London. We are all aliens. No wonder there is stress all over the place. Spread greetings with a smiling face. It is a form of charity.

2. Care for the Needy

The second message of love is to look after the needy in the community. When the Prophet (peace be on him) said ‘feed the food’ it meant watch out for one another. This is the basis of any successful good community. Currently with austerity measures, we have plenty of food banks as we have financial difficulties throughout the community.

These are actions of love, care and concern.

The third message was to connect your blood ties- in other words it is not enough to be good to your neighbours, or your community, but charity begins at home. You have to have good relations with your relatives. Again, it’s a message of love.

The fourth message is praying during the night while the people are sleeping. Why? It is a message of love between you and Allah Almighty. It is not just your relationship with your neighbour, relatives, wife and children and community, but do not to forget the main person in your life which is Allah. This is what actually gives you sustainability to be able to deliver the three previous messages. And what is the result if you manage this? Your admittance to Jannah peacefully.

Piety resides in the Heart

‘The day when there it will not benefit [anyone] wealth or children, but only one who comes to Allah with a sound heart’. (26:89)

So much of the time the media throws accusations that Muslims are spreading the word of hatred, however I can assure you that this is not the message of Islam. These are only accusations, The real message is the message of love not hatred and of course the media needs new topics to bring more kinds of business but not at our expense, of the Muslim community.