Why do I have to speak out 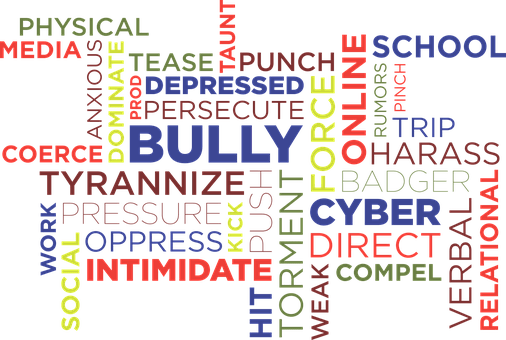 Why We Have to Speak Out

And (remember) when his Lord tried Ibrahim with certain words, then he fulfilled them: He said: ‘Surely I am going to make you an Imam for men.’ (Ibrahim) said: ‘And of my offspring?’ He said: ‘My covenant will not include the unjust.’ (2:124).

In this particular ayah there are four important lessons:

We all know that the Prophet Ibrahim (peace be upon him) was amongst ulu l’ azam[i] (the five resolute prophets) and this is why his story is replete with lessons for us.

This ummah was made to lead. Prophet Ibrahim (peace be upon him) in his position of leadership encountered many triumphs and tests  from early on – his idol-worshipping father, his hostile community, his wife, his children, and so on and so forth. And of course his biggest test was when Allah Almighty asked him to sacrifice his son Ismael. So we can see he faced trials after trials and tests after tests.

Similarly our ummah is being pushed through many tests and trials, plenty of challenges, ups and downs, frustration, bad days and good days, cloudy days, foggy days, rainy days, and shiny days!

We should not let these tests put us off. We should always trust Allah Almighty, as Prophet Ibrahim (peace be upon him) did, and as all the Prophets and Messengers did.and believers. We too have to pass the test. Not necessarily with A*, it could be B, C, D but at the very least it has to be a pass grade, as we cannot afford an F for failure.

Our ummah is undergoing a test now and has been ever since we received the message. Our Prophet (peace be upon him) himself endured so many tests and struggles, but he never gave up. The moment we give up then we allow shaytan to take over. Prophet Ibrahim (peace be upon him) passed his test with dignity, sabr, resilience, a strong connection with Allah Almighty, and trust. This was made plain through his handling of his tests. So to gauge the true quality of any person you have to put them through tests.

Allah Almighty said to Prophet Ibrahim (peace be upon him) ‘I’m going to make you an Imam’, i.e. the leader, the guide, the ruler. People follow the person who’s in the position of authority:

These are they whom Allah guided, therefore follow their guidance. (6:90)

Being an imam or in a position of leadership is a huge test. Power is very tempting, and dangerous, it can be used to oppress people.

The ayah shows the concern of Prophet Ibrahim (peace be upon him) for his future generations; as any father who loves his children, he wants to ensure the goodness is shared with his family, with his children, with the ones who will succeed him long after he is gone. Allah Almighty’s response shows that there leadership is not unconditional. He made it very clear when He said:

My promise will not be extended to unjust (dhalimeen)

The Importance of Justice

Leaders have to be just leaders. And in the hadith, the Prophet (peace be upon him) said that seven categories would have the shade of the throne of Allah Almighty on the day where there is no other shade.[iii]

The very first is a JUST ruler (imam adil) – not any ruler, but the just ruler, who is spreading justice not oppression. There are plenty of narrations in the sunnah of the Prophet (peace be upon him) which confirm the importance of justice, even when it’s bitter for you to implement it. Even if it’s against your own self, you have to do it. This is the concept of justice.

Among Allah’s beautiful names is al Adl, the All Just. So we have to reflect this attribute.  He said in the hadith:

O My servants! I have forbidden dhulm (oppression) for Myself, and I have made it forbidden amongst you, so do not oppress one another.

Oppression takes many forms. It could be financial, social, political and so on.  Any form of oppression is forbidden, especially when you are in the position of leadership. Leaders have the power to effect change.

How to Achieve Justice

What about the rest of us? How do we make justice happen? How do we fight oppression?

Be a community that calls for what is good, urges what is right, and forbids what is wrong: those who do this are the successful ones. (3:104)

And the Prophet (peace be upon him) mentioned in the hadith:

When you allow oppression to become a norm within your midst, turn a blind eye to it, turn a deaf ear to it, refuse to get involved, protest or change anything, this cements the evil in the community.

It’s a very long discussion about how we can change oppression in the community. Are we allowed to go against the rulers in our communities? In line with the main guidance in the Qur’an? Yes we have to change evil in our community, but without doubt we have to follow the conditions that Allah Almighty sent in the Qur’an and the sunnah of the Prophet (peace be upon him). In order to change evil, we must not create a worse evil to change it. We should not end up increasing oppression in the process of trying to stop it. So we should be familiar with the conditions.

The main thing about changing oppression or dhulm in our community is to teach ourselves that if there’s any evil around us we should not accept it verbally or physically (with conditions), or at the very least in our hearts.[iv]

As the Prophet (peace be upon him) said the weakest form of resistance is when you reject it in your heart, but do not stop it in any other way.

Our imaan requires that have a culture of standing up and resisting oppression. Our culture is to bring about reform and put forward alternatives to anything that causes harm. It is not acceptable at all to say ‘it’s not my business’, or ‘it doesn’t affect me’, when it’s almost on your doorstep. If you leave your neighbour to suffer, then soon you too will be under attack. So we need to understand this concept of never accepting a situation where we or those around us are under oppression, and never accepting evil around us, in its different forms and on different levels.

And this is why Allah Almighty mentioned towards the end of this ayah ‘my promise will not be extended to the unjust.’ It will only extend to those who are spreading justice. We all know that the fifth khalif, Umar Abdul Aziz, even though he was not of the same calibre as the first four, and only ruled for two and half years, (almost a hundred years after the hijra), is called the fifth khalif because of his justice. Everyone talks about it, even now we are still talking about it.

It is so important to train ourselves, our children, and our community about the importance of justice and knowing that the way forward is to follow the footsteps of the Prophet (peace be upon him) and the first generation. Even the biographies of the great Imams such as Abu Hanifa and Imam Malik show how they stood up to oppressors in their time. They were thrown in prison many times; lashed many times; threatened so many times. Simply because they were spreading justice and talking about evil which was being committed by the rulers. They feared no one but Allah Almighty. And this is true belief, and strong belief, when you fear no one.

The One who put the soul in your body, He’s the One who will take it, no one else. This does not mean you act irresponsibly.  Be cautious and sensible and wise whilst you are spreading justice and talking about injustice.

So the story about Prophet Ibrahim (peace be upon him) is about the importance of leadership, and the importance of justice, achieving justice and responding to the challenges and the tribulations. We ask Allah Almighty to enable us, to spread justice and to stop evil and change evil in our communities. Ameen

[ii] ‘You are the best nation produced [as an example] for mankind. You enjoin what is right and forbid what is wrong and believe in Allah. If only the People of the Scripture had believed, it would have been better for them. Among them are believers, but most of them are defiantly disobedient.’ (3:110)

[iii] The Prophet (peace be on him) said:

There are seven whom Allah will shade in His Shade on the Day when there is no shade except His Shade: a just ruler; a youth who grew up in the worship of Allah, the Mighty and Majestic; a man whose heart is attached to the mosques; two men who love each other for Allah’s sake, meeting for that and parting upon that; a man who is called by a woman of beauty and position [for illegal intercourse], but he says: ‘I fear Allah’, a man who gives in charity and hides it, such that his left hand does not know what his right hand gives in charity; and a man who remembered Allah in private and so his eyes shed tears. (Bukhari and Muslim)