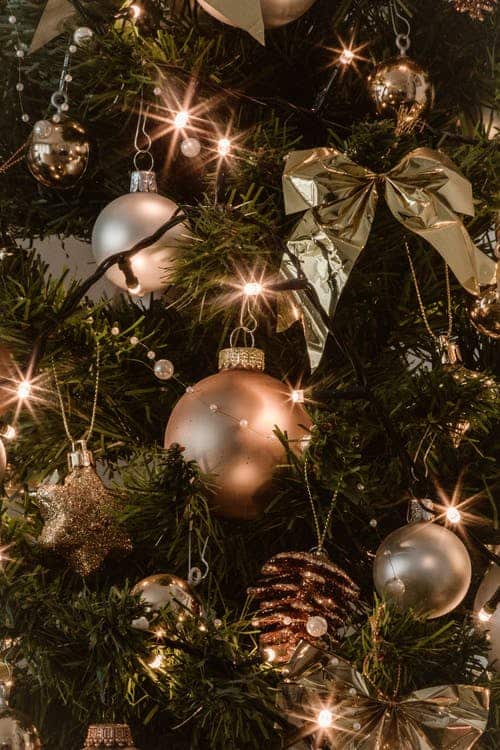 Though Muslims definitely believe in the Prophet Eesa (peace be on him), we don’t know the exact day of his birth and we don’t celebrate his birth or Christmas anyway.

Indeed we don’t celebrate the birthday of any prophet, including the Prophet Muhammad (peace be on him). Instead, we might deliver a talk about him to educate people about him and his sunnah and way of life. This would be in line with general guidance.

We need strong and deep knowledge of our prophets and messengers and we need to tell our children that though we believe in Eesa (peace be on him) as a prophet of Allah Almighty, we don’t celebrate his birthday. That is for Christians.

However living in a society, where Christmas is highlight of the year for the majority, it would be odd not to acknowledge that this is a special time for our neighbours, colleagues and friends.

Is it OK to wish someone Merry Christmas?

There has been negative media coverage about the fact that Muslims refuse to say ‘Merry Christmas’. Unfortunately Muslims often get bogged down by insignificant issues. It is not a big deal. We have many greater issues in life!

Non-Muslims send us good wishes at Eid and Ramadan, so we can send them good wishes too. This does not mean we share their belief. If they are nice to you on your Eid, then don’t reciprocate by being rude to them when it is their festival and acknowledge the happy occasions in their life.

We can reciprocate the goodwill we receive from non-Muslims on their days of happiness, but we cannot say any phrase which contains anything that goes against our beliefs or is a form of worship. On occasions where their celebration has a conflict with our belief we can say, ‘Have a nice time’, ‘Enjoy your time with your family’ or ‘Happy holidays’ or ‘Seasons greetings’ and similar phrases.

While we have serious ideological objections to the concept of Easter, which celebrates the resurrection of Christ and goes completely against our belief, we cannot say “Happy Easter”.

However the phrases ‘Merry Christmas’ and ‘Happy New Year’ are not related to belief. They are said by Christians and non-Christians alike, as an expression of general good wishes, rather than a statement regarding belief or a ritual connected to shirk. Therefore saying ‘Merry Christmas’ should not create undue angst in the minds of Muslims.

In Islam we are taught to compete in doing good, and to return goodness with whatever is better. The Quran tells us to ‘Say and deliver what is best’.

When you are greeted with a salutation, greet with one better than it, or return the same. Surely, Allah is the One who takes account of everything. (4:86)

Can you wear a Christmas jumper?

Wearing a Christmas jumper to school is fine.

Can I send out Christmas cards?

As Muslims we are meant to be the ones who set an example of how to behave and extend courtesy to all. We are meant to spread goodness and to reciprocate goodness with equal if not better goodness. Generally Islam teaches us that if someone sends you a card, the best response is to send a gift.

Can Muslims put up a Christmas tree?

Christmas trees and wreaths are symbols of a religious festival which is not Islamic, so you should not put up a Christmas tree or lights or decorations in your house. Just as we wouldn’t put up Hanukkah candles, or Diwali lights, as these are not our festivals. Our festival is Eid. The Prophet (peace be upon him) said:

Every nation has a festival, and this [Eid al FItr and Eid al Adha] is ours.” [Bukhari and Muslim]

Can children take part in a nativity production at school?

It depends on the lyrics or script of the production. If the script of your child’s role is contradictory to our belief, speak to your teacher. Discuss it nicely with them, and explain that your child cannot do this role. It may be that they can have a different role, or you might prefer to withdraw your child, depending on the production.

In addition, we can create our own nativity as an alternative nativity, the Muslim version and tell it to our children. This has been happening for a few years in London.

Our children should look forward to Eid and also understand its religious significance. They should not have the impression that Islam is boring and yearn instead for non-Islamic festivals.