The low down on gossiping, gatherings and secrets between spouses 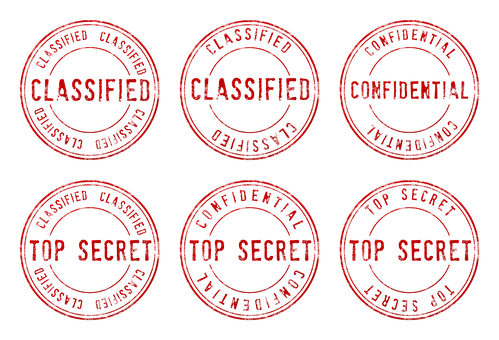 Why husbands and wives need to keep their private lives private

It is quite common in our community, among our neighbours, friends, and colleagues to get together and discuss others in gossip sessions. This behaviour is so disgusting and forbidden, that in the Quran, Allah Almighty says:

O you who believe! Avoid most suspicion—some suspicion is sinful. And do not spy on one another, nor backbite one another. Would any of you like to eat the flesh of his dead brother? You would detest it. So remain mindful of God. God is Most Relenting, Most Merciful. (4:148)

The evil of gossiping

Gossiping creates disturbance and spreads hatred. The one being gossiped about will not send you a gift and say, ‘Thank you very much for backbiting me’; he will feel angry, upset, and hurt. There are plenty of consequences which destroy good relationships between friends, relatives, neighbours and colleagues.

It is even worse, when the backbiting is of a husband or wife. The closeness of their relationship is described by Allah Almighty in Surah Baqarah:

A husband and wife are meant to cover one another’s faults and defects. They don’t expose them.

In the hadith, Abu Hurairah (may Allah be pleased with him) said:

The Messenger of Allah (peace be on him) said, ‘Do you know what is backbiting?’ The Companions said: ‘Allah and His Messenger know better.’ Thereupon he said, ‘Backbiting is talking about your brother in a manner which he dislikes.’ It was said to him: ‘What if my brother is as I say.’ He said, ‘If he is actually as you say, then that is backbiting; but if that is not in him, that is slandering.’ (Muslim)

Therefore, we need to be aware that it is sinful to engage in backbiting, as it is:

Aisha (may Allah be pleased with her) narrated the hadith Umm Zar’ which begins:

Eleven women sat (at a place) and promised and contracted that they would not conceal anything of the news of their husbands.

These women were having a gossiping session, a long time before Islam, during Jahiliya. From an Islamic point of view, it is not permissible to engage in backbiting (ghiba) or gossiping (namima). Allah Almighty mentioned in the Quran:

God does not like the public uttering of bad language, unless someone was wronged.. God is Hearing and Knowing. (4:148)

A couple’s relationship is their own business

Do not publicise the private details of any discussion and in particular your marital relationship.

When new couples embark on their married life together, they must be careful to keep what is between them and their spouse private. Do not spread your secrets outside your room or your home. You cannot control them once they have been divulged.

Allah Almighty has taught us not to publicise our private lives, unless there is a need, such as a court case where you are asked to specify the details.

If you tell your husband something and your friend repeats it back to you the next day how would you feel? If he passes on your secret to his friend, who tells his wife you would feel betrayed. And if it was intimate details that would make it even worse. Keep your private lives private.

Jabir ibn Abdullah narrated that the Prophet (peace be on him) said:

Meetings are confidential except three: those for the purpose of shedding blood unlawfully, or committing fornication, or acquiring property unjustly. (Abu Dawoud)

Parents and friends do not need to know the particulars of your relationship with your spouse. Once it has been divulged, you cannot control its spread or effect.

Abu Hurayrah narrated that the Prophet (peace be on him) said:

Is there any man among you who approaches his wife, closes the door, covers himself with a curtain, and he is concealed with the veil of Allah?

They replied: Yes. He said: Later he sits and says: I did so-and-so; I did so-and-so. The people kept silent. He then turned to the women and said (to them): Is there any woman among you who narrates it? They kept silent. Then a girl fell on one of her knees. She raised her head before the Messenger of Allah (peace be on him) so that he could see her and listen to her.

He said: Do you know what the similitude is? He said: The likeness of this act is the likeness of a female Satan who meets the male Satan on the roadside; he fulfils his desire with her while the people are looking at him.  (Abu Dawoud)

When the Prophet (peace be on him) asked the men and women if they discussed the intimacy with their spouse with others, they remained silent, however one bold girl confessed that this is exactly what was commonly happening, even though the people would not admit it.

Through this hadith we see that discussing intimacy with one’s spouse is as shameful as a shaytanic couple being intimate by the roadside in public. This is how terrible this is.

The Prophet (peace be on him) was teaching them to be discreet. Allah Almighty veiled the relationship, so do not unveil it. This applies not just to intimate details, but also any secrets within the home. The concept of veiling secrets is an important concept in our religion.

Every one of my Ummah (followers) will be forgiven except those who expose (openly) their wrongdoings. An example of this is that of a man who commits a sin at night which Allah has covered for him, and in the morning, he would say (to people): ‘I committed such and such sin last night,’ while Allah had kept it a secret. During the night Allah has covered it up but in the morning he tears up the cover provided by Allah Himself. (Bukhari and Muslim)

Do not backbite your spouse

Do not talk disparagingly about your husband in public – e.g. complain that he is lazy, or that he doesn’t do this or that… You can say some husbands are like this or that in general, but do not name your husband, or make it clear from the description that you are referring to him.

The Prophet (peace be on him said):

This applies to all gatherings, without it having to be said, whatever is discussed in the gathering is not meant to be revealed to those who were not present. They are meetings of amanah.

Can you discuss issues related to your spouse

If you want to teach others from your own personal experience you don’t need to put your stamp on it. You can generalise and say you came across something like that, but do not expose your private life.

What to do if others are gossiping

Try and stop in the best way. With kindness and gentleness steer the conversation away from it. If it continues, then leave the gathering. If you are in such a gathering even if you are not part of it, it can affect your heart. It will make your heart cloudy, or be like a stone in your heart. DO NOT STAY. If the gathering involves alcohol, and people are semi naked, the sins are multiplied. Protect your deen. If there is any haram in a gathering, either try and change it or do not be part of it.

Be mindful of Allah in any gathering

In a sound hadith from Sunan Abu Dawoud,

Whoever sits in a place where he doesn’t remember Allah, he will suffer loss and incur the displeasure of Allah (Abu Dawoud)

He gives wisdom to whomever He wills. Whoever is given wisdom has been given much good. But none pays heed except those with insight. (2:269)

If you do not remember Allah in that gathering it is a big loss.

Dua before leaving the gathering

When leaving the gathering, make dua for Allah to forgive any mistakes. Abu Hurairah (may Allah be pleased with him) reported that the Messenger of Allah (peace be on him) said,

Whoever sits in a gathering and indulges in useless talk and before getting up supplicates:

Glory is to You, O Allah, and praise is to You. I bear witness that there is none worthy of worship but You. I seek Your forgiveness and repent to You.

He will be forgiven for (the sins he may have intentionally or unintentionally committed) in that assembly. (Tirmidhi)

Imam Tirmidhi described the gathering of the Prophet (peace be on him) who is our role model as a gathering of hilm (forbearance) and haya (humility), patience and trust. It is haram to betray an amanah.

The Prophet (peace be on him) taught his ummah to learn the adab of gathering, and protecting the dignity of those not present. No one would shout or scream. No mistakes were committed and they did not discuss issues which could lead to haram. The Prophet (peace be on him) protected his gathering from backbiting, raised voices, arguments, which would all have lead to animosity, people feeling insulted or bullied. His gatherings were harmonious and brought hearts together.

Based on the Marriage Course by Shaykh Haytham Tamim