Is there such a thing as an Islamic dress? 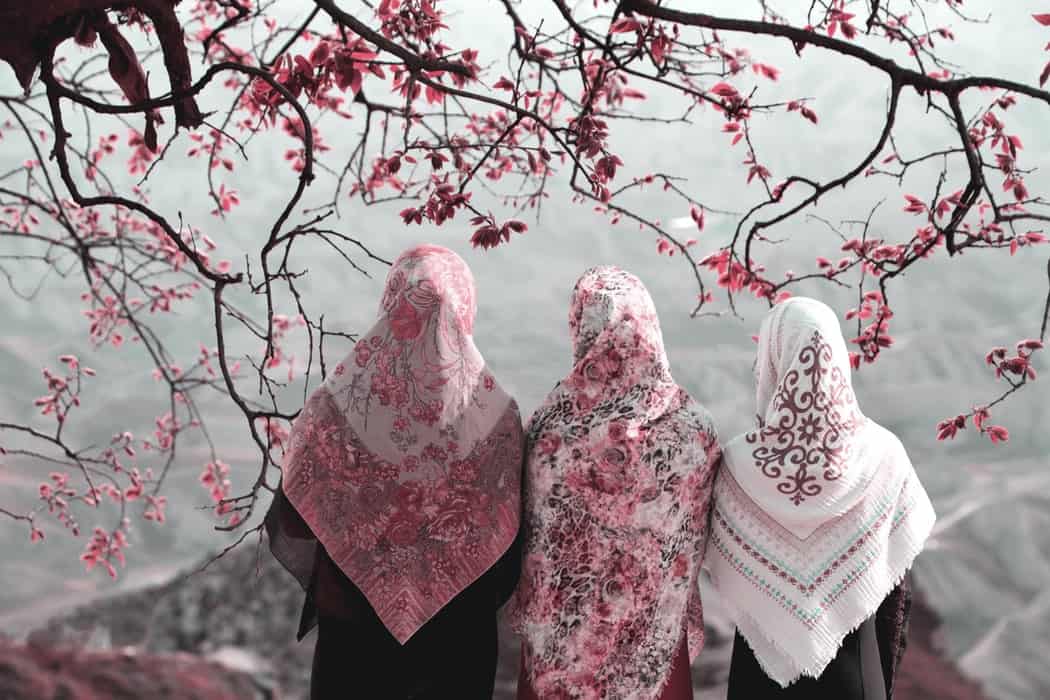 There is no such thing as an Islamic dress. We have general guidance, which we have to adhere to. The design, style and colour depends on your culture and where you live.

There are certain fashions which are prevalent in society such as ripped jeans, skinny jeans and baring different parts of the body, which is not in line with the concept of decent and dignified dress in Islam.

What can and can’t Muslims wear?

Indeed in the Prophet you have a perfect role model to follow. (33:21)

People who wear t-shirts with inappropriate slogans and pictures, such as drugs or swear words, are sending a message out that they don’t care about anyone’s feelings or anything. It is like sticking two fingers up at the world. This is not the mentality of a believer.

Believers are supposed to care about others, about be good citizens and members of society, rather than wearing clothes that are rude, silly, inappropriate or provocative.

What attire is appropriate for men?

Men too have to cover their awrah, which is between (but not necessarily including) their navel to their knees. They should not dress in tightly fitted clothes, though many men go to the gym and like to show off their muscles by wearing clothes that are too small for them. Some of these men are da’ee (those who invite others to Islam) and every time they appear on YouTube, their muscles are on display. Though it is not haram, it is not appropriate or from the etiquette for them to do this.

Any form of dress that attracts the other sex is not permissible. Who said that women don’t feel attraction? For this reason, it is not just for women but for men to observe appropriate attire.

It is impermissible for men to wear silk or gold jewellery as per numerous clear hadith on the matter:

‘Ali ibn Abi Talib (may Allah be pleased with him) said that the Prophet (peace be upon him) took a piece of silk in his right hand and a piece of gold in his left, held them aloft and said: “These are haram for the males of my ummah and permitted for the females.” (Sunan an Nasa’i)

Abu Moosa (may Allah be pleased with him) reported that the Prophet (peace be upon him) said:

“Gold and silk have been permitted for the females of my ummah and forbidden for the males.” (Tirmidhi)

This prohibition is for men only and is waived if someone has to wear silk due to a medical condition.

Silk ties are permissible because they are considered any accessory rather than a garment as long as they are not wider than four fingers’ width of silk, because of the hadith of ‘Umar ibn al-Khattaab (may Allah be pleased with him) who said:

The Prophet (peace be upon him) forbade the wearing of silk except for an area the width of two fingers, or three or four.” (Muslim)

Anas reported that the Prophet (peace a be upon him) allowed ‘Abd al-Rahmaan ibn ‘Awf and Ibn al-Zubayr (may Allah be pleased with them both) to wear silk because of a skin irritation that they suffered from. (Bukhari and Muslim)

What attire is appropriate for Muslim women?

Women have to wear hijab.

The Quran is absolutely clear on this matter. Though some argue that it is not a requirement, in fact there is no room for debate on this as we will see in this article.

The debate about the hijab is purely a modern phenomenon.

Allah Almighty used the imperative form of the verb liyadribna i.e. pull/draw, making clear that it is a command:

Do women have to wear an abaya?

O Prophet! say to your wives and your daughters and the women of the believers that they let down upon them their over-garments; this will be more proper, that they may be known, and thus they will not be given trouble; and Allah is Forgiving, Merciful. (33:59)

The Quran did not invent a new dress. The Prophet (peace be on him) dressed like the Arabs and you could not distinguish him from his companions, however, he did stipulate how to modify their garments to make them shariah compliant. Clothes must be not see-through, or fitted. As long as they are not revealing, and cover the body, this is acceptable.

To wear an abaya is a recommendation, but not an obligation. In order for something to be an obligation, legal scholars distinguish between levels of command and there are many categories, from fard, wajib, sunnah. Not all commands are fard.

The abaya is not THE Islamic dress, it is AN Islamic dress. If the Prophet (peace be on him) had gone to Siberia, would he have worn a thobe? No. He would have worn a long, thick coat. Islamic dress is anything that covers the awrah (nakedness) that is decent and modest.

Is there a restriction on colours that women can wear?

Some women consider it more pious or think it will draw less attention to themselves, but in some societies, black stands out more. Are women recommended to wear particular colours?

It depends on the society you are in. Go with your community. In some African cultures for instance, they wear bright colours which reflect the colours of the trees and jungle and the environment they live in. It is vibrant and beautiful. It would alien to dress in black in that community. Similarly in China they wear a certain type of clothes. If you wear something else you will look odd. The Prophet (peace be on him) wore the same dress as those in his community, the same as Abu Lahab, Abu Talib and the Kufaar (disbelievers) in our terms.

Apart from the fact he would not wear clothes that dragged on the ground, he wore the same style of dress as those around him, which were appropriate for the climate and the area. He did not invent a new dress for Muslims.

Is there a restriction on colours men can wear?

The principle is that men should not wear colours that are effeminate. There is no specific colour that they cannot wear as it depends on social norms. For instance, we cannot say that men should not wear red, as Scottish men wear red in their tartans and it is not considered a feminine colour. However in other societies, bright red and bright pink are usually worn by women, and should therefore be avoided by men in those societies. The basic idea is that the male and female sex should be distinct from each other.

Can you wear clothes with images of creatures?

If your clothes have small creatures on your clothes, such as little birds and butterflies, you may wear them.

Can women wear make up in front of non-Mahrams?

Many scholars have written chapters on beautification, what is or isn’t allowed. But within this, we need to understand the most important concept, which is not to overstep the limits of Allah Almighty.

“And say to the believing women that they should lower their gaze and guard their modesty; that they should not display their beauty and ornaments except what must ordinarily appear therof; that they should draw their veils over their bosoms and not display their beauty except to their husbands, their fathers, their husbands’ fathers, their sons, their husbands’ sons, their brothers, or their brothers’ sons or their sisters’ sons, or their women or the servants whom their right hands possess, or male servants free of physical needs, or small children who have no sense of the shame of sex, and that they should not strike their feet in order to draw attention to their hidden ornaments. And O you Believers, turn you all together towards Allah, that you may attain Bliss.” (Quran 24:31).

A woman beautifies herself for her husband. Outside the house makeup is not allowed. And only if your husband likes it, of course. And if he does, it’s rewarding for her to wear it for him.

Outside the home, a woman is not permitted to display her beauty to other men, who are her non-mahrams.

Under beautification we have many other things, such as fake eyelashes, fake hair, coloured contacts etc. Are they allowed? It depends whether you are in your home or not.

At home, we see the example of Aisha (may Allah be pleased with her) who used to adorn herself for her husband:

It is a good thing without a doubt to dress well and enjoy the favours that Allah Almighty bestowed on you.

At home and especially in front your husband, a woman is encouraged to look good, to dress well, to take care of her hygiene and appearance. And it is the same for him, to look good for her.

Outside the home, in front of non Mahrams it is not permissible for women to wear make-up or beautify themselves, as they have been commanded to be modest in their dress and appearance.

“O you Children of Adam! We have bestowed on you raiment to cover your shame as well as to be an adornment to you. But the raiment of righteousness, that is the best. Such are among the Signs of Allah, that they may receive admonition.” (Quran 7:26)

Is the hijab obligatory?