Ghazali’s 20 rules for dealing with people. Rules 14-15 Hurry to help others and initiate the salam. 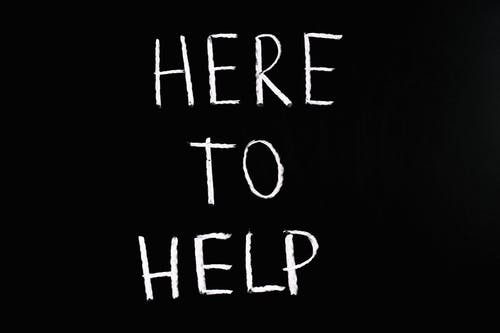 Rule 14: Hurry to fulfil the needs of others

Shafa means to intercede for someone. Shafa is not just limited to intercession on the Day of Judgement, but also means to help and support others, and to use your influence and connections to help others.

And cooperate in righteousness and piety, but do not cooperate in sin and aggression. And fear Allah; indeed, Allah is severe in penalty. (5:2)

Allah Almighty is commanding us to help one another to achieve goodness. The Prophet (peace be on him) said we should intercede for one another and be rewarded. Therefore, if you can help someone, then do it, or if you know someone who can help them, put them in touch with the person who can help.

Help others and connect them to those who can help

Islam does not have promote an attitude that other people’s problems are theirs, and you do not need to do anything. Whatever you can do in your capacity to help others, you should do.

Shafa is like being an ambassador of goodness. Even if you didn’t fulfil the need of your brother, at least try. You might intercede and then discover it is beyond your ability, but at least you tried. Keep the flame of helping others alive in you. The moment this flame is extinguished, you adopt ‘I don’t care’ attitude.

You should feel that everything in the Muslim community is your concern. Instead of not caring, and being selfish, be the one who offers support. Islam does not support ‘Me, myself and I’. The community is one unit, so you give people a hand. When you need help you will find it because you did goodness and Allah eases the way for you.

To stand with your brother for a moment is better than your seclusion in the mosque for a year.

The reason for this is that when you support a person, the goodness ripples outwards and has a knock on effect on society. It is public benefit over private benefit. When you support someone, it is not just on person who benefits, but their wife, relatives, community, etc. Whereas when you do etikaf, the beneficiary is just you.

Do not give false hope

When you offer your help, tell them that you will try your best, but you cannot guarantee that you will be able to sort out something, don’t give false hope to people. Say ‘I can’t promise, but I will do my best’ and then genuinely do your best.

Do not intercede for haram

The Makhzoom tribe came to Zayd and asked him to intercede for the woman. Zayd went to plead her case to the Prophet (peace be on him) but he was so angry that Zayd was in effect interceding against the hudud (punishments) of Allah. He commented that if his daughter Fatima were to steal he would chop off her hand.

It was narrated from Jabir that:

A woman from Banu Makhzum stole (something), and she was brought to the Prophet. She sought the protection of Umm Salamah, but the Prophet said: “If Fatimah bint Muhammad were to steal, I would cut off her hand.” And he ordered that her hand be cut off. (Nasai)

We see from this that you cannot intercede for the haram. If you do, you will be sinful. As an example, if someone wants help to buy a pub, you cannot help him. It is obvious haram. It is not a case of helping him in anything because he is your friend. It can only be in what is permissible and legal as per the shariah.

There are many narrations on the etiquettes of the salam, such as greeting each other with a smile and how to greet a group, or a passerby, how it should be done between youngsters and elders, and who should say it first and how they should say it.

One of the first speeches given by the Prophet (peace be on him) when he arrived in Madinah urged people to say the salam and creates good relationships.

It is the right of every Muslim to be greeted and if he greets you it is incumbent to reply. To say salam is sunnah, to reply is wajib. Moreover, the tone of your voice is important. You should not, for instance, raise your voice when you arrive if people are asleep there, so they are not disturbed. You cannot say salam to someone who is in the toilet. Therefore we apply the rule but with the right etiquettes. Otherwise you might apply the rule without the etiquette and create more harm than good.

When we used to attend the circle of our shaykh, it was very annoying when we were all focused on his lesson, and someone arrived late but instead of sitting down quietly, he said it so loudly, he disturbed everyone’s concentration and disrupted the flow of the shaykh. This is not the correct understanding of initiating the salam.