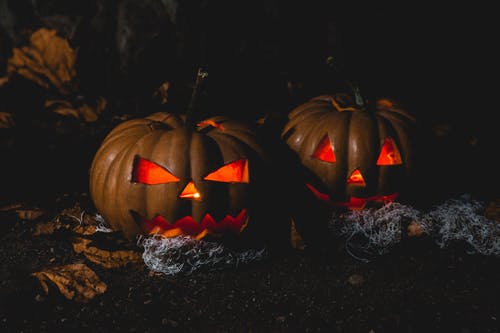 Halloween is not a religious festival

Halloween is not a religious festival, though it appears to have its origins in pagan and later Christian traditions. It is a secular celebration.

Traditionally it is thought that the Celts believed that on the night of 31st October, the ghosts of the deceased returned to the world. Historically, it may have been a day to mark the end of the harvest and the onset of winter and over time, 1st November became the Celtic New Year.

Later it became Christianised as Pope Gregory III designated 1st November as the day to celebrate All Saints Day, and the evening before it was known as All Hallows Eve, and later Halloween.

Halloween evolved into a day of activities like trick-or-treating, carving jack-o-lanterns, festive gatherings, donning costumes and eating treats. It became a secular tradition.

Nobody celebrating it today – at least in the UK, does so under the banner of Christianity or paganism.

I am not saying that you should therefore celebrate Halloween, or that you have to participate in it. However, I do not think anyone participating in Halloween is worshipping an idol or evil.

It is not a day related to worship. If you stopped anyone at Halloween and asked them why they were dressed up, going trick or treating or carving a pumpkin they would not reply they are worshipping the devil or anything religious at all.

Can children dress up, go trick or treating or carve a pumpkin at Halloween?

There is nothing wrong with carving a pumpkin – it is not a symbol of worship. Though it would be preferable to carve it with a smile instead of a grimace or frown.

It is a bit of fun to carve a pumpkin or collect sweets in your street in a safe environment, accompanied by an adult. As long as you are not causing anyone harm, or incurring any harm, and people are enjoying themselves it is permissible.

Can you dress up as a witch?

It is up to your choice. It wouldn’t be my choice.

No one is saying that you have to go out trick or treating, dress up or carve a pumpkin, but it is not right to call anyone trick-or-treating kufaar, as you cannot label others or stamp something haram unless you have evidence that this action is haram.

Is it permissible to watch horror movies?

Halloween is often a time for horror movies. Are they haram? It depends on the movie. Some are fine, others have inappropriate sexual content. The concept of the horror movie itself is fine for those who like this type of film. Just like funfair rides, some people love them and others hate them. It is a personal choice as long as their content is within the limits of what is permissible.

Many people consider Valentine’s Day to be haram. This is generally based on emotion. As Valentine’s Day is part of Western Culture and Islamically we do not have a day when people express love, it is assumed that this must be haram.

One might argue that Halloween like Valentine’s Day must be haram on the basis that Ibn ’Umar (may Allah be pleased with him) narrated that the Messenger of Allah (peace be on him) said:

On this basis, one could say wearing a suit and tie is haram because it is imitating disbelievers, and not the dress of Muslims. That conclusion would be wrong, because wearing a suit or tie is not related to belief. As long a dress fulfils the criteria of Shariah it is considered permissible. The hadith does not apply to everything. It only applies to matters related to ibadah. For instance, wearing a cassock or a cross would be haram, because that is imitating a priest or a Christian. Those items are related to belief.

Our children should look forward to Eid and also understand its religious significance. They should not have the impression that Islam is boring and yearn instead for non Islamic festivals.

Is it haram to celebate birthdays?

Who can be called a kafir?

share
halloweenis it haram to carve a pumpkintrick or treat

Is it ok to do dhikr in the bathroom?