The problem with haste. When speed is not of the essence. 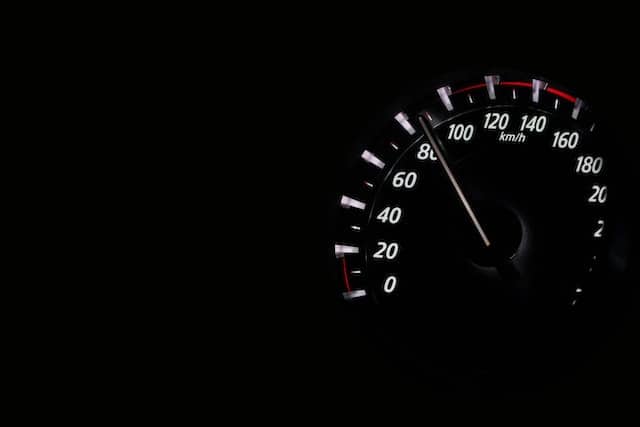 Deliberation is from Allah, and haste/recklessness is from Satan.” [Tirmidhi]

Anas bin Malik (may Allah be pleased with him) said that the Prophet (peace be upon him) said:

Deliberation is from Allah, and haste/recklessness is from Satan.” [Sunan al Kubra- Bayhaqi]

The Prophet (peace be upon him) is saying here that we are hasty by nature as Allah stated in the Quran,

In two places in the Quran Allah Almighty has mentioned that man has a tendency to be hasty. Too often, he wants to eat the fruits before planting the seeds. We are all that person, probably, at some point in our lives, especially when you are very young.

The older you get the less hasty you become, not always but in general. The Prophet (peace be upon him) is confirming that acting with deliberation rather than rushing or jumping into things is how Allah wants us to behave.

Fulfilling obligations is not hastiness

Scholars have discussed the meaning of this hadith at length. The hadith is not addressing the issue of praying on time. Praying on time is not hastiness. If you have money and you want to go to Hajj, and fulfilled the rest of the required conditions, again this is not hastiness. Fulfilling your obligations on time are not hastiness and the hadith is not referring to these. When it comes to doing goodness we should not procrastinate or delay. Speed is of the essence.

However, while praying on time is a good thing, rushing your salah is not good. Praying 4 rakaats in 1 minute is hastiness; Allah hates this because it ruins the principles and the khusho’ in the salah so you need to be careful not to be hasty. Khusho’ (attentiveness, calmness, and focus) are integral features of salah. Salah performed on auto-pilot, at the speed of a Ferrari salah is not proper salah.

Allah has warned us against being hasty. For instance, do not just do whatever comes to your mind, or say whatever pops into your head. Think before you speak. Filter your thoughts – if what you are about to say is true, good and beneficial say it, if it’s not then don’t say it with the right manner. The Prophet (peace be upon him) said:

The Prophet (peace be upon him) gave us a clear direction for how to behave – if what you want to say is good, spreads goodness, and encourages goodness then say it, if not, then don’t say it.

Sometimes you need to be quick, you need to take a decision, you have a deadline. You have to get on with it and make the best decision in that time frame. You can’t procrastinate. So we have to draw the line between deliberating and acting within the required time-frame, depending on the scenario and the details.

Think before you act

Ibn ‘Abbas narrated that the Messenger of Allah (peace be upon him) said to the Ashajj ‘Abdul-Qais:

“Indeed there are two traits in you that Allah loves: Forbearance, and deliberateness.” [Tirmidhi]

If you are hasty you do not think through all the different angles and repercussions of an action. You need to think matters and give the consideration they deserve to be able to reach the right opinion and take the right decision.

This is why the Prophet (peace be upon him) told us not to jump to conclusions. Not to do things without thinking.

Consequences of being hasty

People who have no patience cannot control themselves. They say whatever comes to their minds. If you know you are an impatient person, you need to work on increasing your patience. This will protect you from plenty of troubles and problems and regrets.

In my experience, I have seen many marital and family problems caused by rash comments made without realising what the consequences of those words would be on the family or interpersonal relationships. In the worst cases they can end with talaq being pronounced in anger. We have to learn to bite our tongue and think about what we want to say and then say it at the right ime, so we don’t have any regrets, hence haste is from Shaytan.

If it is a permanent feature, we first need to recognise it and then work on it to control it. In the second case, we need to be careful but it is hard to undo the damage once it’s done, so we try to limit it in the first place.

The bull out of the hole

This is dramatically evident in the scene when the Prophet (peace be upon him), ascended to the heavens during his Night Journey (Isra wal Meraj) and he saw scenes in hell, which included a big bull coming out of a small hole but once it was out, it could not return.

At one point, he saw a big bull with horns come out of a small hole, but he then struggled to go back down it, as he could not squeeze back in. When the Prophet (peace be on him) asked Jibril what it was, and Jibril said it was the words that had been uttered but could not be taken back. (Al-Bazzaar)

This shows the irreparable damage of saying  something without thinking, as you can’t take back.  It would be better not to have said it than to open the gates for evil.

Hastiness can produce toxic results whether it’s in behaviour or in words.

If you have said something you regret, repent to Allah and seek forgiveness from those who have wronged. It would have been better to stay dignified and not to go through the humiliation caused by recklessness and haste.

The need for speedy – when speed is of the essence

Ghazali on how to cure arrogance

The arrogant worshipper and the humble sinner

The Mistake Hunter – Being Critical for the Sake of It – Utrujj

What beauty treatments are permissible in Islam? Can women pluck their eyebrows? – Utrujj