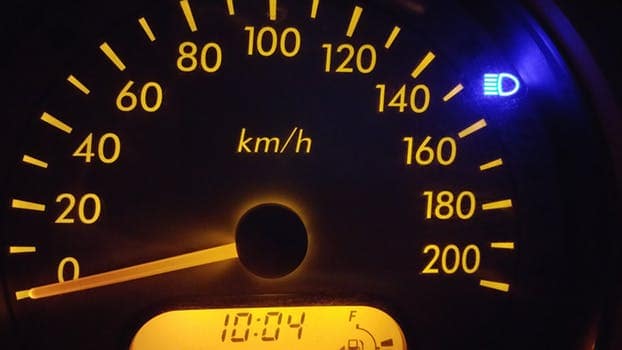 Why Speed is of the Essence

The simple formula to jump the queue when you are wishing for goodness in your life, but keep finding obstacles.

You will never attain birr (righteousness) until you spend from what you love. Whatever you spend, Allah is fully aware of it.  (3:92)

Bukhari and Muslim narrated the story of Abu Talha’s response to this revelation.

Who was Abu Talha?

Abu Talha, the extremely wealthy resident of Madinah, who owned Bairuha the most beautiful garden filled with palm trees, which was an idyllic spot for picnics. The Prophet (peace be on him) would go there to enjoy the shade of the palms, the sweetness of the dates and the fresh, cold water. Abu Talha loved his garden.

Abu Talha owned many gardens in Madinah and Bairuha’ was the best one. Anas bin Malik is reported as saying:

What was Special about Him?

When the ayah on birr was revealed, he rushed to the Prophet (peace be on him) and said, ‘Ya Rasul Allah, indeed Allah revealed ‘You will never attain righteousness until you spend from what you love.’ Be witness that for me the most favourite thing is Bairuha, which everyone in Madinah knows. The jewel of Madinah, which I give for Allah’s sake. Be witness I am hoping that I will have the reward from Him for donating it.’

The Prophet (peace be on him) said, ‘We have heard what you said Abu Talah. Distribute this among your relatives.’ So he distributed it accordingly.

Respond to your Lord Immediately

There are plenty of lessons in this hadith but my talk is not on spending. It is about responding to Allah Almighty’s immediately. Abu Talha responded the same day as the revelation came down.

Oh you who believe respond to the Messenger when he calls you to something which gives you life. (8:24)

Respond to your Lord before a Day comes from Allah of which there is no repelling. No refuge will you have that day, nor for you will there be any denial. (42:47)

Yet, so many times we lack this responsiveness. Even though we have been told many times to act upon the call of Allah Almighty, on a personal level, family level, community and ummah level, we are lacking this response. But Abu Talha and the companions did not show any reluctance.

We keep talking about the companions and the first and the second generation and their closeness to Allah and what they achieved but the key is their quick response to Allah Almighty. Not next month, not next week, not tomorrow. Today!

Why Speed is Necessary

Speed is crucial. This is what makes you come first. First come first served. The quicker the response the higher your level. It is a no-brainer.

This is the key point. This is what we have seen in this example. And there are plenty of examples similar to Abu Talha.

The starting point is ourselves. Are we seeking halal as much as possible? Are performing salah regularly and on time? Or just in Ramadan?

When Allah Almighty says ‘Oh you who believe’ are we responding? He keeps calling us, but do we refrain from what He prohibited and follow His commands? Are we really responding to Him?

Much of the time no.  Sometimes yes. This is why we have so many calamities amongst us. Look at the ongoing violations against al Aqsa.

It is not only salah and siyyam that we were commanded to do, Allah commanded us to unite our ummah, bring hearts together, to spread love, kindness and goodness in the community and towards all humanity, not just towards Muslims. Be productive. Be a good citizen. This is required of us.

Sadly we are not in conflict with our enemies but with one another. Allah Almighty says do not get in conflicts with each other. On a community and on an ummah level we have failed.

I know that as an individual I cannot change the world. But it’s good to see the bigger picture. Arabs say pebbles will build mountains when they are gathered together.

Do not postpone good deeds. As an example, the Prophet (peace be on him) said, ‘Perform hajj before you cannot perform hajj.’ [Bayhaqi]. In other words, if you have the health, wealth and safety, go before it is too late. Some people invent excuses, but it is not a valid excuse to say you can’t go for hajj because you have a mortgage.

We need the right intentions and the right response. Abu Talha wasn’t into taking selfies and posting his deeds on Instagram. The Prophet (peace be on him) praised him and Allah Almighty accepted his deed. Without the right intentions, there is no acceptance. So ask yourself are you performing your actions to show off or purely for the sake of Allah Almighty? As Allah says at the end of the ayah, ‘Whatever you spend, Allah is fully aware of it.’ So He knows what the intentions underlying your actions are not just in charitable actions but for all our actions.

We should not act with kilobyte speed or megabyte speed, as we have now fibre-optic broadband speed. Our speed should be faster than that.

If your internet doesn’t work, then you must change your provider. You must find the problem.

Analyse why you are unable to fulfil Allah’s commands. Review your course of actions and find the reason. It could be that you are not able to respond because you are not being good to your parents. If you parents are dissatisfied with you, things will be blocked in your life. Have you oppressed someone? Go back and review. Why can’t you wake up for qiyyam al layl? Or volunteer? Or break the ice with a brother or sister whom you wronged? It could be your ego. You need to control it. This is the practical way to learn from the story of Abu Talha.

Recognise the obstacles that are slowing down or obstructing your response to Allah. Remove them.  Don’t be complacent and think you are ok. There are plenty of things we have to fix. We need to improve our selves, because we never know when the call of death will come.

Do as much as possible as quickly as possible to respond to Allah and His Messenger (peace be on him).

Transcribed by Hasan Khan as part of The Khutbah Project – An initiative to involve our young volunteers in learning and spreading their deen through transcribing khutbahs.

The problem with haste- when speed is not of the essence

How to Pack for the Afterlife