Isra wal Miraj – All you wanted to know (part 3: the scenes of jahannum) 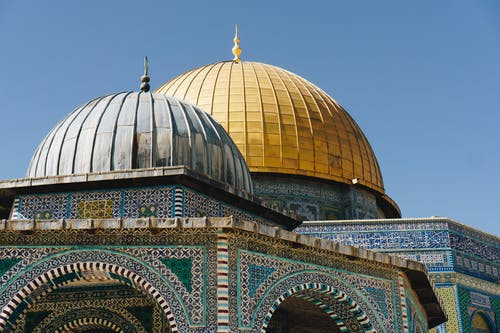 During the miraculous night journey of Isra wal Miraj, the Prophet (peace be on him) saw some of the people of hellfire. The scenes are vivid and terrifying, and a stark deterrent to sin, as they graphically represent the sin and the punishments they incurr.

The punishment for backbiting and slander

Anas ibn Malik reported the Messenger of Allah (peace be upon him) said:

“When I was taken on my night journey, I passed by people who had metal hooks in their hands and they were clawing at their faces and necks. I said: Who are these, O Gabriel? Gabriel said: These are the ones who ‘eat the flesh of people’ (49:12) and attack their honour.” (Sunan Abi Dawud)

The punishment for preachers who are hypocritical

Anas ibn Malik reported that the Messenger of Allah (peace be upon him) said:

“I saw some men on the night of my ascension, whose lips were being sheared by scissors of fire. I said: O Gabriel, who are these people? Gabriel said: Preachers from your nation who commanded people to be righteous and they forgot it themselves, yet they recited the Book. Will they not reason?”

In another narration, the Prophet said:

“Preachers from your nation who said what they did not do, and who recited the Book of Allah and did not act upon it.” (Musnad Ahmad)

The punishment for lying

Samurah ibn Jundub reported that the Prophet (peace be upon him) said:

“I saw a dream at night in which two men came to me. They said: The one whose face you saw being torn away was great liar, who would tell a lie and it would be carried until it reaches the horizons. This will be done to him until the Day of Resurrection.” (Bukhari)

He also saw the consequences of words spoken in anger:

At one point, he saw a big bull with horns come out of a small hole, but he then struggled to go back down it, as he could not squeeze back in. When the Prophet (peace be on him) asked Jibril what it was, and Jibril said it was the words that had been uttered but could not be taken back. (Al-Bazzaar)

In addition there were punishments for not returning trusts, and not praying. Among the other things he saw were the dunya in the form of a frail old lady; shayateen whispering and distracting humans from reflecting on the verses of Allah and the creation of Allah.

“Verily, the hypocrites will be in the lowest depth (grade) of the Fire; no helper will you find for them” (4:145)

The lightest punishment of hell

The least severe (in torment) level was described as reported Nu’man ibn Bashir, who narrated that the Messenger of Allah (peace be upon him) said:

“The least severely punished of the people of hell will be a man who has two shoes and shoelaces of Fire – according to another version: two live coals will be placed on the soles of his feet – because of which his brains will boil as a pot boils. He will not think that anyone is being punished more severely than him, but he will be the one who is punished most lightly.” (Bukhari and Muslim)

The meaning and significance of At-Tahiyaat