Time is more precious than money. What is your plan for this year? 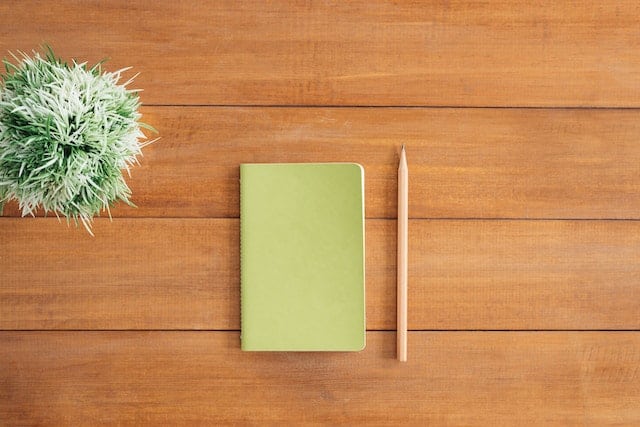 When the Horn is blown, no relations between them will exist on that Day, and they will not ask after one another. [23:101]

What did you prepare for the Day?

In these verses, Allah is talking about the Day of Resurrection. The theme which we see in these verses is time. Allah Almighty is addressing disbelievers, especially those who deny the Hereafter. This is why when Allah says the Horn will be blown, everyone will be resurrected from their graves, and Allah will ask disbelievers, not the believers, because they thought they would live forever and who did not prepare for this Day, how many years they remained on earth. Was it 60, 70, 100? They reply it might have been a day or part of a day. Ask those who keep count.

Why can’t people remember how long they stayed in this world?

When we reflect on this ayah it puzzles us – why did the disbelievers tell Allah to ask those who keep count? It is because they were so immersed in dunya that they did not care about time and they did not think they would ever be held accountable for it. So they say to Allah He should ask those who were concerned about counting the days and hours. This is the big lesson. Allah is teaching us a lesson from the example of those who deny the Hereafter. The Quran does not just teach us lessons from believers, but can teach us from the example of disbelievers as well.

These verses show us the mentality of those who had no qualms about oppressing others, stealing, depriving others of their rights, imprisoning them, simply because they thought they could get away with it. They thought they had the power and were backed by the system. Corruption was rife and they protected their self-interests by hook and by crook. They simply did not care. Allah says ‘if only you knew’ law annakum kuntum ta’lamun what was to come. Allah Almighty repeats this phrase in 11 verses over 9 surahs.

‘If only you knew’

We are just 81 days from Ramadan, and in the verses of fasting in Surat al Baqarah, Allah Almighty says:

If they had known what was to come would spare suffering in the Hereafter. Why did Allah Almighty say ‘if only they knew’ then Allah Almighty sent the prophets and messengers to deliver the knowledge to them, so why did they not know? If someone is given knowledge but does not act upon it, then they may as well be ignorant. Knowledge has to be practiced, not kept as decoration in the house.

If only they had invested their time in this world they would have saved themselves in the Hereafter. Time is a value asset. More important than money is time, as they say in the financial world, time is money, but in fact time is more precious than that because time is life.

Reflect on what you have done over the past year

As the New Year is upon us, it is wise to reflect on the previous year. As Allah Almighty said:

O you who have believed, fear Allah. And let every soul look to what it has put forth for tomorrow – and fear Allah. Indeed, Allah is Acquainted with what you do. [59:18]

Assess your losses and gains over the past year.

Be a person of optimism and not pessimism. Optimism is contagious and so is pessimism. Be optimistic as Allah taught us in Surat al Fatihah, which we recite every day, we praise Allah and show gratitude to Him from the very first word:

See the goodness Allah has bestowed on all of us. We have some hiccups and challenges in our life, but this is just one part of the picture. The bigger picture is that we are enveloped by the gifts and blessings of Allah.

Divide your assessment of the past year into three sections:

How was your relationship with Allah?

Was it good or bad? Did it fluctuate like the Bitcoin? Some people’s relationship spikes in Ramadan and then crashes like digital currencies. We need to be consistent.

How was your relationship with people? Your spouse, parents, family and friends?

Look for the goodness and the gaps. Repent for the mistakes you made. If they were between Allah and you, then do tawbah, if they were with people then performing 100 rakahs during the night does not solve it, you need to ask those whom you wronged for forgiveness so Allah can forgive you.

You need to know what is halal and what is haram. Do not let calamities and financial pressures, particularly at this time of austerity let you justify to yourself anything that is haram. A difficult time is not a licence to bend the rules, urged on by the whispers of Shaytan.

In reality, times have always been hard – that is the nature of tests. We need to seek the halal and avoid the haram. Haram is not just taking interest or selling alcohol. There are many ways to err when earning money, so you need to be informed about what is permissible or not in financial transactions. We need to seek halal earnings and keep our wealth free of the haram. As salah is not accepted if we do not the know the conditions of validity, financial transactions also have conditions that make them valid.

We all need to learn and educate ourselves about financial matters in Islam as we do Continuous Professional Development for our work.

Usually we make long lists at the start of the year, but as we say in Arabic, if you try to carry too many melons in one hand you will inevitably drop them.

Focus on the three or four areas which you will take stock of again as above at the end of next year:

1. Your worship – your salah, fasting, Zakat and Hajj. Improve your khushoo in salah. Work on getting out of the habit of autopilot salah. Improve your relationship with the Quran.

2. Improve your family relationships. Start with your parents, spouse, children and relatives in that order.

3. Work on your character. When you are under pressure it reveals your gaps and you see what you are truly made off. Are you strong or do you break? Our role model is the Prophet (peace be upon him). We need to model ourselves on him by learning more about him.

You can read Tirmidhi’s Shamail about his character and Our Master Muhammad by the late Shaykh Abdullah Siraj, As-Shifa by Qadi Iyyad, and Zahrul Khamail by Imam Suyuti, which is a summary of Shamail and easy to read with your children.

It is easy to make lists but the difficulty is it’s implementation. Imam Ghazali said it is easy to give advice but the problem is accepting it.

We need to make sincere supplication to Allah. Sincerity is the supersonic vehicle that delivers you to your goals.

Beg Allah for His support and say you can’t do this without Him. He is always there.

We ask Allah to make us prepared for the Hereafter and to follow the footsteps of the Prophet (peace be upon him).

In laws or outlaws?

The rights of the child

Increase your lifespan and provision by being to family