Fasting outside Ramadan. Can you fast on a Friday alone? 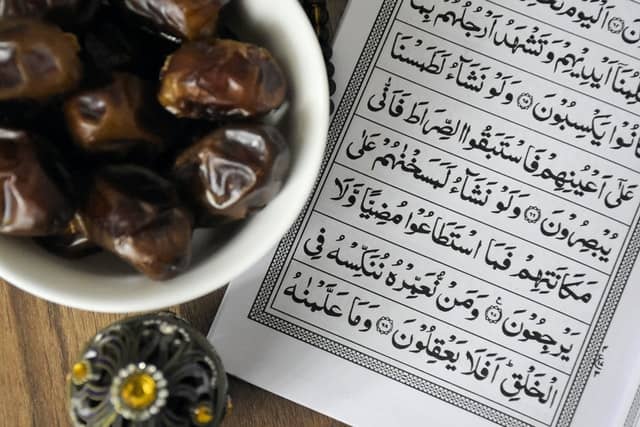 In general, as per the sunnah of the Prophet (peace be on him) it is recommended to fast on Mondays and Thursdays and the three white days i.e. the days of the full moon (13,14,15th of the lunar month).

It is also recommended to fast on Mondays:

He was then asked about fasting on Monday, whereupon he said: It was the day on which I was born. on which I was commissioned with prophet-hood or revelation was sent to me. (Muslim)

Fasting on the white days

Fasting on the three days in the middle of every lunar month (al ayam al beed) is an established sunnah. The Prophet (peace be on him) said:

“The Messenger of Allah (peace be upon him) did not fail to fast the white days either when at home or on a journey.” (Nasa’i)

Fasting on Ashurah deletes sins of one year

On the day of ‘Ashura the tenth of Muharram he said fasting deletes the sins of the previous year:

He was asked about fasting on the day of ‘Ashura (10th of Muharram), whereupon be said: It expiates the sins of the preceding year.

The Prophet (peace be on him) used to fast on Ashura, and in particular he recommended fasting on the 10thMuharram, as it was the day that Allah Almighty delivered Musa (peace be on him) and his people from Firaun, and out of their state of slavery and oppression. Jewish people fast on the 10th day, so Muslims fast on either the 9th and 10th or 10th and 11th.

If it falls on a Monday or Thursday there is a double reward as those are already recommended days to fast.

There are some viral messages that circulate discouraging people to fast when Ashura falls on a Saturday based on a hadith (quoted in Tirmidhi) that the Prophet (peace be on him) said do not fast on Saturday, as it is disliked.

This is complete misunderstanding, as the scholars have said it is from the sunnah from the Prophet (peace be upon him) not to fast on Saturday because it’s a sacred day for the Jewish nation, and we are not allowed to emulate them. And we are not allowed to fast on Fridays alone because it’s a sacred day. Unless that day happens to coincide with another occasion such as Ashura or the Day of Arafat when we fast not because it is Friday or Saturday, but because it is a Sunnah to fast on that special day.

Minor sins are deleted but not major sins

When the narrations say that sins are deleted, these are minor sins.

Major sins require tawbah (repentance) to be deleted, and require you to rectify your wrong. For instance, if you have taken something from someone, you have to return it to them. It is not enough to fast. If you failed to return a debt it is not expiated by fasting, you need to return the debt and if you have hurt someone you need to apologise to them. You have to reconcile with those with whom you have issues to clear your slate.

Fasting on the day of Arafah deletes sins for two years

One of the companions Abu Qatada, also known as al Harith bin Ribi’i (may Allah be pleased with him) asked about fasting on the day of Arafah and the Prophet (peace be on him) said:

Fasting the day of ‘Arafah I hope Allah will expiate thereby for the year before it and the year after it. (Muslim)

Those who are performing Hajj should not fast on Arafah Day.

Can we fast on the Day of Arafah if it is a Friday?

Abu Qatadah (may Allah be pleased with him) narrated that the Messenger of Allah (peace be upon him) was asked about fasting on the day of ‘Arafah and he said:

“It expiates for the past and coming years.” (Muslim)

The prohibition to fast on Friday is when it is not a special day.

People are sending messages that it is prohibited to fast on the Day of Arafah if it is a Friday based on the hadith in Bukhari. Sadly, they are quoting hadith without any knowledge or context. Do not cut and paste hadith and promote a concept without knowing the bigger picture, do not put yourself in the wrong position. These hadith are not referring to Fridays which fall on Sunnah day to fast.

When not to fast

In general do not pick a Friday alone to fast on thinking it is more blessed than any other day. However if you are making up a missed fast or it is a blessed day or you fast the day before it or after it, as Abu Hurayrah (may Allah be pleased with him) said:

“I heard the Prophet (peace be upon him) say, ‘None of you should fast on a Friday unless he fasts the day before or the day after.’” (Bukhari)

We do not fast on the tenth day of Dhul Hijjah which is Eid day and it is forbidden to fast on Eid and the three days following Eid al Adha (not Eid al Fitr).

Abu Sa’eed al-Khudri (may Allah be pleased with him) narrated that the Prophet (peace be on him) forbade fasting on the day of al-Fitr and al-Nahr (the day of sacrifice, the tenth day of Dhul Hijjah). (Bukhari)

The days of al-Tashreeq are days of eating, drinking and remembering Allah. (Muslim)

The days of al-Tashreeq which are the three days after Eid al-Adha (the 11th, 12th and 13th of Dhu’l-Hijjah).

In a famous hadith, the Prophet (peace be upon him) was asked by Usama bin Zayd (may Allah be pleased with him):

‘O Messenger of Allah, I do not see you fasting any month as much as in Sha’ban?’

The virtues of fasting in Sha’ban

When asked why he fasted so much in Sha’ban, the Prophet (peace be upon him) replied:

‘That is a month to which people do not pay much attention, between Rajab and Ramadan. It is a month in which the deeds are taken up to the Lord of the worlds, and I like that my deeds be taken up when I am fasting.’ (An-Nasaai)

The reward of fasting any six days in Shawwal after fasting in Ramadan is equivalent to fasting for a whole year, as per the narration of Abu Ayub Al-Ansari (may Allah be pleased with him), who narrated that the Messenger of Allah (ﷺ) said:

“Whoever fasts during the month of Ramadan and then follows it with six days of Shawwal will be (rewarded) as if he had fasted the entire year.” (Muslim)

This is an authentic hadith from Sahih Muslim which also appears with slight variations in several other books of the Sunnah of the Prophet (ﷺ). He used to fast for an extra six days after Ramadan, and we can do the same – not necessarily on six consecutive days, but any days which are convenient for us in the month.

The sunnah complements the fard

Ibn Rajab commented that Allah gave us the sunnah with every fard as it complements the fard.

As we never manage to fulfil our obligations with a 100% grade, the sunnah makes up for our shortfalls. Thus the obligation of Ramadan is complemented by the six days of Shawwal, which compensate for the mistakes and shortcomings in Ramadan.

Why you should fast on the day of Arafah

Fasting in shawwal with a dual intention

The significance of the Shawwal fasts