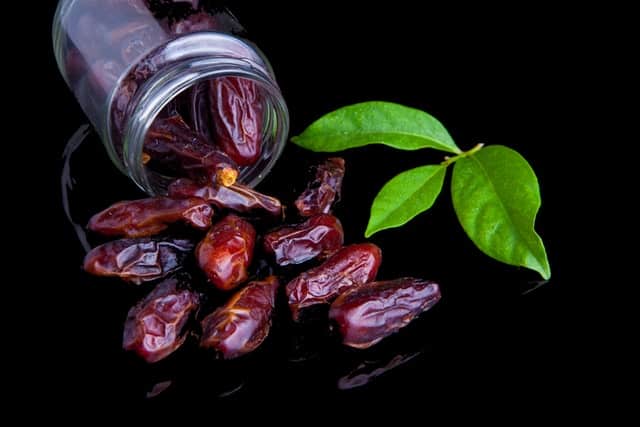 The reward of fasting any six days in Shawwal after fasting in Ramadan is equivalent to fasting for a whole year, as per the narration of Abu Ayub Al-Ansari (may Allah be pleased with him), who narrated that the Messenger of Allah (ﷺ) said:

“Whoever fasts during the month of Ramadan and then follows it with six days of Shawwal will be (rewarded) as if he had fasted the entire year.” (Muslim)

This is an authentic hadith from Sahih Muslim which also appears with slight variations in several other books of the Sunnah of the Prophet (ﷺ). He used to fast for an extra six days after Ramadan, and we can do the same – not necessarily on six consecutive days, but any days which are convenient for us in the month.

The sunnah complements the fard

Ibn Rajab commented that Allah gave us the sunnah with every fard as it complements the fard.

As we never manage to fulfil our obligations with a 100% grade, the sunnah makes up for our shortfalls. Thus the obligation of Ramadan is complemented by the six days of Shawwal, which compensate for the mistakes and shortcomings in Ramadan.

Abu Hurayrah (may Allah be pleased with him) said that the Prophet (ﷺ) said: The first thing about which the people will be called to account out of their actions on the Day of Judgment is prayer. Our Lord, the Exalted, will say to the angels – though He knows better: Look into the prayer of My servant and see whether he has offered it perfectly or imperfectly. If it is perfect, that will be recorded perfect.
If it is defective, He will say: See if there are some optional prayers offered by My servant. If there are optional prayer to his credit, He will say: Compensate the obligatory prayer by the optional prayer for My servant. Then all the actions will be considered similarly. (Abu Dawoud).

According to the well-known narration the reward of fasting the six days is like fasting for a year:

Fasting one month equal ten months, and six days afterwards equals two months and this is one year. (Nasa’i and Ahmad)

Fasting for a month and six days is 36 days and when you multiply this by ten it comes to 360 which is the number of days in a lunar year.

Why are there six additional fasts after we fasted for a month in Ramadan?

The Prophet (ﷺ) wanted us to be constantly engaged in ibadah (worship) as this shows our gratitude to Allah for His countless favours. As Allah Almighty said in the verses on fasting in the Quran, the purpose of fasting is to make us grateful:

Allah intends ease for you, not hardship, so that you may complete the prescribed period and proclaim the greatness of Allah for guiding you, and perhaps you will be grateful. (2:185)

We show gratitude to Allah through our worship. This is why when the Prophet (ﷺ) was asked why he was praying in the night when Allah had forgiven him all his sins, he replied that it was out of gratitude for Allah.

The reward of having all of our sins forgiven is so huge, would we not want to thank Allah for it? Fasting in Ramadan with the hope and expectation of forgiveness of our previous sins, is paid on the day of Eid al-Fitr, the day of rewards.

Abu Hurayrah (may Allah be pleased with him) reported that the Messenger of Allah said:

Therefore resuming fasting after al-Fitr is how we can thank Allah for this blessing. There is no blessing greater than the forgiveness of sins. The Prophet (ﷺ) taught us this through the beautiful hadith explaining why he spent so long in night prayer.

Al-Mughirah ibn Shu’bah reported that the Prophet (ﷺ) would pray until his feet were swollen. It was said to him, “Why do you do this when Allah has forgiven your past and future sins?” The Prophet said, “Shall I not be a grateful servant?” (Bukhari and Muslim)

One of the signs of acceptance of your worship is showing gratitude.

Fasting the extra six days are optional. They should not be considered an obligation, and Imam Malik was very clear that one should not turn these six days into an additional obligation after Ramadan, as Ramadan is an obligation but Shawwal is voluntary. Therefore his opinion was that it would be haram to fast the six days of Shawwal as if it is obligatory; one should be cognisant that they are a bonus.

What if I do not manage to fast the six days of Shawwal?

We can carry the spirit of Ramadan with us throughout the year by fasting a few days every month, keeping us connected to Allah. The benefits are enormous.

‘Abdullah bin ‘Amr bin Al-‘As (may Allah be pleased with them) reported:

The Messenger of Allah (ﷺ) said: “Observing Sawm (fasting) on three days of every month is equivalent to fasting for a lifetime.” (Bukhari and Muslim)

Again we see the same mathematical formula as Ramadan and Shawwal – three days every month is 36 and comes to 360 when you multiply it by ten.

In another narration, Abu Hurayrah (may Allah be pleased with him) said:

“I heard the Messenger of Allah say: ‘The month of patience (Ramadan) and three days of each month is fasting for a lifetime.”‘ (Nasa’i)

Fasting the additional days in Shawwal make up the shortfalls in our ibadah in Ramadan. It also shows dedication and commitment – our desire to continue worshipping Allah, not just in Ramadan, but continually and beyond it. And finally it shows our gratitude to Allah for His favours.

We see that the Sunnah is encouraging us to continue worshipping Allah not just by praying, but by fasting regularly and consistently throughout the year. It enables us to consolidate and build on what we learnt in Ramadan and remain connected, mindful and grateful to Allah.

May Allah Almighty make us of those who are grateful, who worship Him and seek His pleasure. Ameen

Can I make a dual intention for the Shawwal fasts?

When should I make the intention to fast?